Here's Why Uber Would Spend $3 Billion on Maps

In this photo illustration the smart phone taxi app 'Uber' shows how to select a pick up location at Cibeles Square on October 14, 2014 in Madrid, Spain.
Pablo Blazquez Dominguez—Getty Images
By Alex Fitzpatrick

Ride-hailing company Uber is willing to pay up to $3 billion for HERE, a Nokia-owned mapping service that competes with Google Maps, the New York Times reports.

Nokia, a Finnish company you probably best know for its trademark and stubbornly infectious ringtone, is undergoing a highly transformative shift. Once a leading smartphone maker, it’s now focusing networking hardware business. The biggest sign of that shift: Nokia sold its handset division to Microsoft for more than $7 billion last year. So it makes sense for Nokia to want to unload its mapping unit, for which it could earn a pretty penny while also increasing the company’s focus.

But why would Uber want a mapping company? Two reasons.

Uber’s backend systems are powered by Google Maps. When you load up Uber’s app and drop a pin for a pickup, that’s Google Maps. When your driver is following GPS directions to your destination, that’s Google Maps too. Uber’s recent moves into shipping packages rather than people signal it’s interested in becoming more of a full-on logistics company, akin more to UPS than your local yellow cab service. For Uber, having its own mapping unit would reduce its dependence on another company — Google — while it continues to evolve.

There’s another factor at play here, too. Uber executives haven’t been shy about their fondness for driverless cars; the company is partnering with Carnegie Mellon University to work on the technology. After all, robots don’t strike for higher wages, nor do they assault passengers.

Driverless cars need two things to work. The first is on-car sensors, which constantly monitor for changing road conditions that require an immediate response, like pedestrians and stop signs. The second is maps, which tell the car where to go on a bigger scale. For driverless cars to be feasible, the maps that power them have to be updated constantly. Imagine a driverless car doesn’t know that construction means a bridge is out, for instance: Dead end. Acquiring HERE, then, would help Uber more quickly realize a future where driverless cars get us all from A to B without us batting an eyelash. 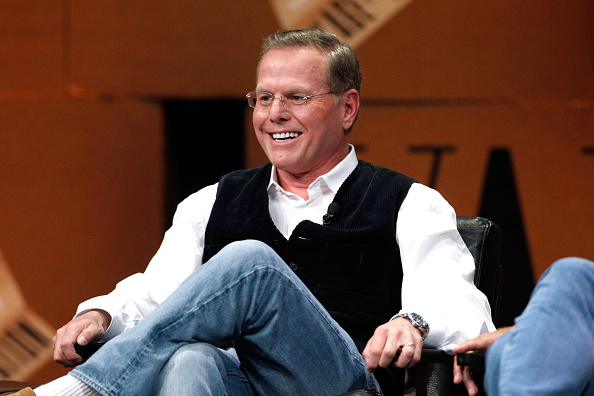 Meet the Hollywood CEO Who Got a 360% Raise
Next Up: Editor's Pick