Here's How Anna Kendrick Is Writing Her Book of Essays

Anna Kendrick at the screening of Pitch Perfect 2 in London.
Joel Ryan—Invision
By Nolan Feeney

If you’re one of the nearly four million people who follow Anna Kendrick on Twitter, you already know she’s as funny with her writing as she is in movies like Pitch Perfect, whose sequel hits theaters May 15. But with a recently announced book of essays due next year, Kendrick says she’s a little daunted by the jump from 140-character musings to hundreds of pages.

“Obviously I’m hoping to find my own voice, but having never written anything before, I’m not really sure what to expect,” she says of joining Tina Fey, Mindy Kaling and the club of other comedic actresses with essay collections under their belts. “But it’s going to be fun. Part of me is like, ‘Yeah! I’m writing a book… if I can.’ Is that something I can do? I’ll find out.”

Kendrick’s writing process is decidedly new-school — you won’t find the Oscar-nominated actress sitting down at her computer to hammer out chapters in their entirety. “I’ve got like notes all over my phone in different places, different apps,” she tells TIME. “I got my Stickies on my Mac, and I’ve got seven different Word documents that I just keep adding stuff to. I’ve got Post-it notes everywhere, so I’m hoping that when I get the chance to sit down and look at it all together, it’ll add up to something.”

As for the material she’ll cover, Kendrick says she’s letting the topics choose her instead of the other way around. “If I was trying to do it like, ‘What are my thoughts on men?’ I would be like, ‘I don’t know! I don’t have thoughts on men!'” she says. “I just keep remembering stupid things that happened to me when I was younger and many, many stupid things that happened to me recently. [I’m] trying to write them down and see if it comes out more funny—or more tragic.”

Read next: Anna Kendrick on Making Pitch Perfect 3: “I’m Not One to Count My Chickens” 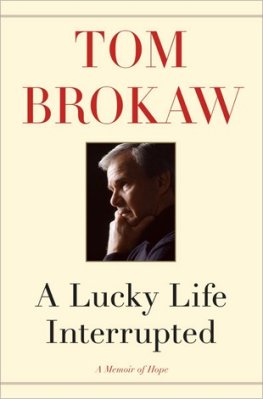 The Most Heartbreaking Moments in Tom Brokaw's Cancer Memoir
Next Up: Editor's Pick