Men Are Right to Be Terrified About Mother's Day

Getty Images/RooM RF
Ideas
By Marina Adshade
Marina Adshade is a professor of economics at the Vancouver School of Economics a the University of British Columbia and the author of Dollars and Sex: How Economics Influences Sex and Love.

The Monday after Mother’s Day last year, Camille (not her real name), a woman in my friend’s nursing program, arrived at work despondent and angry that her husband had made no effort to celebrate the day. She had expected flowers, gifts, brunch, and an outpouring of love and affection. That disappointment might seem reasonable given the way the holiday has evolved over the past century to one that is less about mothers and more about women in general.

The original purpose of Mother’s Day, first proposed by Anna Marie Jarvis in 1907, was for children to take the time to express appreciation to their mothers. Jarvis envisaged a simple tradition in which each child hand-wrote a note to their mother thanking her for all that she had done throughout the year.

President Woodrow Wilson declared the day a national holiday in 1914, and from that point on, as far as Jarvis was concerned, it went downhill. The holiday became widely commercialized in the early 1920s when handwritten thank-you notes were replaced with purchased cards, flowers, and gifts. There was money to be made on Mother’s Day, and, while the initial sentiment was still there, the holiday has a very long history of being shaped by economic profit.

According to the National Retail Federation, Americans are planning on spending a record-setting more than $21 billion for Mother’s Day this year. That’s an average spending of about $215 for each man and $133 for each woman who participate in the holiday. That might seem like a lot to spend on Mom, but the truth is that much of that money is spent on people in entirely different types of relationships.

So maybe there is reason to sympathize with Camille, given how many men express their appreciation to the women who are helping to raise their children on this day. Except for one thing: Camille and her husband have no children. She is not a mother, and her expectation for special treatment on Mother’s Day was based solely on her status as a wife and future mother of his children. 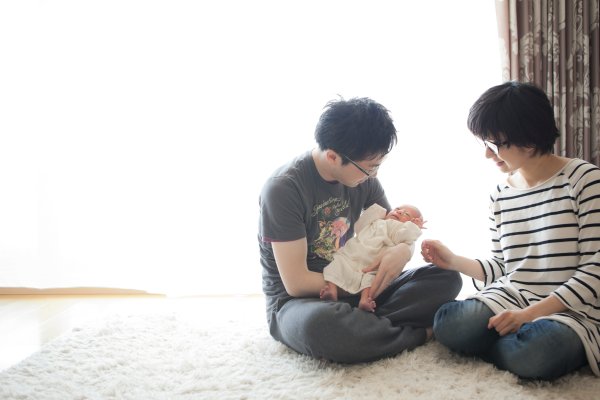 Parents Spend Less Time Caring for Babies Than They Think
Next Up: Editor's Pick