Baltimore Police Department Commissioner Anthony Batts, center, approaches a news conference before announcing that the department's investigation into the death of Freddie Gray was turned over to the State's Attorney's office a day early on April 30, 2015.
Patrick Semansky—AP
By Maya Rhodan

Baltimore Police Commissioner Anthony Batts said Thursday he welcomed “with open arms” a request by Mayor Stephanie Rawlings-Blake for a Department of Justice civil rights review of his department.

“We have never shied away from scrutiny or assistance,” Batts said in a statement. “Our work is ongoing and anyone who wishes to be a part of helping the department better connect with the community will always be welcome.”

Rawlings-Blake asked for a full-scale civil rights review of the “patterns and practices” of the Baltimore police department in the wake of 25-year-old Freddie Gray’s death. Gray died from injuries sustained while in police custody and his death sparked outrage across the city. Six police officers were charged last week in Gray’s April 19 death.

“We need to have a foundation of trust,” Mayor Blake said at a Wednesday press conference. A “collaborative review” of the Baltimore police department by the Department of Justice is already ongoing, but that doesn’t carry the weight of the full-scale civil rights investigation Mayor Blake has asked for.

Americans Aren’t Supposed to Be Jailed Before Trial Just Because They Can’t Make Bail. But It Happens All the Time

Batts noted Thursday the Baltimore Police Department was already attempting to address some of these issues, and said as a result of changes they began implementing over two years ago, there was a “54% reduction in discourtesy complaints, a more than 40% reduction in excessive force complaints and a dramatic drop in lawsuits.”

Baltimore Protests, Then and Now 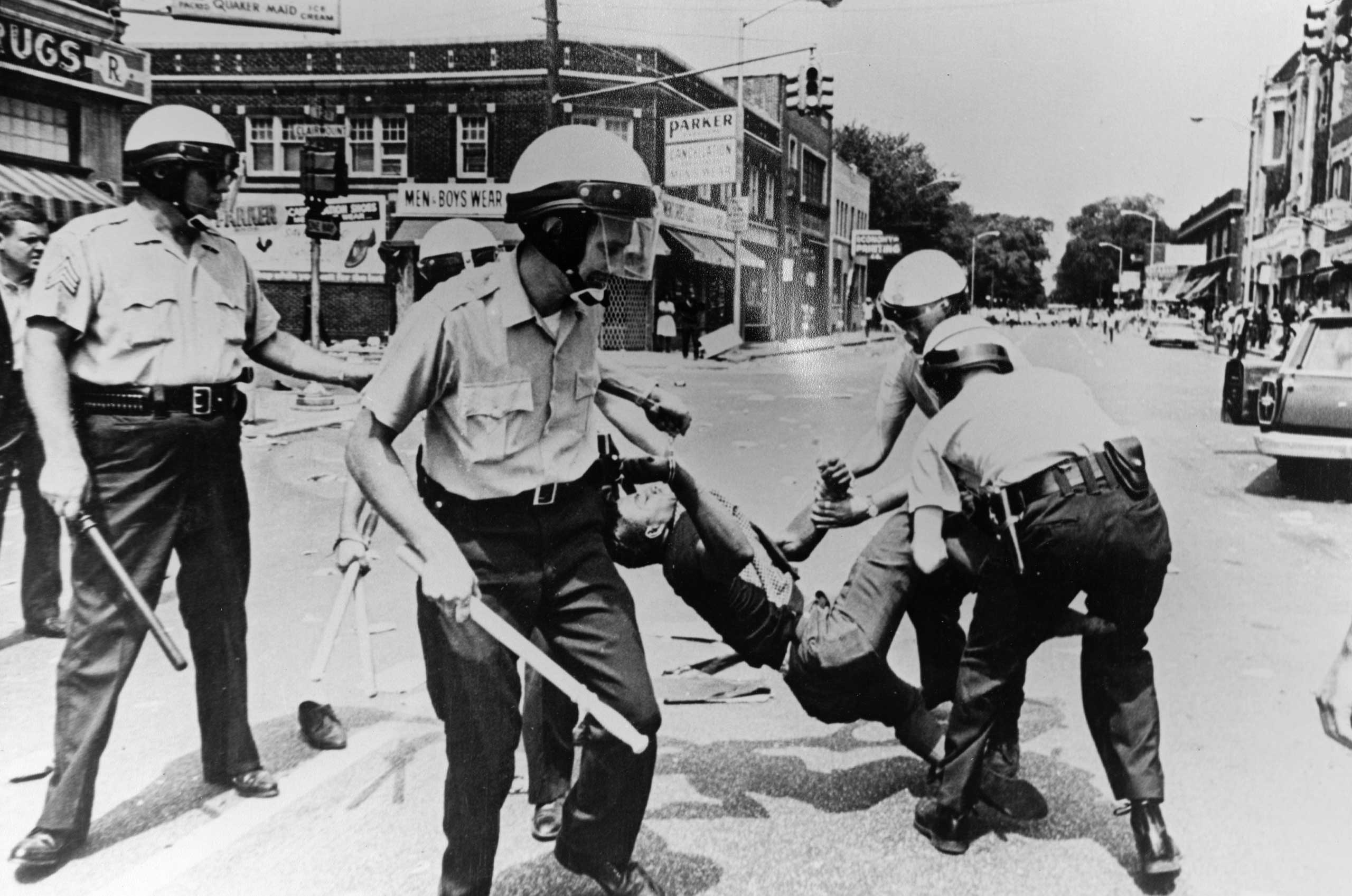 A man is carried away by police during riots in Baltimore, 1968.
Afro American Newspaper/Gado/Getty Images 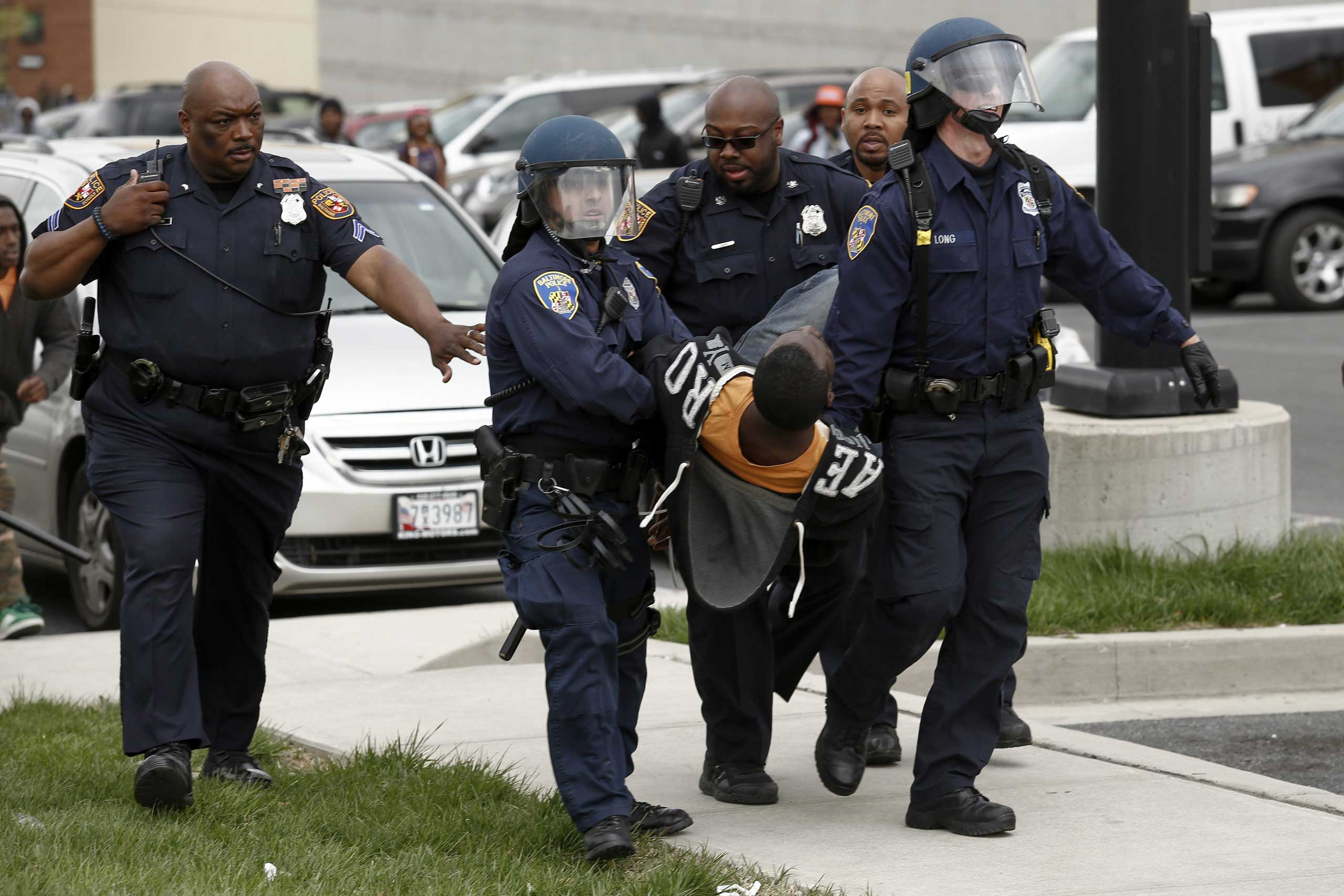 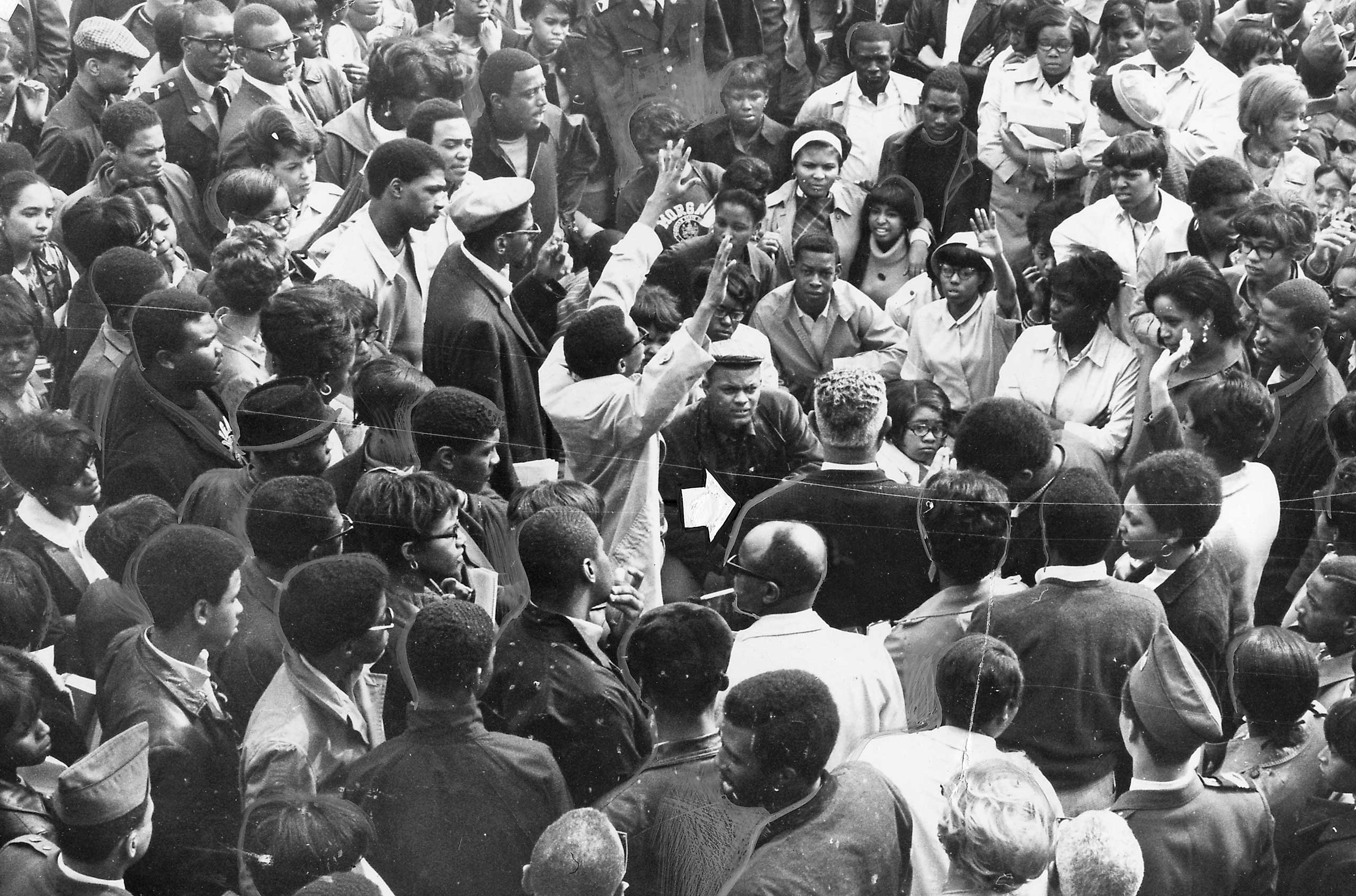 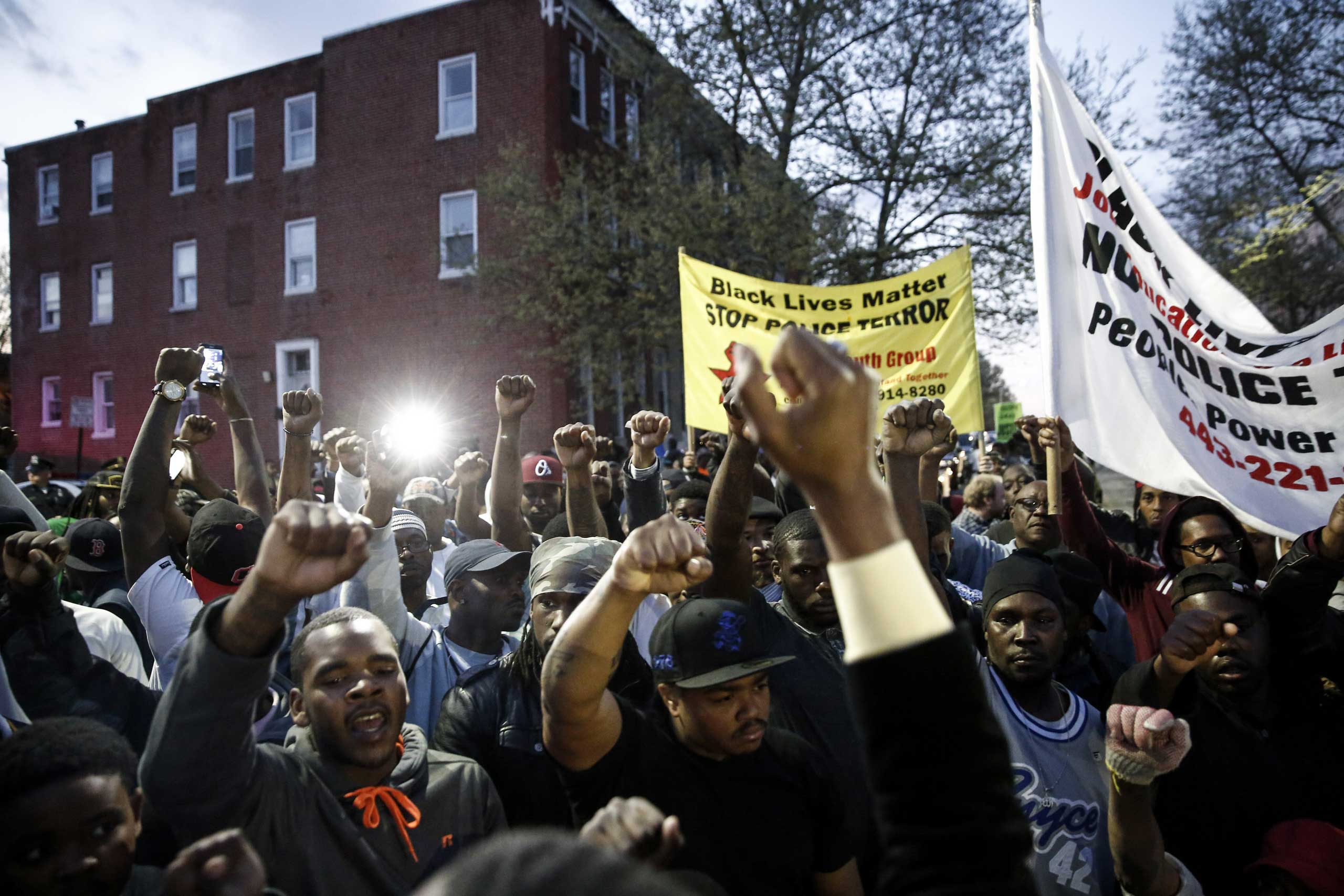 Protestors participate in a vigil for Freddie Gray down the street from the Baltimore Police Department's Western District police station in Baltimore on April 21, 2015.
Drew Angerer—Getty Images 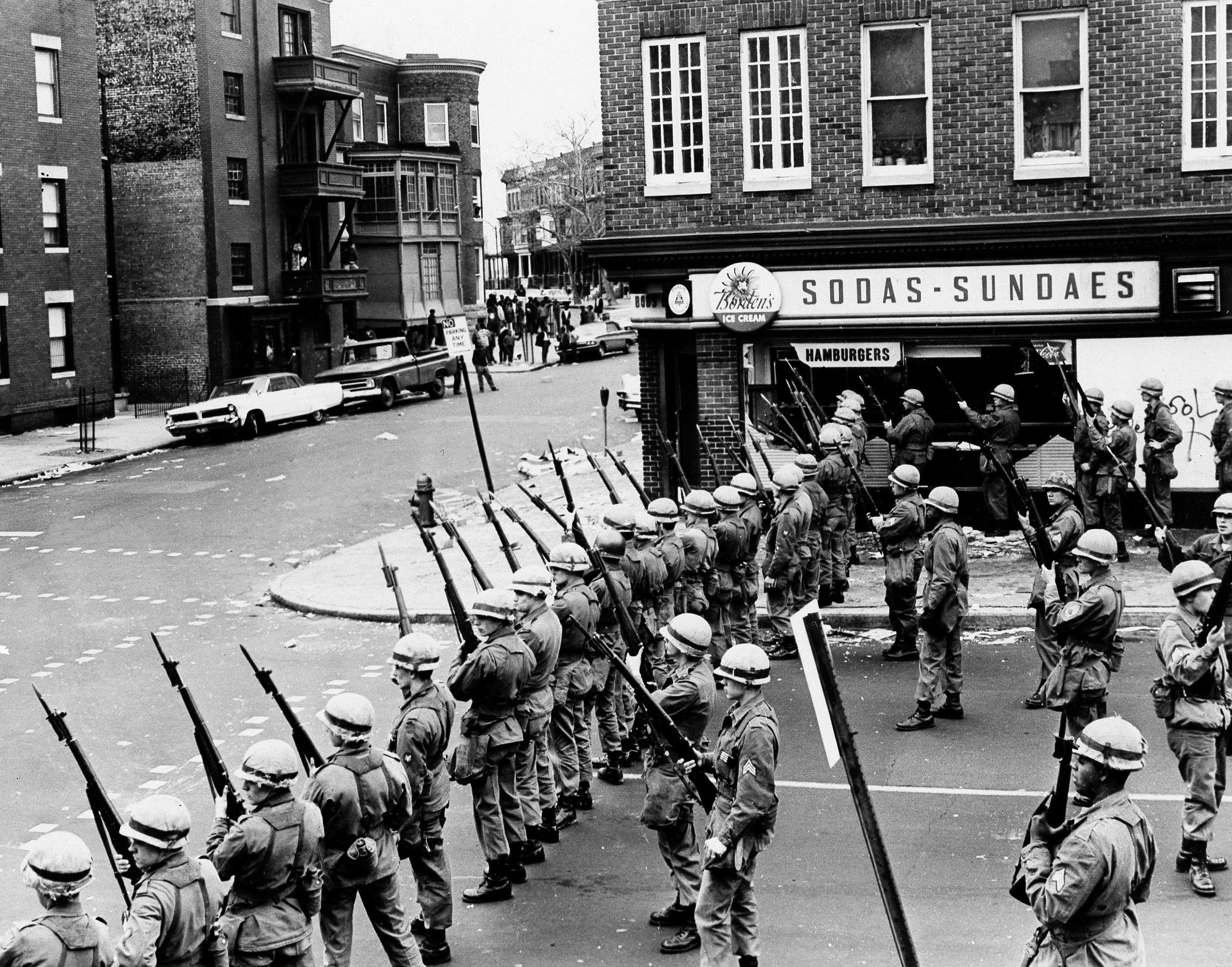 National Guardsmen seal off a business-residential section of Baltimore and prepare to use tear gas against looters on April 8, 1968.
Baltimore News-American/AP 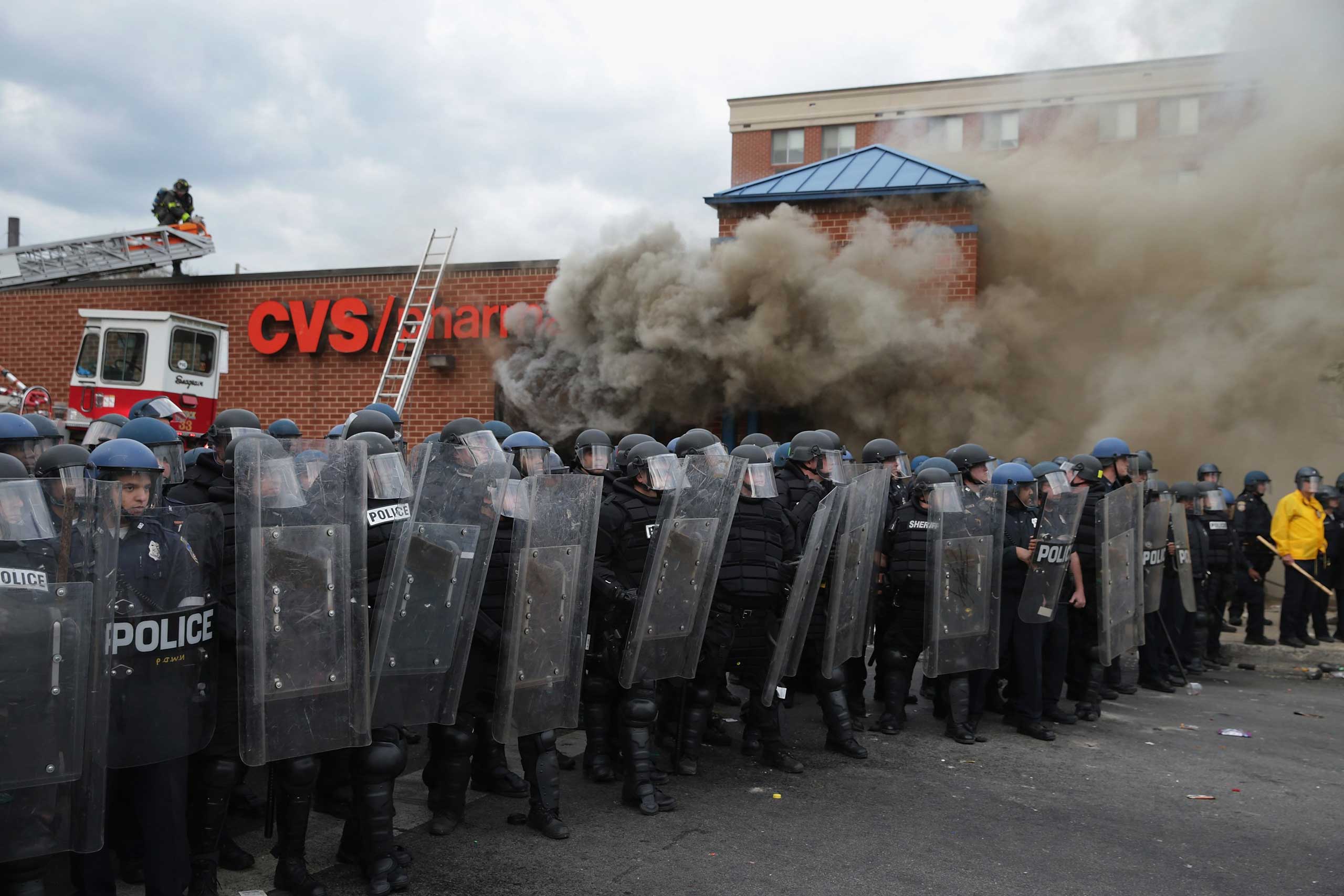 Baltimore Police form a perimeter around a CVS pharmacy that was looted and burned in Baltimore on April 27, 2015.
Chip Somodevilla—Getty Images 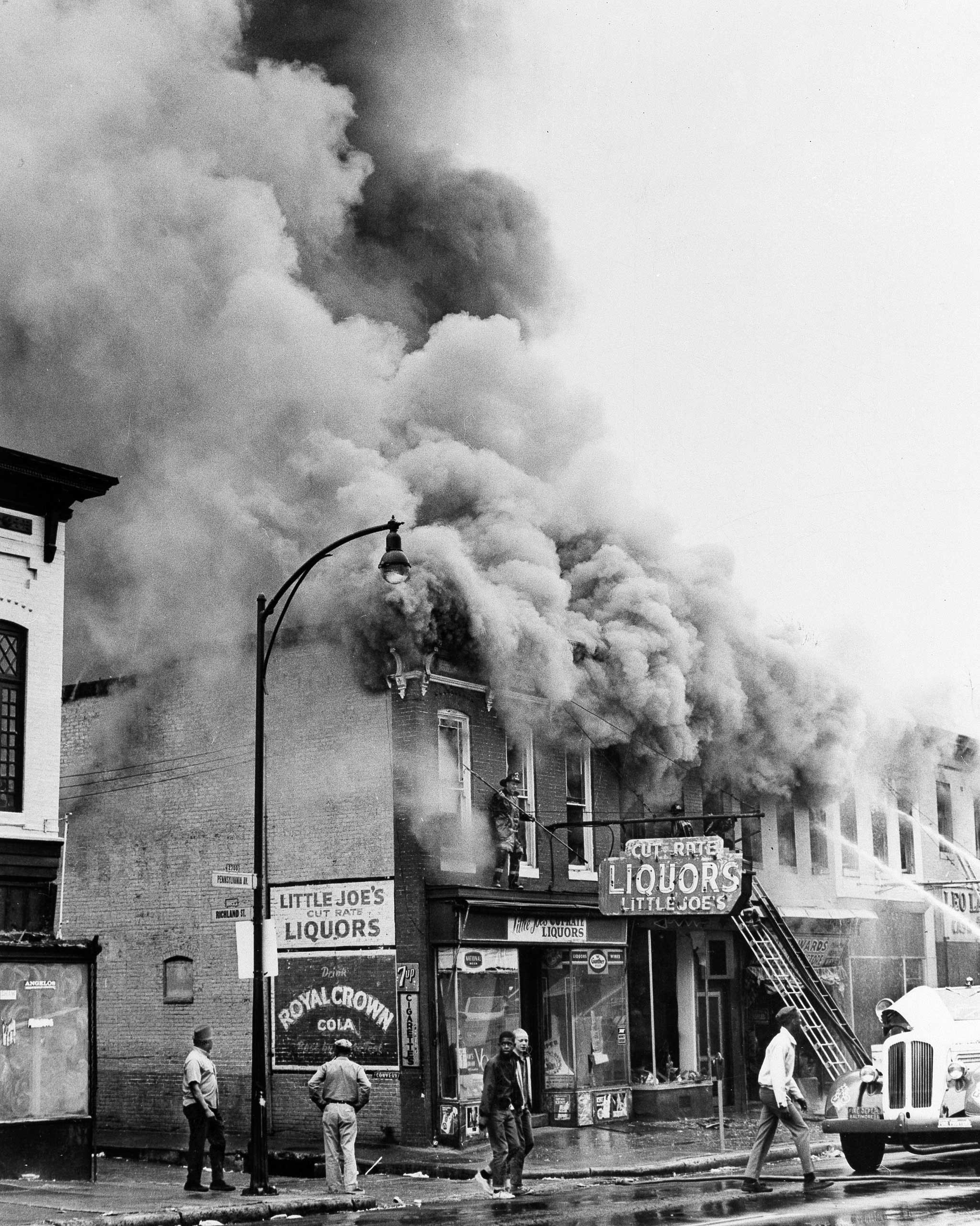 Smoke billows from a liquor store which was looted during the third day of violence, which saw over 400 fires, in Baltimore on April 8, 1968.
Baltimore News-American/AP 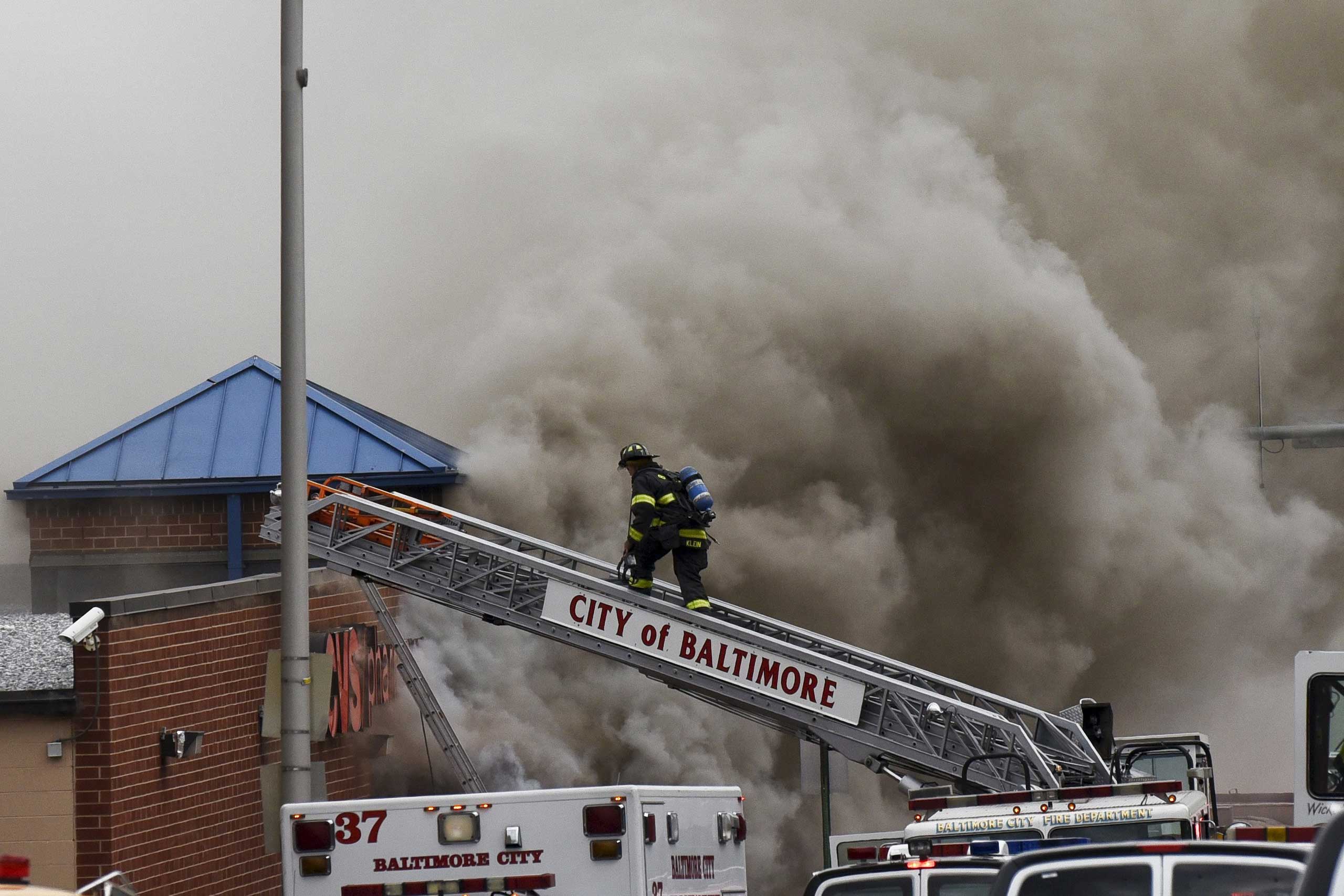 Fire fighters respond to a fire at a CVS pharmacy in Baltimore on April 27, 2015.
Sait Serkan Gurbuz—Reuters 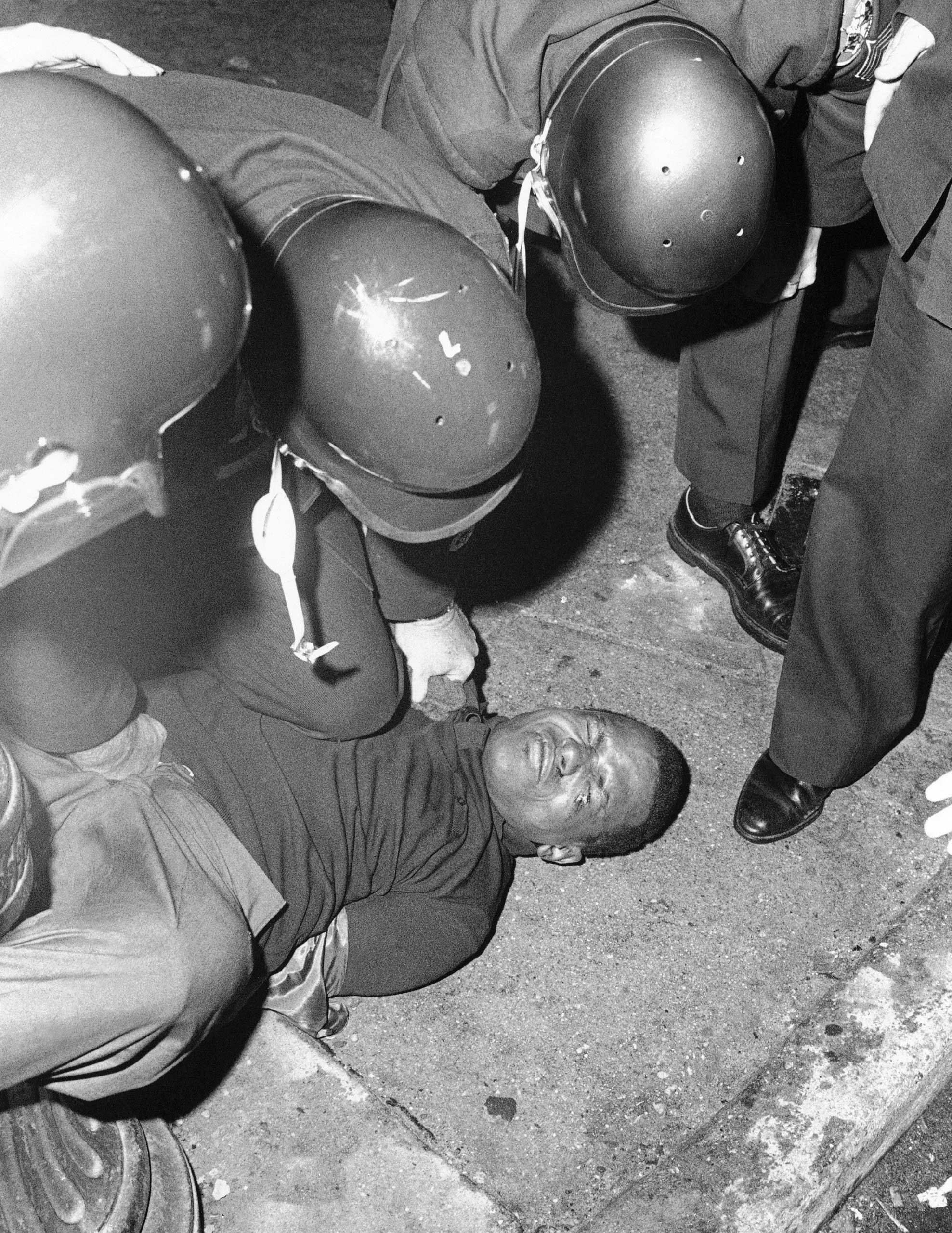 Baltimore City police pin down a curfew breaker in Baltimore on April 9, 1968.
AP 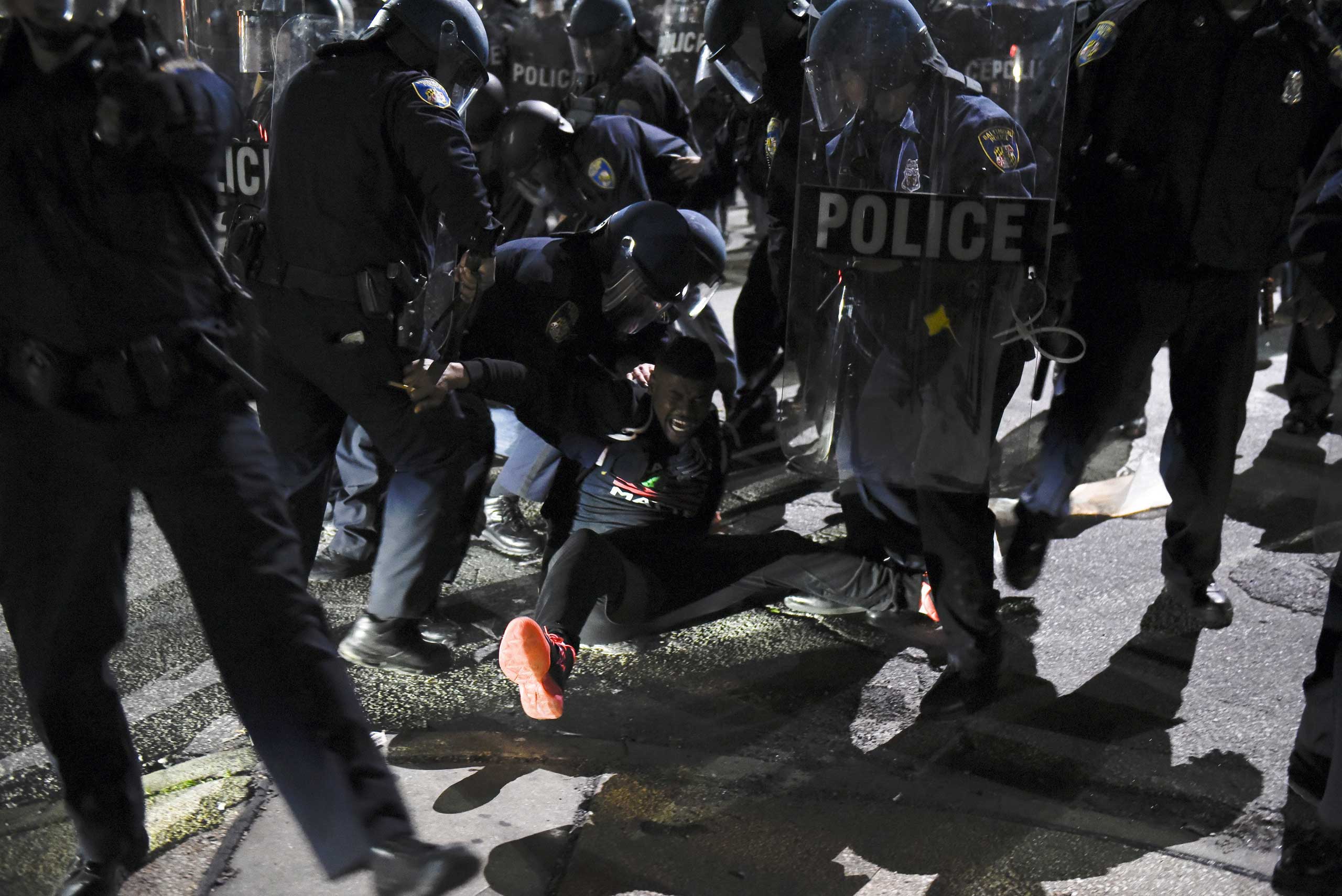 Law enforcement officers detain a demonstrator on Gilmore Avenue near Baltimore Police Department Western District during a protest against the death of Freddie Gray in Baltimore on April 25, 2015.
Sait Serkan Gurbuz—Reuters
1 of 10
Advertisement