Philadelphia activist Anna Jarvis (1864-1948) came up with the idea for “Mother’s Day” at the beginning of the 20th century as a tribute to her mother.

On May 10, 1908, in what is considered the first Mother’s Day celebration, she sent 500 carnations to Andrews Methodist Episcopal Church, her mother’s church in Grafton, W.Va. (which was designated as a National Historic Landmark in 1992).

The event generated an enormously positive response, and after extensive lobbying and letter-writing efforts, President Woodrow Wilson signed a proclamation on May 9, 1914, declaring the second Sunday of May “a public expression of our love and reverence for the mothers of our country.” Read his message here:

Over time, Jarvis felt that the spirit of the day had been undermined by “greedy” floral, candy and greeting card industries, which “gouged the public,” and used the holiday as “a means of profiteering,” the New York Times reported on May 18, 1923. 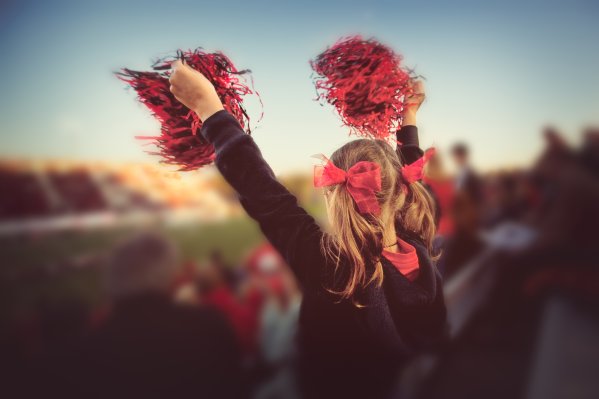 Watch a 10-Year-Old With Down Syndrome Find Out She's Going to Be a Cheerleader
Next Up: Editor's Pick