Steve Buscemi has one of the most recognizable faces in Hollywood; viewers saw him most recently as Enoch ‘Nucky’ Thompson on HBO’s Boardwalk Empire. But the acclaimed actor is popping up in a different kind of show these days—and the only set is a park bench.

The AOL web series, titled—what else?—Park Bench, has a simple design: Buscemi sits on a bench and talks to somebody, whether it’s a famous friend, a former co-worker or an everyday person. Yet the execution in each episode is far more complex. There are appearances from Buscemi’s sidekick Geo Orlando, and Buscemi’s brother Michael, who runs a rival talk show and frequently steals his brother’s guests; occasionally, there’s also an all-female accordion band. Celebrity guests like Chris Rock, GZA from the Wu Tang Clan, and Rosanne Cash add additional color.

TIME caught up with Buscemi at the AOL NewFronts to talk John Oliver, Portlandia and why his show is more than just a typical talk show

TIME: What is about a bench that makes it so easy to talk?

Steve Buscemi: A few years ago I was directing a series of promotional shorts for Vampire Weekend, which led to their concert. We were doing this scene in a bar called the Paradise Café in Greenpoint, and I needed to do a little scene outside the bar and McGolrick Park is right there. I had just met Geo Orlando, who was just a guy hanging out that day. I pulled him into the scene, we went on a park bench and did a little scene with the singer Grimes. When we saw the footage, Geo was so natural and just a great sidekick, if you will, that I said to my producing partner and our producing team, ‘I think I can build a whole show out of Geo and I on park benches.’ So here we are.

We shoot it all in five days and have to deliver 12 episodes. Last year we ended up with 13 episodes because we shot so much. We just keep shooting and shooting, because it’s all digital and easy to do. We shoot in extremely cold weather, we shoot in the rain, we always have indoor locations.

When you’re indoors, where do you find a park bench?

TIME: How do you choose your guests?

Steve Buscemi: A lot of them are people that I’ve worked with or who are friends of mine or who I would like to get to know. I appeared on John Oliver’s show a couple of times and I’ve met him a few times, but I don’t really know him. We asked him to do it. It was great fun to have him come down and be able to talk to him for a few minutes. Justin Vivian Bond, I had heard about for years and met a few times at benefits for PS 122, but I had never had a conversation with him. He actually got to sing a song at the Manhattan Inn and we had a wonderful talk. Then friends like Jim Jarmusch, who I’ve known for years, and I was very excited to have my friend Mark Boone., Jr., who played Bobby on Sons of Anarchy. We used to do a lot of theater together in the ‘80s, but we haven’t worked together in a while, so it was great to have him around for two episodes.

The show is unscripted but there are some scripted elements, right?

We don’t work from a script, but we do have a few scenarios on the show, like my brother Michael with his competing talk show, Bench Talk. We have our band the Main Squeeze Orchestra and Anthony Laciura, who I worked with on Boardwalk Empire, leads the band and there’s Geo. At the end of last season, it appears as if Michael has appropriated my whole team and this season I’m trying to win them back. So there are bits like that, which we try to improvise on, but we don’t have scripts.

Which episode was the most fun for you?

The John Oliver one was a lot of fun. He was very attuned to what we were doing and we just sort of threw an idea at him right when he got there. We hadn’t discussed it or anything before and he just went with it. After seeing what he does on his show and on The Daily Show it was fun to be doing a comedy bit with him.

The show is billed not as a talk show, but a talking show. What’s the difference?

I think that came from the ad department when we were pitching the show. It was revised to “talk” show, but I liked the idea of a ”talking” show. I don’t know why it’s different, but it sounds different. I thought we could probably make a thing of it, and we did. In last year’s first episode, when I was pitching the show to Chris Rock, he said that there are too many talk shows, and I said, well, ours is a talking show. It really makes no sense, but it’s a way to make our show different.

What do you enjoy about working on Park Bench instead of a scripted TV show?

I don’t have to memorize any lines. I don’t have to get in to hair and makeup or wardrobe. I really like the looseness of it. I loved doing Boardwalk Empire, but that is a huge production. When I first did those shorts for Vampire Weekend, I really loved that we just took a camera. We had some working scripts, but we improvised a lot and I really liked that. I come from theater. [Mark] Boone and I used to write our own material, but the way we wrote was from improvisation. I miss that way of working. I miss working fast. This is my improv. I get to do that here and I get to do that on Portlandia, too. We had Fred [Armisen] on Park Bench last year and I’ve been on Portlandia three times now, and last time I directed an episode. I feel like Park Bench owes a lot to Portlandia.

Since you now have an online show, do you spend much time online?

I don’t go on it a lot, but I’m on it. I know there’s stuff about me, but that’s not my doing. I tend not to read that stuff or pay attention to it too much and I don’t try to capitalize on it either. There’s nothing that we do on Park Bench that’s a takeoff of stuff that people have done about me on the internet.

The new season of Park Bench premieres on Junes 18th. 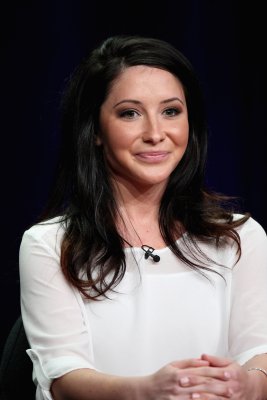 Bristol Palin on Canceled Wedding: Son Tripp and I Will Rebuild Our Lives
Next Up: Editor's Pick