Why Nintendo is Suddenly Profitable Again

It was only a year ago that Nintendo seemed to be in dire straits. The Wii U failed to capture the public’s attention in the way the Wii did, and even the successful 3DS handheld was struggling to match the sales of the original Nintendo DS. But a sudden return to profitability and a string of forward-thinking announcements indicate that the video game industry’s most storied developer may yet right its ship.

Nintendo posted its first operating profit in four years Thursday, earning 24.8 billion yen ($208 million) for the fiscal year, compared to an operating loss of $390 million last year. Net profit was $350 million, up from $195 million in 2014. The numbers beat company forecasts largely because of a weak yen. However, revenue continued a years-long decline, sliding from $4.8 billion last year to $4.6 billion.

The video game maker’s recovery is largely due to a string of blockbuster hits. Pokemon Omega Ruby and Alpha Sapphire for the 3DS sold almost 10 million units between them for the fiscal year. Super Smash Bros. sold a similar amount when combining its 3DS and Wii U versions. And Mario Kart 8 became the best-selling game on the Wii U, selling more than 5 million copies. As in years past, Nintendo has been able to use software to dig itself out of trouble.

Still, the future of the company remains murky. Sales of the 3DS are continuing to decline, dropping from 12 million last fiscal year to 8.7 million in the most recent year. And while the Wii U’s sales have increased a bit from its disastrous start, its sales of 3.4 million for the year were still off from company projections of 3.6 million. The 3DS has sold 52 million units in its lifetime, while the Wii has sold just 9.5 million.

Read more: Nintendo’s New Game Could Save the Wii U

The biggest reason to be positive about Nintendo’s financial future isn’t because of what the company sold last year but rather because of what it has announced for the future. The game maker in March revealed that it will be developing original software for mobile devices making use of its world-famous IP. And following Thursday’s earnings release, Nintendo announced plans to partner with Universal Studios to develop theme park rides starring its mascots. The success of Amiibo, Nintendo’s line of mascot action figures, indicate that there’s a big appetite to see Mario and company in places outside the Wii U and 3DS. With the company’s core hardware products continuing to struggle, Nintendo is finally starting to leverage its famous characters across a variety of different platforms. 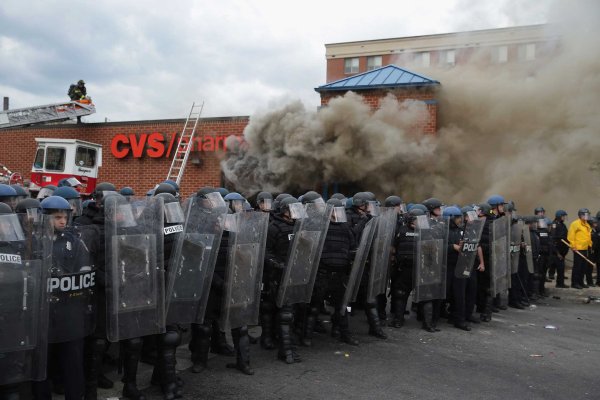 CVS Will Rebuild 2 Stores Burned in Baltimore Riots
Next Up: Editor's Pick