Viable at 22 Weeks: Just How Low Can Preemies Go?

A pound and a half of life: This baby was born in 2014 at 23 weeks, in Sichuan China.
TPG; Getty Images
By Jeffrey Kluger

Babymaking is easy when everything goes right. All it takes is a single—decidedly agreeable—act and the rest runs on autopilot for the next nine months. But it’s the “everything goes right” part that is the rub, because in too many cases, at least one thing goes wrong. In the U.S., about 18,000 times per year, that one thing is prematurity.

The outlook has gotten better for premature babies over the last half century. In 1960, the survival rate for a 3.3 lb (1,500 gm) premie was just 28%. By 2010 it was 78%. But everything depends on the calendar: Babies born at, say, 27 weeks—out of the normal 40-week gestation period—have a far easier go than those born at 26 weeks, whose odds in turn are better than those at 25 or 24. The cutoff, the no-go zone, has long been considered 22 weeks. At that age and earlier, there’s just not enough baby to save.

But now, it seems, that may have changed. A study just released in the New England Journal of Medicine is shaking the preemie community with the surprising findings that in a small but significant number of cases, the 22-week limit may be no limit at all. The announcement raises all manner of new questions about how aggressively to treat the littlest infants, how much care is too much—and how much is suddenly not enough. It also, unavoidably, has a lot of people asking how an even slightly lower age of viability affects the fraught debate over abortion.

The new research, led by epidemiologist Michael A. Rysavy of the University of Iowa, involved 4,704 babies born at 24 different hospitals from 2006 to 2011. All of the babies were born before 27 weeks of gestation, and the care they received differed dramatically depending on the hospitals in which they were treated. Virtually any neonate born above 23 weeks of age received aggressive, active treatment. Things were less certain for those born at 23 weeks—with anywhere from 52.5% to 96.5% of them getting full-team medical attention in a neonatal intensive care unit (NICU) and the rest receiving mostly comfort care. And for those born at the 22-week cutoff, the likelihood of receiving treatment was nothing short of a crapshoot, ranging from just 7.7% to 100%.

“The [study] shows that variations in hospital rates of active treatment for babies born at 22 weeks gestation were highly attributable to the birth hospital,” says Edward McCabe, chief Medical Officer for the March of Dimes.

But, the study suggests, those hospitals that leave the 22-weekers to what has always seemed an all-but certain death may have to rethink their policies. Of the entire sample group of babies, 78 of the 22-weekers received aggressive care and just 18 of them survived into toddlerhood. Of those, only 7 were largely healthy, left with no moderate or severe impairments like blindness or cerebral palsy. Those are not especially promising numbers, but they’re better than anyone ever thought they could be.

“Overall, if you look at the mean survival rates for 22 week old babies [in the study], it was just 2%, and only 9% for those who received resuscitation [and other care],” said Dr. Michael Uhing, the medical director of the NICU at the Children’s Hospital of Wisconsin, and a principal source for a 2014 TIME cover story on premature babies. Still, 2% and 9% are not 0%, and the mere decision not to resuscitate—often made to spare the baby the pain of a slow and all-but inevitable death —may have helped drive overall numbers down. “When outcomes are with babies hospitals never resuscitated,” Uhing says, “the results may have been falsely low.” In other words, provide the care that’s often withheld as an ostensible act of mercy, and improved survival rates may follow.

It’s too soon to know if—and how—the new study will change hospital policies. In Uhing’s NICU, the findings of the Iowa study will simply be added to the uncountable other data points and therapeutic options families of preemies must consider. “It’s always been a conversation with the parents and a joint discussion about the outcomes,” Uhing says. It will continue to be.

And as for the third rail issue—the abortion debate? That, the doctors acknowledge, will surely heat up with the new findings. But it’s not an argument they’re interested in joining. “It’s a different subject,” Uhing says flatly. The people who work in NICUs are there to save babies. If science lets them do that at 22 weeks, they’ll do it. If future breakthroughs allow them to go down to 21 or even 20, they’ll save those babies too. The political wars will tend to themselves. In the NICUs, the only battle has ever been with the limits of medical science itself. 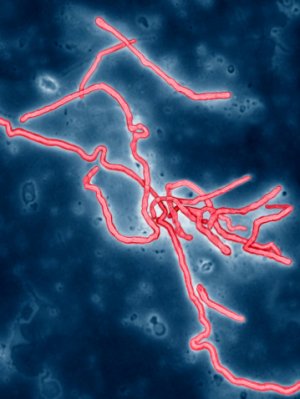