On screen Meryl Streep has tackled the music of A Prairie Home Companion, ABBA and Sondheim. Now? Rock.

In the new trailer for Ricki and the Flash, Streep plays a rocker—with an awesome, funky hairdo—who returns to her family in a time of crisis for her daughter, played by Streep’s IRL daughter Mamie Gummer.

Though Streep may be the vocalist in the family, the cast is rounded out by some other people who have notable pipes. Broadway star Audra McDonald plays the woman who fulfilled Ricki’s role in her family in her absence, Pitch Perfect’s Ben Platt is a bartender and Kevin Kline is Ricki’s ex. (Never forget The Pirates of Penzance.)

Ricki may be the type of woman who talks about going grey, ahem, down there, but the trailer ultimately makes it look like the sweetness of the film outweighs the saltiness. 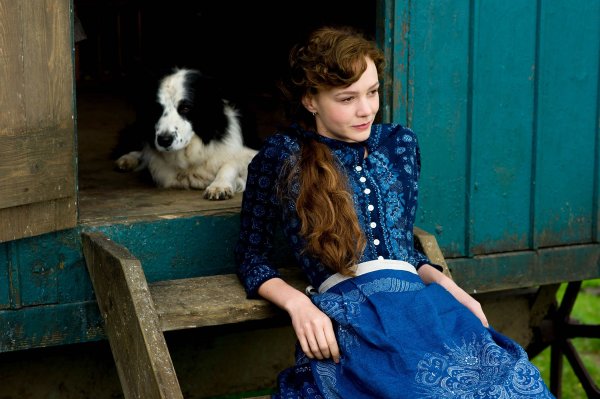 Carey Mulligan: 'There's Nowhere Near Enough' Complex Roles for Women in Film
Next Up: Editor's Pick