President Barack Obama arrives at the Oregon Air National Guard Base ahead of a fundraiswer at Nike, in Portland on May 7, 2015.
Brendan Smialowski—AFP/Getty Images
By Haley Sweetland Edwards

If there’s one thing the liberal, activist base can agree on, it’s that they hate President Obama’s proposed trade deal, the Trans-Pacific Partnership. They argue that it would transfer hundreds of thousands of decent American jobs to developing countries, like Vietnam, where workers, laboring under poor conditions, make pennies an hour.

And if there’s a second thing that liberal can agree on, it’s that the multinational sports outfitter, Nike, which conducts virtually all of its manufacturing in Asia and Mexico, is perhaps the world’s most powerful symbol, fairly or not, of precisely this kind of exploitation of cheap overseas labor, to the detriment of the American worker.

So Obama’s decision to visit Nike to promote the trade deal Thursday has liberals completely baffled.

“It’s crazy,” said Neil Sroka, the communications director of Democracy for America, a liberal advocacy group. “It would almost be funny on its face, if it weren’t such a sad indication of how out of touch the White House is on this issue with the lived experience of the American people.”

T.J. Helmstetter of the Progressive Change Campaign Committee added that “President Obama’s position on the TPP is misguided, as evidenced by his visit to Nike, which pays workers overseas so little they can’t afford to buy the shoes they’re making.”

Campaign for America’s Future, another liberal group opposed to the trade deal, is organizing a protest outside of Nike’s headquarters on Friday.

The White House, for its part, is making the case that visiting Nike — famous precisely because of its embrace of globalization — makes perfect sense. The president is expected to argue that the trade deal will reduce prices for American consumers by cutting tariffs on things like imported Nike sportswear.

“By allowing our trading partners to produce the goods in which they are relatively more efficient, the United States can import at lower prices than would prevail if we were to use our scarce resources to produce the goods ourselves,” economic advisers at the White House wrote in a report this month.

The trade deal, the advisers explained, would set new, higher standards for labor conditions, environmental protections and copyright. In exchange, lower tariffs at the U.S. border would make it easier to import Asian-made products — including Nike clothing and shoes. The U.S. imported $987.41 billion in goods and services from the Asia-Pacific region in 2012, according to the U.S. Bureau of Economic Analysis.

It’s an argument that is no doubt music to the ears of the corporate leadership at Nike, where 56% of the company’s revenue comes from outside Mexico, the United States and Canada, according to the company’s filings.

But labor groups, environmentalists, liberals, and some Tea Party Republicans say that argument doesn’t take into account the reality of average Americans.

“The argument doesn’t make any sense for struggling workers and their families,” said Sroka. “If you can’t get a job because companies like Nike are shipping their jobs to Vietnam where they’re can pay workers less, then it matters very little to you that your shoes are going to be two bucks less.”

Dave Johnson, a senior fellow at the progressive Campaign For America’s Future, made a more populist argument. “Phil Knight, head of Nike, is now worth $23 billion because America’s trade policies encourage companies like Nike to create and move jobs outside of the U.S.,” he wrote. “The 23rd-richest American is one more symbol of the kind of inequality that results from outsourcing enabled and encouraged by these trade policies. Workers here lose (or never get) jobs; workers there are paid squat; a few people become vastly, unimaginably wealthy.”

For the last two decades, Nike has come under consistent fire from civil rights and anti-globalization groups for operating sweatshops that exploit weak labor laws and employ children. As recently as last year, the company was criticized for abusing workers in Indonesia and underpaying workers in China.

Nike says it now operates all its factories above board. “Nike fully supports the inclusion of strong labor provisions” in trade deals, the company said in a statement. “We’ve made significant improvements and driven positive change for workers in contract factories that make Nike product.”

If the TPP is approved it will include 12 nations, including Japan, Australia, New Zealand and Chile, and oversee 40% of the world’s total GDP. Obama’s trip this Friday comes just as Congress is debating the passage of “fast track” legislation, which would give Congress only an up-or-down vote on the trade deal, with no ability to tinker with the details.

Obama and his allies on trade, which include Oregon Sen. Ron Wyden and the vast majority of the Republican establishment, have argued that “fast track” legislation is necessary to smooth the way for the TPP. Congress is expected to vote on the fast track next week. 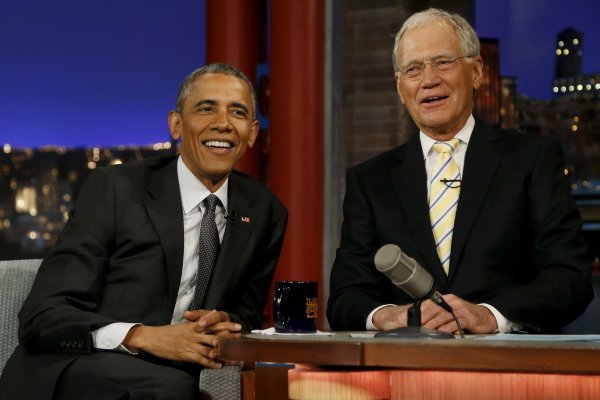