A new federal report shows a high number of Americans are not undergoing recommended screenings for colorectal, breast and cervical cancers.

New data released Thursday from the U.S. Centers for Disease Control and Prevention (CDC), shows that in 2013, which is the latest data available, screening for the three cancers either dropped lower than previous rates or showed no improvement. The numbers show that around 20% of women said they were not up to date with cervical-cancer screenings, and a quarter of women were not getting recommended breast cancer screening. Overall, two in five adults had not had their recommended colorectal screening. The new report was published in the CDC’s Morbidity and Mortality Weekly Report.

The CDC looked at data from the 2013 National Health Interview Survey and compared the screening rates to the target numbers for “Healthy People 2020,” a national disease prevention initiative that has based cancer screening goals on the U.S. Preventive Services Task Force (USPSTF) guidelines.

The number of mammography screenings remained fairly unchanged from previous years, whereas Pap test use among women between the ages of 21 to 65 was lower than it was in 2000. Colorectal cancer screening was unchanged in 2013 compared to what it was in 2010.

The percentages are below the target numbers for Healthy People 2020. The mammography target is 81.1%, and the 2013 data shows the number is currently at 72.6% for the recommended age group. Nearly 81% of women ages 21 to 65 had a Pap test, but the Healthy People 2020 target is 93%. Around 58% of adults between age 50 to 75 reported they had undergone screening for colorectal cancer, and the target for that group is 70.5%.

Though the new report doesn’t explain why the numbers are not meeting national goals, there are some hints. For instance, the data also showed that people without health insurance or a source of health care had the lowest rates of cancer screening test use.

“Though the [USPSTF] does not consider costs or insurance coverage in its evaluation of the evidence, it will be interesting to see whether declines in the number of uninsured in the U.S. since 2013 will be reflected in improved prevention in these populations,” says Dr. Albert L. Siu, the chairperson of the USPSTF. “As clinicians, we also hope that our nation will continue to strive to help all individuals get access to those preventive services that can enable people to live healthier, longer lives.” Siu was not involved in the CDC report. 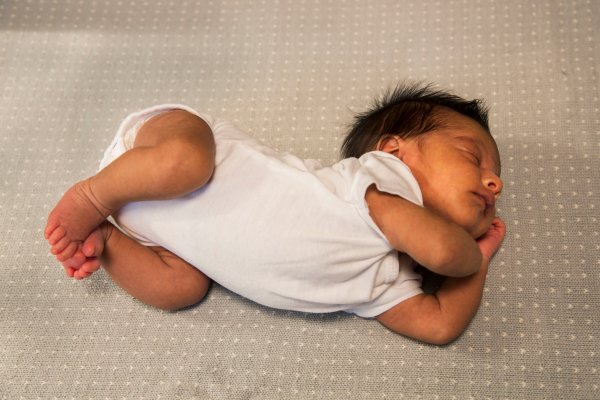 Meet the First Baby Born With Help From Stem Cells
Next Up: Editor's Pick