One thing is clear after the tragic death of Freddie Gray, the young African-American man who was fatally injured while in police custody in Baltimore last month: we cannot fix the problems of economic justice in this country without addressing racial justice. The deck is stacked against low-income Americans–African Americans and Latinos in particular. As a newly released report from a pair of Harvard academics has found, just being born in a poor part of Baltimore–or Atlanta, Chicago, L.A., New York City or any number of other urban areas–virtually ensures that you’ll never make it up the socioeconomic ladder. Boys from low-income households who grow up in the kind of beleaguered, mostly minority neighborhoods like the one Gray was from will earn roughly 25% less than peers who moved to better neighborhoods as children. So much for the American Dream.

This has big implications. Income inequality is shaping up to be the key economic issue of the 2016 campaign. If you have any doubt, consider that both Hillary Clinton and Marco Rubio, who declared their candidacies in the past few weeks, are already staking out positions. Clinton billed herself as the candidate for the “everyday American,” calling for higher wages and criticizing bloated CEO salaries. Meanwhile, Rubio said he wants the Republican Party–which, he said, is portrayed unfairly as “a party that doesn’t care about people who are trying to make it”–to remake itself into “the champion of the working class.”

What neither candidate has done yet is directly connect the recent spate of violence to the fact that the economic ladder no longer works for a growing number of Americans. Raising the federal minimum wage is just a first step. As Thomas Piketty showed in his best-selling book on inequality, Capital in the Twenty-First Century, creating a system of capitalism that more equitably distributes wealth is our biggest challenge now. A few extra dollars an hour will help minimum-wage workers (a group in which minorities are overrepresented), but it won’t address deeper economic inequality. And as a growing body of research from outfits like the Brookings Institution has shown, more inequality means less opportunity. As Brookings senior fellow Isabel Sawhill puts it, “When the rungs on the ladder are farther apart, it’s harder to climb up them.”

The dirty secret of America in 2015 is that the wealth gap between whites and everyone else is far worse than most people would guess. A 2014 study by Duke University and the Center for Global Policy Solutions, a Washington-based consultancy, found that the median amount of liquid wealth (assets that can easily be turned into cash) held by African-American households was $200. For Latino households it was $340. The median for white households: $23,000. One reason for the difference is that a disproportionate number of nonwhites, along with women and younger workers of all races, have little or no access to formal retirement-savings plans. Another is that they were hit harder in the mortgage crisis, in part because housing is where the majority of Americans, especially nonwhites, keep most of their wealth. In this sense, the government’s policy decision to favor lenders over homeowners in the 2008 bailouts favored whites over people of color.

That’s bad news for a country that will be “majority minority” by 2043, according to Maya Rockeymoore, president of the Center for Global Policy Solutions. The U.S. economy continues to be stuck in a slow, volatile recovery. Lack of consumer demand driven by stagnant or falling wages, and decreased opportunity for many Americans, is what many economists believe is behind the paltry growth. Given that 70% of the U.S. economy is driven by consumer demand, it’s a problem that will eventually affect everyone’s bottom line, rich and poor.

How to fix it? We need to think harder about narrowing the gap between those at the bottom and the top. If most people, especially lower-income individuals and minorities, keep the bulk of their wealth in housing, we should rethink lending practices and allow for a broader range of credit metrics (which tend to be biased toward whites) and lower down payments for good borrowers. Rethinking our retirement policies is crucial too. Retirement incentives work mainly for whites and the rich. Minority and poor households are less likely to have access to workplace retirement plans, in part because many work in less formal sectors like restaurants and child care. Another overdue fix: we should expand Social Security by lifting the cap on payroll taxes so the rich can contribute the same share of their income as everyone else.

Doing both would be a good first step. But going forward, economic and racial fairness can no longer be thought of as separate issues. 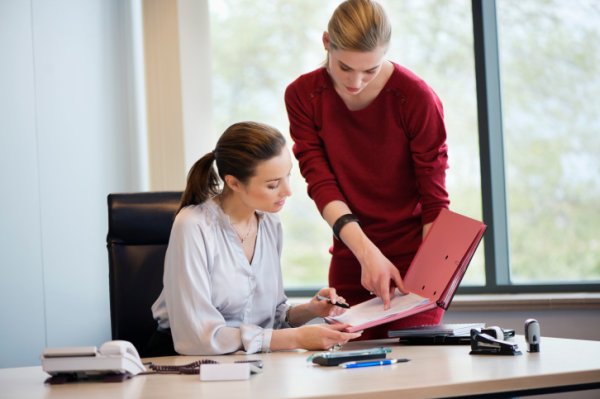 Female Managers Are Better Motivators
Next Up: Editor's Pick