Young Muslims Are Inviting You to Draw Muhammad

Did you know that Muhammad is the most common name in the world? The chances are you know a Muhammad or know somebody who knows one.

Muslim American activist Amani al-Khatahtbeh, who runs the popular blog MuslimGirl.net, is fighting Islamaphobia by inviting people to draw a picture of their friends who are called Muhammad.

The campaign is in response to the inflammatory Muhammad Art Exhibit and Contest organized by Pamela Geller of the American Freedom Defense Initiative (AFDI) in Garland, Texas, on Sunday night. Participants there were invited to draw images of the Prophet Muhammad, which Muslims consider offensive.

The event resulted in violence after two Islamist gunmen, identified as Elton Simpson and Nadir Soofi, opened fire outside the building, injuring a security officer. The suspects were both shot and killed by police.

Geller is known for her anti-Muslim stance and the AFDI is considered a hate group by the Southern Poverty Law Center.

Al-Khatahtbeh vigorously condemned the gunmen’s actions as “inexcusable.” But in response to Geller’s event, she came up with her own campaign, ‘Let’s help Pam draw Muhammad.’

People are asked to draw their friend Muhammad as a celebration of the human connections people have to “Muhammad,” it being such a common name.

“Chances are that all know a Muhammad. So, let’s draw Muhammad. Let’s honor his diversity. Let’s celebrate his many different faces. Let’s elevate his humanity,” she writes on MuslimGirl.net.

And using the hashtag #DM2015, people are taking to Twitter to draw a Muhammad in their lives. 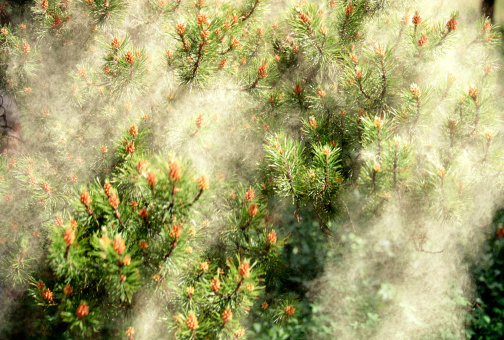 'Pollen Tsunami' Causing Misery in the Northeast
Next Up: Editor's Pick