Nintendo's New Game Could Save the Wii U

Splatoon, Nintendo’s new paintball-esque shooter for the Wii U, could be the breakout hit of the summer.

I spent about a half-hour with Splatoon at a Nintendo event Wednesday afternoon. In the best mode of the game, you team up with three other players for a 4v4 showdown, the objective of which is to cover as much of a map’s territory with your team’s color before the clock runs out. To do that, you’re given a weapon that shoots paint, as well as a special attack, like paint bombs. You can also shoot or blow up opposing players, sending them back to their team’s respawn point.

Here’s where things get a little weird. Your cartoonish-looking character can also turn from a bipedal avatar into a squid, letting you swim quickly across ground already painted in your team’s color. While you’re in squid form, you’re much harder to see, and you reload your paint much more quickly—but you can’t attack anyone.

I’m bullish on Splatoon because it has a special balance shared by Nintendo’s best games, like Super Smash Bros. and Mario Kart.

On one hand, it’s very easy to learn Splatoon’s basics. You don’t even have to shoot other players, if that’s not your thing. You can just focus on laying down paint to help your team win. On the other, the combination of the game’s various weapons, the squid transformation effect and the multiplayer mode I described above combine to result in a complex strategy-driven shooter along the lines of Team Fortress 2.

If fans of more hardcore shooters like the Call of Duty series can put aside (or, better yet, embrace) Splatoon’s cartoonish look, they’ll find a deeply involved, fully entertaining game awaiting them. One piece of strategy I learned early on, for instance: Players wielding a sniper rifle can cover a lookout post in his or her team’s color, then take the high ground in squid form, hiding from enemy players. When they spot an unknowing target, blam, back to the respawn point they go.

While there are no “classes” here per se, it’s easy to see them evolving organically. In a 4v4 “turf war” bout, a wise team might pick two close-range gunners, one sniper and one painter, who carries the game’s massive paint roller. The roller’s job would be to grab as much territory as possible, while the others keep him or her alive.

In a rarity for Nintendo, Splatoon also boasts—indeed, focuses on—online multiplayer, a necessity if Nintendo is after the multiplayer shooter demo.

But don’t let me paint you too rosy a picture of Splatoon just yet. The local multiplayer is limited to a 1v1 mode, a bummer if you’re looking for a good party game. And the demo I played forced me to use the Wii U GamePad’s motion controls to aim, which I couldn’t get the hang of. A Nintendo rep told me more traditional aiming would be an option when the game drops May 29 for Wii U only.

That exclusivity could be a hangup for the game, too. While Splatoon is destined for many a Top Wii U Games list, Nintendo’s console hasn’t sold as well as Microsoft’s Xbox One or Sony’s PlayStation 4, so the number of people who might enjoy it is capped from the get go. If Splatoon really takes off, it could single-handedly bump Wii U sales—but that’s a tall order of any one game. 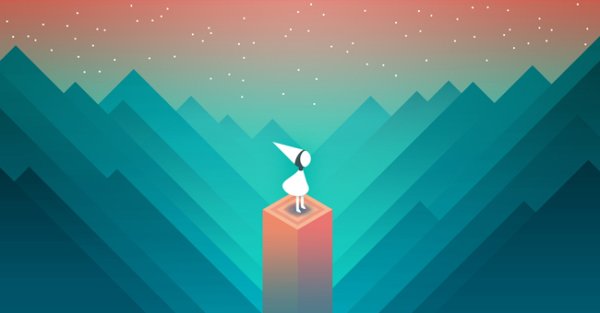 The Mobile Game House of Cards Made Famous Just Dropped to 99 Cents
Next Up: Editor's Pick