Most Americans Don't Know the First Thing About Miscarriages

A new survey reveals that many American men and women have vast misconceptions of miscarriages.

Despite the fact that miscarriage is the most common complication in pregnancy, the new survey published in Obstetrics & Gynecology reveals that most of the 1,000-plus people surveyed believed that miscarriage happened in 6% or fewer of pregnancies. The actual number is closer to 30% of pregnancies, says study author Dr. Zev Williams, director of the Program for Early and Recurrent Pregnancy Loss at Albert Einstein College of Medicine and Montefiore Health System. “Most people think it’s an incredibly rare event, so when it happens to them they feel very isolated and they will look to themselves and think they must have done something wrong,” he says. Nearly one million miscarriages occur in the U.S. each year.

Twenty-two percent of the people surveyed said they thought lifestyle choices during pregnancy, like smoking or drinking, were the most common causes of miscarriages. All of the following suspected causes are incorrect, but 76% of the participants thought that a stressful event could cause a miscarriage; 64% thought lifting heavy objects could cause a miscarriage; 41% believed it could be caused by an STD; 22% thought past oral contraceptive use could be a cause; and 21% thought a pregnant woman could miscarry from getting into an argument.

A lot about miscarriages remains unknown, the authors say, but genetic problems are responsible for most.

Many people who had a miscarriage felt a lot of guilt or shame, the results of the survey showed. Forty-seven percent of men and women who reported that they or their partner had experienced a miscarriage said they felt guilty, and 41% said they felt they had done something wrong. Forty-one percent reported feeling alone and 28% felt ashamed. Just under half of those individuals felt that they had been given adequate medical community support.

Williams says these misconceptions about miscarriage persist because people don’t talk about them. “I’ve taken care of siblings where each of them didn’t realize they were both suffering from recurrent miscarriages,” he says. “Because there is a degree of self blame and guilt, people don’t want to talk about it. The effect of that is people feel really isolated and alone when it happens to them.” When women who had miscarried had a friend who revealed that they too had a miscarriage, 46% of participants said they felt less alone.

It can feel less lonely, too, when celebrities disclose their own miscarriages, 28% of the women reported. The fact that a celebrity’s miscarriage can become a major news story speaks to how rare it is that someone shares their own experience, Williams says.

Initially, the survey was intended for the scientific community as a way to provide physicians with a better understanding of the mindset of their patients. But Williams says he thinks the general public will benefit the most since there is a clear need for greater awareness. He says he hopes it also spurs demand for more knowledge about the complication.

“I think there also needs to be a much bigger push for research in miscarriage,” says Williams. “We essentially are living with the same understandings that we had 50 years ago.” 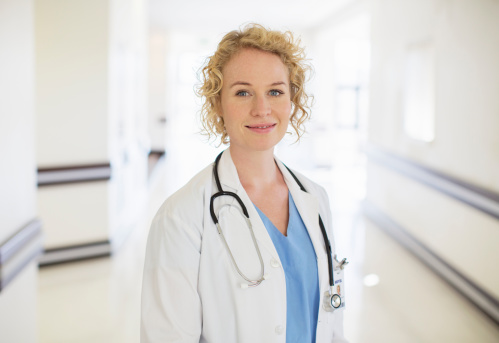 11 Things You Didn’t Know About Miscarriage
Next Up: Editor's Pick