The Legacy of Laura Ingalls Wilder, One of America's First Libertarians

Laura Ingalls Wilder signing books ca. 1930s-1940s.
Bettmann/Corbis
Ideas
By David Boaz
David Boaz is executive vice president of the Cato Institute and author of The Libertarian Mind, to be published by Simon & Schuster on February 10.

Laura Ingalls Wilder is a bestselling author again, 83 years after she began publishing her Little House on the Prairie books and 58 years after her death at age 90. Pioneer Girl: The Annotated Autobiography is a 472-page edition of Wilder’s original memoir, for which she couldn’t find a publisher in 1930.

Descended from a Mayflower passenger and other early Americans, Wilder was born just after the Civil War in the Big Woods region of Wisconsin. Life was hard on the frontier, and with her parents and then her husband she moved to Kansas, Minnesota, Iowa, South Dakota, Florida, and eventually Mansfield, Missouri. She also became, unexpectedly, a sort of libertarian matriarch.

Laura’s only child was Rose Wilder Lane. Lane was born in DeSmet, South Dakota, and grew up on her parents’ Rocky Ridge Farm in Missouri. After high school she drifted to San Francisco, married briefly, and began a career as a writer. In her early years she called herself a socialist, but by the 1930s, after traveling in Europe and returning to Rocky Ridge to care for her parents, she was a staunch libertarian. In 1935 she wrote in the Saturday Evening Post:

Those ideas can be found in the Little House books, which Lane is said to have helped edit or ghostwrite. In Little House on the Prairie, young Laura hears the Declaration of Independence read and thinks, “Americans won’t obey any king on earth. Americans are free. That means they have to obey their own consciences. … When I am a little older, Pa and Ma will stop telling me what to do, and there isn’t anyone else who has a right to give me orders. I will have to make myself be good.” That’s Lane’s voice.

Lane wrote two novels of her own about her family’s homestead, Let the Hurricane Roar (later retitled Young Pioneers) and Free Land, which made her a bestselling, well-paid writer. But her interests turned more to politics, and she became a vociferous adversary of President Franklin Roosevelt and the New Deal, which she saw as “creeping socialism.”

In the dark year of 1943, during World War II, Lane and two other remarkable women published books that could be said to have given birth to the modern Libertarian movement. Lane published a passionate historical book called The Discovery of Freedom. Isabel Paterson, a novelist and literary critic, produced The God of the Machine, which defended individualism as the source of progress in the world. And the most famous, Ayn Rand, published The Fountainhead.

Lane and Paterson helped to introduce Rand to a circle of conservative and libertarian intellectuals, who began to develop an ideological movement opposed to the welfare state. John Chamberlain, a prominent liberal journalist in the 1930s, recalled the impact those books had on him and other readers at the time:

Also in 1943 Lane met Roger MacBride, the 14-year-old son of her editor at Reader’s Digest. MacBride was fascinated by her ideas, visited her frequently at her Connecticut home, and came to think of himself as her “adopted grandson.” After he published The Electoral College, a defense of that system, he was made a Republican elector in Virginia in 1972. The joke was on the Republicans: MacBride became a “faithless elector”—faithless to Richard Nixon and Spiro Agnew, anyway, but faithful to the constitutional principles Rose Lane had instilled in him.

He cast his electoral vote for the new Libertarian Party ticket of philosopher John Hospers and journalist Tonie Nathan, the first woman to receive an electoral vote. He became the 1976 Libertarian presidential candidate and put the party on the map with ballot status in 32 states, a widely distributed campaign book, and a distant third-place finish behind President Gerald Ford and Jimmy Carter.

As Lane’s heir, he published another of Wilder’s manuscripts, The First Four Years, arranged for the popular 1970s television series, and wrote eight novels of his own about Rose’s early life, continuing in the vein of Little House.

Laura Ingalls Wilder lived American values. Her example inspired her daughter and her daughter’s protégé to spend their careers defending those values. 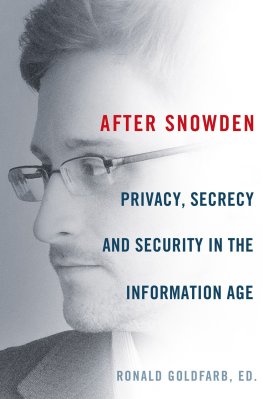 Without Edward Snowden, Our System Could Have Failed
Next Up: Editor's Pick