Dear Universities: There Should Be No Safe Spaces From Intellectual Thought

Ideas
By Karin Agness
Karin Agness is the Founder and President of the Network of enlightened Women.

As the 2014-2015 academic year winds down, the legacy from this year might be a new low standard in intellectual engagement on college campuses. The proliferation of “safe spaces,” “trigger warnings,” and other efforts to protect students from uncomfortable, inconvenient, or new ideas marks an alarming trend.

Last month, before author Christina Hoff Sommers took the stage to critique modern feminism at Oberlin College, students announced that they had created an alternative “safe space,” for students to visit. Sommers received a similar reaction at Georgetown University, where student protesters held up signs advertising an alternative “safe space” and offering “trigger warnings,” alerts that some content might be traumatizing. Students at some campuses, including the University of Minnesota, are even calling on faculty to use “trigger warnings” for classroom content.

There should be no safe spaces from intellectual thought. University administrators should rethink their policies to encourage more intellectual diversity on campuses.

One of the most striking examples of the lack of intellectual engagement occurred at the University of Texas at Dallas this semester when a campus policeman shut down a group of students who were holding signs and recruiting students to their conservative cause. As recorded in a video and reported by Campus Reform, the police officer said that the students needed written permission from the administration to continue.

The students then went to Associate Dean of Students Kim Winkler, who told them that as a registered club they could set up a recruitment effort at a table in the common area, but that they couldn’t “initiate conversations with people.” As heard on video, Winkler compared the burden of student engagement to that of walking past Girl Scouts selling cookies:

In other words, Winkler seems to be saying that a “Girl Scout” test apply to campus speech: If students’ speech becomes as intrusive as young girls asking a passerby, “Would you like to buy some Girl Scout cookies?” it has gone too far. If Winkler’s “Girl Scout” test were to be applied to all forms of campus activism, students today and throughout history would have been denied the opportunity to make their views heard as well as have their views challenged—a great benefit of the university experience.

Students do not give up all First Amendment rights when they step onto campus. A university can only set certain, reasonable rules on student groups, and it has to treat every group the same. In response to the video, the student news publication reported that the university was updating its policy.

Campuses should be hotbeds for intellectual diversity—where ideas constantly are clashing, and students regularly are challenged to think critically, learn new ideas, and communicate their positions. Lots of conversations should be initiated, and policies should foster this interaction.

Students should not be intellectually bubble-wrapped, shielded from any idea that they might find new or frightening. They shouldn’t be retreating to “safe spaces” and worse, our universities themselves shouldn’t become intellectually homogenous “safe spaces” where everyone marches to the same tune. The world does not work that way—nor should it—and universities do a disservice to their students by pretending otherwise.

What will students do when they come to a situation in real life where there is no pre-arranged safe space with counselors into which to retreat when someone challenges their worldview? It’s as if some universities are more concerned with protecting students from having their feelings hurt or preventing them from having their views challenged than preparing them for the working world and teaching them how to think critically.

Fortunately, some schools are renewing their commitment to intellectual diversity on campus. Earlier this year, the University of Chicago issued a report on academic freedom, and Princeton University adopted its principles. One section of The Report of the Committee on Freedom of Expression reads:

These universities are taking steps to reaffirm their commitment to intellectual diversity. More should do so. 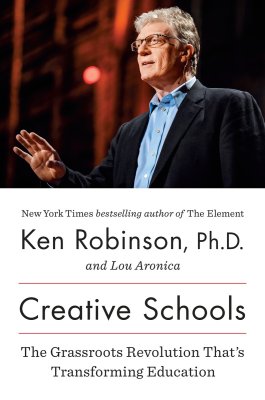 Why Schools Need to Bring Back Shop Class
Next Up: Editor's Pick