A woman being held hostage with her three children in Avon Park, Fla. figured out a way to escape—with some help from Pizza Hut.

The trouble began during the day Monday when Cheryl Treadway tried to leave her house after an argument with boyfriend Ethan Earl Nickerson, according to a Highland County Sheriff’s Office press release. The knife-wielding boyfriend confiscated Treadway’s cellphone and prevented her from leaving the house. At the end of her children’s school day, he accompanied her at knifepoint to pick up the children and forced them to return home.

Eventually, Treadway convinced Nickerson to allow her to order a pizza online with her cellphone. She included a message in the comments section of the order asking Pizza Hut to call 911. Pizza Hut employees noticed the comment and called the police, who freed Treadway and her children. Nickerson faces charges including aggravated assault and battery. 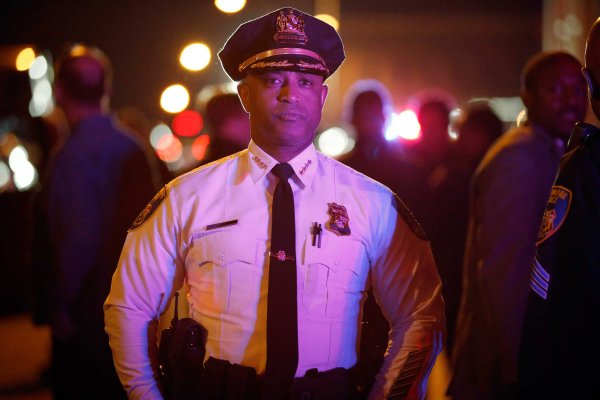 Baltimore Top Cop Says 'We Are Part of the Problem'
Next Up: Editor's Pick