Six writers set to host tables at the ceremony pulled out in protest last month, citing their discomfort with the organization honoring a publication they saw as promoting “cultural intolerance.” More than 200 writers and PEN members then signed a letter of protest siding with them, sparking a vigorous debate within the literary community about the limits of free speech.

Extra security was present at the event, which took place in New York City at the Museum of Natural History, just two days after gunmen opened fire outside of a Garland, Tex., event showcasing cartoons depicting the Prophet Muhammad.

Six writers (including Neil Gaiman and Art Spiegelman) stepped in to fill the seats vacated by their dissenting peers (including Peter Carey and Rachel Kushner).

“One can perhaps be castigated for failing to mention the elephant in the room,” said PEN American Center president Andrew Solomon in his opening remarks, “or in this case, the whale in the room,” referring to the 21,000-pound blue whale replica suspended over the guests.

French Congolese novelist Alain Mabanckou, a presenter of the award, noted that he lost a close friend, Bernard Maris, in the Jan. 7 attack, noting “I miss him a lot tonight.” He also stressed the need to understand the specific cultural circumstances around Charlie Hebdo’s satire before criticizing it.

Dominique Sopo, who leads an anti-racism organization in France called SOS Racisme, said that the newspaper is in fact an ally in the fight against racism, as it satirizes those who would commit violence against black, Jewish, Arab and Roma people in France.

Charlie Hebdo’s editor-in-chief, Gérard Biard, accepted the award alongside Jean-Baptiste Thoret, a film critic. The two men kept the tone of their speeches fairly light, with Thoret joking that he’d like to know what Arnold Schwarzenegger thought of the first issue he received after subscribing in solidarity in January, while Biard said that secularism is “not an F-word. Nor is it a French cultural exception like smelly cheese or flabby presidents.”

New Yorker cartoon editor Bob Mankoff also took the stage to applaud the editors of Charlie Hebdo. “There was no way I was gonna back out because, well, frankly, I rented this tux,” he said. “Worth every penny. It’s bulletproof.” 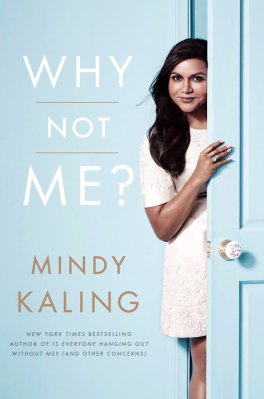 Mindy Kaling Reveals Cover for Second Book Why Not Me?
Next Up: Editor's Pick