How Garbage Spawned a Grizzly Problem at Glacier National Park

Glacier National Park, which spans more than a million acres of pristine Montana wilderness, is home to a variety of predators, from cougars to wolves to grizzly bears. Most of the time they pose no danger to hikers, for whom the adage, “They’re more afraid of you than you are of them,” holds more or less true. For more than half a century after the park was founded — on this day, May 11, in 1910 — the park’s native grizzly bear population left its human visitors alone.

That changed in 1967, when two young women, both 19, were mauled to death by grizzlies at separate campsites on the same night. As TIME reported, the emboldened bears weren’t discouraged by noise or the sight of bonfires — and they didn’t stop attacking even when the campers played dead.

At one campsite, five people hid in their sleeping bags while a grizzly “ripped apart packs and bit into bedrolls, and even slashed the shirt from the back of one camper, who lunged in desperation and hit the bear on the nose,” per TIME. When the bear reared up, four of the campers escaped by climbing trees, but one woman couldn’t get out of her sleeping bag in time, and was carried away and killed.

Meanwhile, 20 mi. away, another young woman was dragged screaming into the night after her male companion endured a mauling without moving, and was therefore abandoned in favor of the livelier prey.

The attacks, immortalized in the bestselling book Night of the Grizzlies, were provoked in part by the hordes of park visitors who had left a trail of trash behind over the years, acclimating the grizzlies to their presence and making them associate humans with food, according to a 2010 PBS documentary. The producer of that documentary believes the lessons learned on that grisly night are still relevant today.

“The problem started with people feeding bears and leaving garbage out,” producer Gus Chambers told PBS. “That’s still an issue, and if people don’t learn from this historic event, more people and more bears will die.”

Still, the night of the grizzlies prompted the park service to clean up its act at Glacier, Yellowstone and other national parks. Biologists, who had long warned of the dangers of the parks’ open dumpsites, advocated for a staggered removal of what had become the bears’ primary food source, according to Slate. When the dumps were instead eliminated in a single stroke, bears fled the parks to find food on privately-owned land, where they were fair game for hunters — who decimated their population. By 1975, when they were given protection under the Endangered Species Act, there were fewer than a thousand grizzlies in the U.S., down from tens of thousands in the early 1800s, per Slate.

Only in recent years have the bears’ numbers edged up again. And while overhauled park policies have made deadly encounters between humans and grizzlies less likely, there is still the risk of a terrifying confrontation when the two apex predators cross paths on a trail.

Read TIME’s original report on the 1967 attacks, here in the archives: Night of Terror 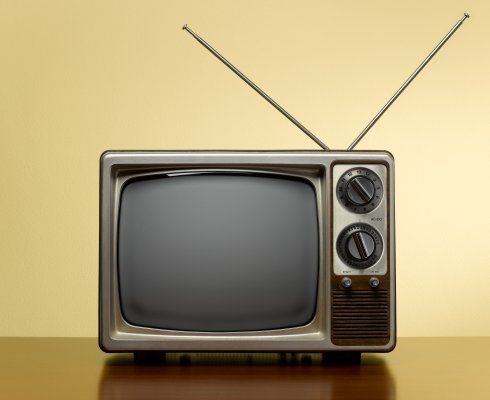 Here's How Much We Spend Powering 'Always-On' Inactive Devices
Next Up: Editor's Pick