A new exchange dug out of the trove of leaked Sony emails suggests that Marvel Entertainment CEO Ike Perlmutter questioned the profitability of a female-led superhero film just months before the company announced the upcoming Captain Marvel movie.

As Disney and Marvel have faced increasing criticism for their failure to highlight female heroes in previous movies, Indiewire found a message from Perlmutter to Sony executive Michael Lynton listing female superhero films that have failed. The context of the summer 2014 email is unclear: Perlmutter could be enumerating the films as proof that female superhero movies bomb at the box office, or he may be optimistically hoping to break the pattern. (Marvel declined to comment.)

Read the email below:

Despite Perlmutter’s apparently negative view of previous female-led superhero movies, Marvel scheduled its first such film, Captain Marvel, for 2018. Sony also announced last year that they were planning to create a movie based on a woman character from the Spider-Man universe (though they have yet to say which character).

Yet this revelation comes in the wake of several accusations of sexism against Marvel. Fans expressed disappointment with the decision to exclude Wasp, a female founding member of the Avengers, from both the Avengers films and the upcoming Ant-Man movie. Criticism reached a fever pitch two weeks ago when Avengers: Age of Ultron actors Chris Evans and Jeremy Renner joked during a press junket that the character Black Widow (played by Scarlett Johansson in the films) was a “slut” and a “whore.” Over the weekend, Saturday Night Live spoofed the Marvel scandal with a trailer for a rom-com version of Black Widow that contained the slogan “Chill. Marvel gets women.”

Assuming the worst, fans are already criticizing the Perlmutter email on social media, aptly pointing out that plenty of male superhero movies that have tanked as well (see: Green Lantern, Green Hornet, Daredevil). The email is particularly alienating to the comic world’s female fan base, which has expanded dramatically since the films Perlmutter lists premiered. About half of Comic Con attendees are now women, and more than 40% of the audience for Guardians of the Galaxy—Marvel’s biggest hit last year—was female. 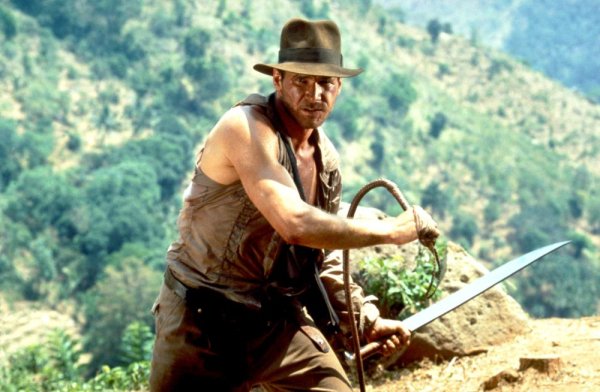 Disney Is 'Talking About' the Next Indiana Jones Film
Next Up: Editor's Pick