The Islamic State of Iraq and Greater Syria claimed that the gunmen at a Texas cartoon exhibition were “soldiers of the caliphate,” but experts say that it’s still unclear if and what ties really existed.

On May 3, authorities say that roommates Elton Simpson and Nadir Soofi injured a security officer when they fired assault rifles at the exhibition in a Dallas suburb that featured images of the Prophet Mohammed. Police killed both men.

On Tuesday, a statement from ISIS’s Al Bayan radio claimed responsibility for the attack, marking the first such ISIS claim for an attack on U.S. soil. “We tell America that what is coming will be even bigger and more bitter, and that you will see the soldiers of ISIS do terrible things,” the group said.

But experts are skeptical. “What proof has ISIS offered?” Bruce Riedel, a former member of the CIA and head of the Intelligence Project at the Brookings Institute, said in an email to TIME. He said police would have been able to confirm “fairly easily” whether the gunmen had received orders from ISIS by checking their phones and computers.

Others say that the links to ISIS may have been tenuous at best. One unnamed U.S. official told Reuters that it was possible ISIS played an “inspirational” role in the attack rather than an “operational” role. “They may not have had formal contact (with ISIS). They may have had email communication or read communications from ISIS, but I don’t think they were directed by ISIS,” former FBI agent Tim Clemente told CNN.

Though it’s still unclear what contact — if any — the gunmen had with ISIS, the FBI had been investigating Simpson since 2006 after recorded him talking about fighting nonbelievers for Allah. He was arrested in 2010, a day before he allegedly planned to leave for South Africa, according to the Associated Press. But he was charged only with lying to a federal agent and given three years of probation and $600 in fines and court fees.

The attack in Texas reawakened fears that extremists abroad could inspire terror attacks in the West, months after gunmen opened fire at the Paris office of the satirical newspaper Charlie Hebdo in January. While Al-Qaeda in the Arabian Peninsula, the terror group’s Yemen-based affiliate, claimed responsibility for that attack, the suspect in related attacks, including the assault on a kosher supermarket two days later, had likewise pledged allegiance to ISIS. 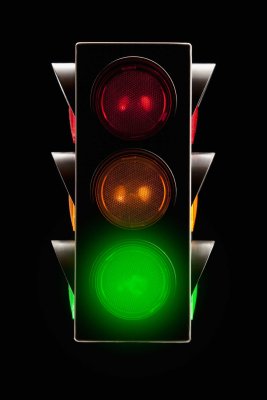 How Smart Traffic Lights Could Transform Your Commute
Next Up: Editor's Pick