Elissa Alvarez, 20, right, and Jose Caballero, 40, listen to witness testimony during their trial for lewd and lascivious exhibition on May 1, 2015, at the Manatee County Judicial Center in Bradenton.
Paul Videla—Bradenton Herald
By Victor Luckerson

A Florida couple found guilty Monday of having sex on a public beach could face up to 15 years in prison for the crime.

Jose Caballero, 40, and Elissa Alvarez, 20, were convicted of two counts each of lewd and lascivious behavior for having sex on Bradenton Beach in 2014. The jury took only 15 minutes to reach a verdict, Ronald Kurpiers, their lawyer, told TIME.

“It’s a horrifically harsh potential penalty for what they’re alleged to have done and that’s really the rub here,” he said.

Witnesses said the incident was seen by a 3-year-old and other children, the Miami Herald reports. Lewd conduct crimes are prosecuted more severely in Florida if minors are present, and both Caballero and Alvarez will be required to register as sex offenders.

The couple’s lawyer maintains that even though the incident was caught on video, there was no evidence of explicit sexual activity. Kurpiers said that Alvarez and Caballero declined to accept a plea deal with the state prosecutor because they didn’t do anything wrong.

Caballero is likely to serve a full 15-year sentence because he was in jail on a felony cocaine trafficking charge within the last three years, Assistant State Attorney Anthony Defonseca told the Miami Herald. Alvarez, who has no prior convictions, is expected to receive a significantly lighter sentence.

Kurpiers added that the couple had not decided whether they will appeal the verdict.

The state attorney’s office did not immediately respond to a request for comment. 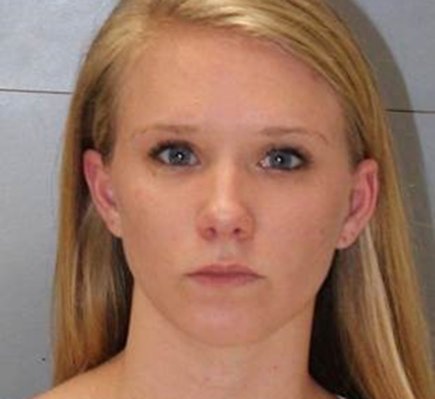