Can Antidepressants Be Safe for Kids?

Currently, antidepressants carry a “black box warning” cautioning people that the pills can cause an increased risk for suicidal thoughts and behaviors. But researchers in a new study published in the journal Translational Psychiatry have taken a closer look at what exactly is causing these behaviors, and how to avoid them.

The warning was first affixed to antidepressants 10 years ago, after the U.S. Food and Drug Administration (FDA) determined that a phenomena of increased “suicidality”—which means suicidal thoughts and behaviors, as opposed to actual suicide—could occur in young people who begin taking antidepressants.

As TIME has previously reported, many in the psychiatry community were upset by the addition of the warning, saying it discourages prescribing the drugs to people who need them. Depression is the greatest risk for suicide, not antidepressants, they argue.

In the new study, researchers decided to take a closer look at what exactly was happening when young people started on antidepressants. It’s been known for some time that often, when people take antidepressants, the individuals’ symptoms can get worse before they get better. Dr. Adam Kaplin, an assistant professor of psychiatry and neurology at the Johns Hopkins University School of Medicine and his colleagues looked closely at this period, and how this adjustment period might be mitigated in young people.

Serotonin re-uptake inhibitors (SSRI) cause serotonin levels to rise. But there is a receptor in the brain called the 5-HT1AR, which acts like a break and prevents this from happening. Eventually, the receptor regulates, and allows serotonin levels to increase, but before that happens, patients can feel worse. The researchers tested this with mice, and showed that mice became anxious when they were first given an SSRI. But when the researchers gave these mice drugs that blocked the 5-HT1AR receptor in addition to the SSRI, the mice fared better.

“Not only did it completely reverse that anxiety, it made them less anxious than they were at baseline. It made the SSRI’s positive effects kick in almost immediately,” says Kaplin.

Currently, fluoxetine (Prozac) is the slowest-acting SSRI, and the only one approved for kids ages 8 to 12, the authors say. The researchers used a computer simulation to determine how long the adjustment period is for other types of SSRIs as well. They found that starting with half the normal dose and slowly increasing to the full dose over the course of a month was the best strategy for limiting the downside that comes with the adjustment period.

Why Some Antidepressants Make You Feel Worse Before Better

The researchers say they hope their study sheds light on what’s happening when kids start on antidepressants, and what an appropriate dosing strategy may look like. “We are saying, Look, these drugs are perfectly safe once you understand them, and you understand that you have to start them low and go slow or add something that blocks the 5-HT1AR receptor,” says Kaplin. “We are trying to say this is not a mystery. We understand the mechanism.”

Currently there are no drugs that effectively block the 5-HT1AR receptor in the way the researchers would like, but Kaplin says they are looking for a company that may be interested in developing one for human use. 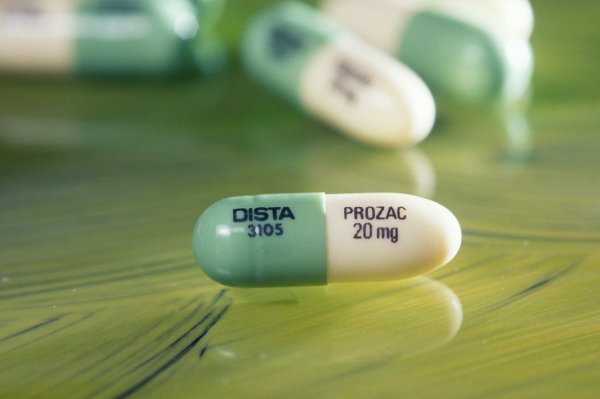 Why Some Antidepressants Make You Feel Worse Before Better
EDIT POST