Shonda Rhimes to Produce The Warmth of Other Suns Adaptation

FX is developing a limited series based on Isabel Wilkerson’s The Warmth of Other Suns with writer-director Dee Rees and producers Shonda Rhimes and Betsy Beers, best known for the ABC drama trifecta Grey’s Anatomy, Scandal and How to Get Away With Murder. The Hollywood Reporter first reported the news. (FX didn’t immediately respond to EW’s request for comment.)

Published in 2010, The Warmth of Other Suns is nonfiction study of the Great Migration, in which, between 1915 and 1970, nearly 6 million black citizens fled the South for safety in northern and western cities. Wilkerson, who won the Pulitzer Prize in 1994 and became the first African-American woman to do so, spent 15 years writing the 622-page New York Times bestseller and winner of the National Book Award for nonfiction.

The adaptation, to be penned by Rees, marks Shondaland’s first foray into cable TV. The limited series is also the latest in a line of black heritage dramas currently in development: WGN America is working on the 10-episode production Underground, HBO and Amblin TV have a Harriet Tubman biopic set to star Viola Davis, a Roots remake is headed to History, A&E, and Lifetime in 2016, and a miniseries named Freedom Run is in development at NBC. 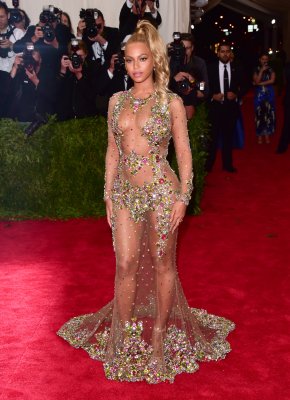 This Is Why the Met Gala is the Perfect Celebrity Event
Next Up: Editor's Pick