This Is Why the Met Gala is the Perfect Celebrity Event

The Met Gala, an annual event notionally intended to raise funds and awareness of the Metropolitan Museum of Art’s Costume Institute, is once again dominating the entertainment-news cycle for a morning. Over the past several years, it’s come to occupy a similar space in the celebrity calendar as the Oscars or Golden Globes, a guaranteed headline-generator thanks to the attendees’ elaborate wardrobes.

But at awards shows or movie press tours or other red-carpet opportunities of the sort, there’s something at stake beyond fashion. When a star walks the red carpet at the Oscars, she’s there on the basis of her talents and abilities, and at a movie premiere, she’s specifically hoping to draw attention to her work onscreen. Stars are invited to the Met Gala, usually by the fashion companies with the wherewithal to buy seats, with the understanding that they’re little more than ornamentation. There’s no other prize to win but best-dressed.

In large part because the event is run by Vogue (a magazine in whose pages it’s considered a coup to appear), the stars who attend generally play ball with fairly extreme requests. The majority abide by themes that are often risky or unflattering; Sex and the City actress Sarah Jessica Parker, for instance, wore an ornate red headpiece in honor (sort of!) of Chinese fashion last night, and when the theme was “punk” in 2013, she wore a fake mohawk. The Met Gala isn’t exactly trolling the stars who attend, but it makes clear that—in the era of Reese Witherspoon’s “Ask Her More” movement encouraging stars to assert their intellectual sides on the red carpet—the whole point is to sublimate oneself to fashion.

That’s not to say that stars’ personalities don’t come through, in one way or another, at the Met Gala. From Rihanna’s regal yellow gown to Beyoncé’s near-nude dress, the looks all were roughly on-brand for the stars inhabiting them. But the looks are all we have. Though there are reporters on the red carpet, they generally get next-to-nothing but the names of designers. The Met Gala is a nutrient-free event, perfect for the Internet age. It produces no meaningful takeaway, just a set of images of celebrities onto which one can project anything.

In 2013, Gwyneth Paltrow, who’d bent the rules by wearing Pepto pink to the “punk” gala, made waves when she said that she’d never attend the event again. “It was so un-fun,” the actress said. But who could be surprised by that? The event doesn’t even look like fun. It looks like the boiled-down essence of a celebrity’s job: Spending hours getting ready to be photographed, in order to provide grist for one’s fans and make other people money. All of them will be honored for the more edifying aspects of their jobs on other occasions, but for spectators, the Met Gala is a refreshing break from meaning in favor of pure celebrity.

Read next: These Are The Best Met Gala Memes 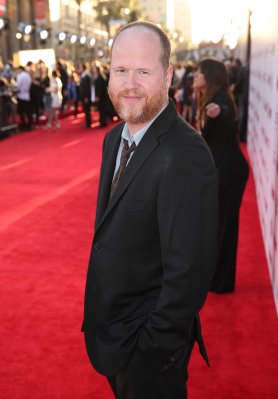