'Dad Bod' Is a Sexist Atrocity

The Internet often thinks that it found a new thing when it really just came up with a new name for something that has existed for decades. The most recent fad is a fixation on the “Dad Bod,” a physique that looks like a formerly fit athlete has gone a bit to seed and grown a nice layer of protective fat around his muscular girth. He’s less Muscle & Fitness than he is Ben & Jerry’s.

“The dad bod says, ‘I go to the gym occasionally, but I also drink heavily on the weekends and enjoy eating eight slices of pizza at a time,’” writes Clemson University student Mackenzie Pearson in an article that went viral and accounts for the current fixation on the Dad Bod. The problem with the Dad Bod isn’t what it says about men, but what it says about women and how we treat them.

The Dad Bod is nothing new—just look at sitcom dads for proof—but this fixation and the fetishization of it is a recent phenomenon. Maybe it’s a backlash to the more chiseled metrosexual look that has been championed for the last several decades. For his foray as Ant Man in the upcoming movie, ultra Dad Bod Paul Rudd had to shed his extra pounds to show off his superhero abs. Chris Pratt still gets to rock a Dad Bod when playing funny on Parks and Recreation, but when he wanted to be an action star, he had to get buff for Jurassic World. Ryan Reynolds, recently a dad, shows no sign of wanting fatherhood to affect his diet of what I assume must consist solely of chicken breasts and egg-white omelets.

But just as the beauty standards for men were starting to get as stringent as they have always been for women, along comes the Dad Bod. Now all of our prospective Brad Pitts can look more like Seth Rogens. And while it might be nice to cuddle up to Seth Rogen, just look at his romantic partners in his movies. They certainly don’t look like they stopped going to yoga class and let themselves get a little bit thicker than the day they graduated from college.

That’s the problem with the Dad Bod: It continues to reinforce inequality about what is acceptable for men and women. While the ladies have to go to Pilates and watch every single calorie, guys are free to let themselves get lazy, chow down on all the chips and guac they want, and still expect their prospective mates to be fit.

Just look at Pearson’s reasons why she loves a guy with a Dad Bod. “We don’t want a guy that makes us feel insecure about our body,” she writes. “We are insecure enough as it is. We don’t need a perfectly sculpted guy standing next to us to make us feel worse.” She accepts that women have a harder time than men when it comes to body-image issues, but she also uses guys as a prop to make women feel better. Why not try to accept your body for what it is without comparing it to anyone else, male or female?

She also assumes that old stereotype that the woman will be hotter than her guy, which is unfortunate. “We want to look skinny and the bigger the guy, the smaller we feel and the better we look next to you in a picture,” she says. So the Dad Bod actually isn’t about liking the guy’s actual body; it’s more about how his body makes the woman feel. Not only is this incredibly selfish, but it also assumes that the Dad Bod actually looks bad thereby making the woman look better. While her argument seems to support men accepting a body that isn’t sculpted by constant hours in the gym, it’s actually doing the opposite.

There are people who enjoy the Dad Bod for its own aesthetic value, and there’s nothing wrong with that. Having a bit of cushion makes a guy look like he has better things to worry about than his appearance and isn’t so prissy that he only cares about the way his triceps look in a tank top. That just shows you what our society things about the intrinsic values of men versus women. If caring about one’s appearance is shallow, those are qualities that women should assume and men should assay.

A man is perfectly fine if he’s sweet, cuddly, and a good provider. Meanwhile, the female equivalent of the Dad Bod is an acronym not fit for publication on a family website, starting with “mother I’d like…” (You know the rest.) While a man is valued for his warm and fuzzy demeanor, a woman is valued as a sexual object. And the women in question don’t look like they’ve ever entered an all-you-can-eat Buffalo Wing contest like their Dad Bod brethren.

Just because the Dad Bod is yet another symbol of gender inequality doesn’t mean that we should force guys into Cross Fit so that they’ll have washboard abs. (Ironically enough, most of the young fathers I know are already in Cross Fit trying to fight off that spare tire Dad Bod lovers seem to want.) The takeaway from this new phenomenon is that we all need to be happy in our bodies and make good, healthy choices to please ourselves and live the lives that we want, not ones dictated by fashion magazines, the athletic-wear industrial complex (I’m looking at you, Under Armor), or our current or prospective sexual partners.

Guys don’t need much help with this acceptance. After all, the Dad Bod, which has been around as long as there has been canned beer and suburbs, isn’t just being tolerated; it’s being celebrated. Now we need to get all those guys who are rocking that bod to support women in accepting and celebrating their bodies, no matter what they may look like.

Read next: Feminists Are Reclaiming the Sexist Hashtag #HowToSpotAFeminist and It’s Glorious 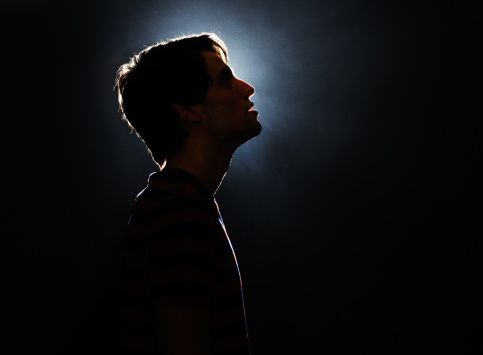 The Modern Day Scarlet Letter
Next Up: Editor's Pick