Here are 5 Surprising Jobs You Can Get With the U.K. Royal Family

The Queen's Swan Marker David Barber holds a cygnet before releasing it back into the River Thames, after it was counted and checked during the annual "Swan Upping" census in July 2014.
Matt Dunham—AP
By Megan Gibson

One of the biggest questions on people’s minds as the Duchess of Cambridge left London’s St. Mary’s Hospital on Saturday with Princess Charlotte Elizabeth Diana, was just how Kate could manage to leave her doctors’ care less than ten hours after giving birth. (And looking stunning while doing it, no less.)

The answer partly lies in the fact that the royal household has a large and trusted staff including an appointed Surgeon-Gynecologist to the Royal Family, Dr Alan Farthing, who has held the position since 2008. In addition to his royal role, Farthing also has a private practice on London’s Harley Street and works at London’s Queen Charlotte’s Hospital and St. Mary’s Hospital.

While it may strike some as surprising that the royal household has its very own Surgeon-Gynecologist with a formal title, it’s actually one of the more logical positions that are currently held. Though historical jobs with the royal family tend to sound even more bizarre —formal titles included Chocolate Maker to the Queen and Keeper of the Lions in the Tower — there are still some peculiar positions within the current royal household.

Here are some of the more unusual royal job titles and posts that are currently held:

Warden of the Swans — Together with the Marker of the Swans — another formal position — the Warden will “conduct the annual census of swans on the Thames,” reports the Guardian, a process called swan upping. The Queen owns all of the unmarked mute swans in the U.K., yet she only chooses to exercise her ownership rights on certain stretches of the Thames. The current Warden, biologist Christopher Perrins, an emeritus fellow at Oxford University, has held the position since 1993. Prior to that, the Warden of the Swans and the Marker of the Swans was one position, known as the Keeper of the Queen’s Swans.

Master of the Queen’s Music — A position with no set responsibilities, the Master of the Queen’s Music is thought to be a position of honor given to a prominent musician for a period of ten years. The current Master is composer Judith Weir, who was appointed in 2014. Though the position does not formally require it, Masters of the Queen’s Music are able to compose music for royal or state occasions if they wish. Weir introduced a special arrangement of the U.K. national anthem, “God Save the Queen,” during King Richard III’s reinternment in March, 2015.

Astronomer Royal — Now largely an honorary title, the senior Astronomer Royal — presently Martin Rees, Baron Rees of Ludlow, who has held the position since 1995 — is expected to “be available for consultation on scientific matters for as long as the holder remains a professional astronomer,” according to the British Monarchy’s official website.

The Queen’s Piper — A position since the Victorian era, the piper is tasked with playing every weekday at 9:00 a.m. for around 15 minutes under the Queen’s window when she is not traveling and in residence at either Buckingham Palace, Windsor Castle, the Palace of Holyroodhouse or Balmoral Castle. According to the Monarchy’s website, in recent decades the “post has been awarded to a serving soldier and experienced army Pipe Major on [temporary transfer], who retains his army status and pay although becoming a member of the Royal Household at Buckingham Palace.” The current piper is David Rodgers of the Irish Guards. 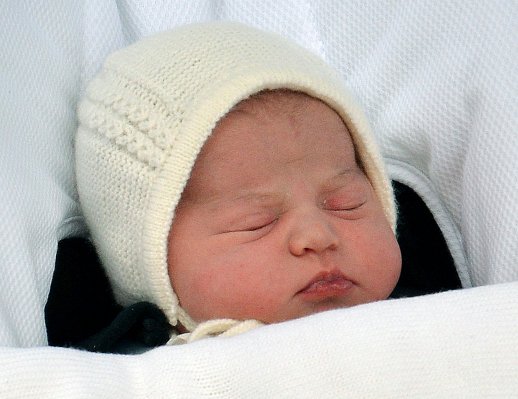