Joss Whedon arrives at the Los Angeles premiere of "Avengers: Age Of Ultron" at the Dolby Theatre on April 13, 2015.
Matt Sayles—Invision/AP
By Anthony Breznican / Entertainment Weekly

Joss Whedon and Twitter have broken up. The conscious uncoupling happened at some point on Monday, following the $191.3 million opening weekend of Avengers: Age of Ultron, which collected the second-highest grossing three-day debut in history. (After only the $207 million opening of Whedon’s original Avengers in 2012.)

Whedon’s departure did create a wave of speculation on Twitter that he closed his account because of “death threats.” A search of tweets directed at him over the past week definitely turned up some deep ugliness, with some of the abusive users urging him to “die” or “commit suicide” over plot points they didn’t like in Age of Ultron. Although these comments are clearly disturbing, there was no unifying complaint or groundswell of attack beyond just the random (but all-too-typical) viciousness of anonymous social media trolls.

The most abusive bullying came from viewers who objected to Black Widow’s tentative relationship with The Hulk’s Bruce Banner and another scene in which she was briefly captured by Ultron. There was also anger about how he depicted Quicksilver and a number of other plot points that “fans” of this comic book title apparently felt justified harassment. Filtered out and pasted together, as some on Twitter have done, it looks like significant vitriol – but compared to the immense volume of conversation about this film on the social media platform, it’s really background static.

Was Whedon merely retreating from Twitter after his publicity effort was finished, or was he forced off by a loose fringe of haters taunting him to block them or “commit suicide”? He hasn’t said. Maybe a little of both. As Patton Oswalt, who has skewered the hypersensitivities of the politically correct crowd before, tweeted today: “There is a ‘Tea Party’ equivalent of progressivism/liberalism. And they just chased Joss Whedon off Twitter. Good job, guys. Ugh.”

Not that the Whedon was a fan of Twitter before the attacks, despite being a popular and prolific presence on the social networking platform. (To quote the killer robot in his new film, “Everyone creates the thing they dread.”) Although his representatives haven’t immediately responded to requests for comment on the deletion, we have a pretty good idea why Whedon chose to leave the space, based on this quote he gave to EW’s James Hibberd in August 2013: 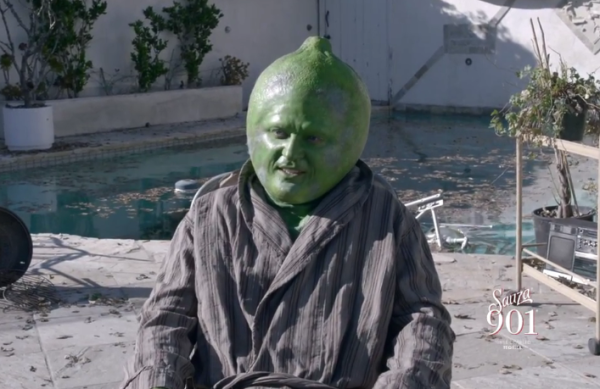 Watch Justin Timberlake Dress Up as a Lime in Bizarre Tequila Ad
Next Up: Editor's Pick