Former Hewlett-Packard CEO Carly Fiorina pushed back against a question about whether she’s running for vice president, implying it was sexist during an interview with Katie Couric on Yahoo News.

Noting her low polling numbers, Couric asked Fiorina if she was actually running for the No. 2 spot on the ticket.

“Oh Katie, would you ask a male candidate that question?” she responded.

Though it hasn’t been asked much so far this year, the question has been posed to male candidates in the past. In 2004, the New York Times called it the “worst question” of the primaries because it was asked so much of North Carolina Sen. John Edwards: “John Edwards gave the same boring answer at every stop, but reporters never stopped asking it anyway: ‘Are you running for vice president?'” (After all that, Edwards ended up as John Kerry’s running mate, disproving the idea that it was a bad question.)

Former New Mexico Gov. Bill Richardson was also dogged by the question in 2008.

“Why does everyone always ask me that?” he responded in a video interview, laughing somewhat bitterly. “No, I don’t want to be vice president.”

And though it hasn’t been posed to former Maryland Gov. Martin O’Malley, who’s polling well behind Democratic presidential frontrunner Hillary Clinton, the idea that he’s actually running for No. 2 has been raised. 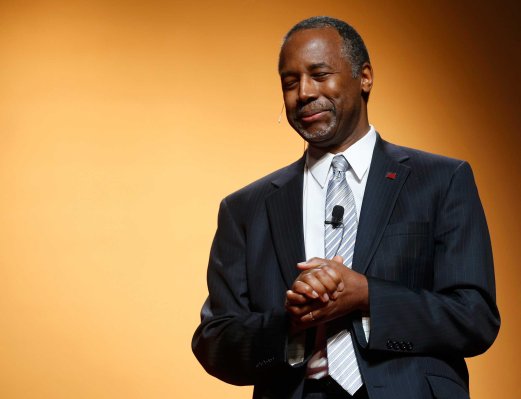