8 Life-Changing Lessons on How to Be Happy

What makes us happy? Thirteen happiness experts, including psychologists, researchers, monks, and the inimitable Malcolm Gladwell, try to shed light on this surprisingly difficult question in a series of TED Talks about happiness.

Over and over, the same two themes emerge. First, we’re usually wrong about what will make us happy—or unhappy, for that matter. For example, research has demonstrated that people who win the lottery are no happier about that event one year later than if they’d lost the use of their legs instead. And second, happiness is largely a matter of choice. Which is good news, because it means we can pretty much all be happier if we want to be.

How can we make this happen? Here’s some of what the TED speakers advise:

1. Don’t expect happiness to be one-size-fits-all.

In a fascinating bit of product history, Gladwell recounts how the food industry discovered to its astonishment that some people like chunky tomato sauce. And what that discovery means in a broader context–that what makes me happy won’t necessarily do it for you, and vice versa.

Or at least, keep chasing them but don’t expect them to make you substantially happier than you are right now. As psychologist Dan Gilbert explains, our brains have a defense mechanism that’s hard-wired to make us happy with the lives we have, whatever those may be. Even Pete Best, a drummer best known for getting fired by the Beatles just before they hit it big, now says he wouldn’t want it any other way.

If you love your work, you’re good at it, and you’ve been doing it for a while, you probably have experienced “flow,” that state where you get so lost in what you’re doing that you forget yourself and everything else. That state of flow is where true happiness lies, says psychologist Mihaly Csikszentmihalyi, and we can also find it when doing something creative, or even something recreational. But only so long as we keep challenging ourselves. Boredom is the opposite of flow.

Connecting with other people and feeling part of something larger than ourselves takes us a long way toward happiness. Social scientist Michael Norton recounts a fascinating experiment that proves–contrary to popular belief–that money can buy happiness, so long as you spend it on someone other than yourself. Not only will you have made someone else happy, you’ll have made yourself happy too, a happiness buy-one-get-one-free special.

We tend to expect that being happy will make us feel grateful, but actually it’s the other way around, explains Benedictine monk David Steindl-Rast–being grateful is what will make us feel happy. And gratitude is a choice, he says. How can we remember to be grateful? By reminding ourselves of all the gifts in our lives. Even something so simple as a water faucet was a true occasion for gratitude for Steindl-Rast after a stint in Africa where drinking water was scarce. When in time it started to seem ordinary again, he put a sticker on the faucet to remind himself what a wonderful thing it was.

The way to do this is by meditating on compassion, says Buddhist monk Matthieu Ricard. It takes time, he says, but it’s worth doing. Brain scans show that monks who are practiced at such meditation show happiness activity in their brains that is “off the charts” compared with everyone else.

Though he doesn’t mention it, Ricard himself is the poster child for this approach. According to Google’s happiness guru Chade-Meng Tan, Ricard’s own brain scans show him to be the happiest person on the planet.

It sounds too simple to be true, but research actually shows that if you smile, you’ll have better health, a better marriage and other relationships, and increased life expectancy, says HealthTap founder Ron Gutman. So if you haven’t smiled yet today, what are you waiting for?

In a highly personal talk, The Vagina Monologues creator Eve Ensler recounts the epidemic of worldwide violence against women she learned about as a result of her hit show. For a while, these stories threatened to overwhelm her. But then she found herself at the head of a movement to end that violence and give young girls in Africa a refuge from violence she herself had lacked as a child.

And then she says, she learned, “this really simple thing, which is that happiness exists in action; it exists in telling the truth…and giving away what you want the most.” That’s the kind of happiness all of us can reach for. 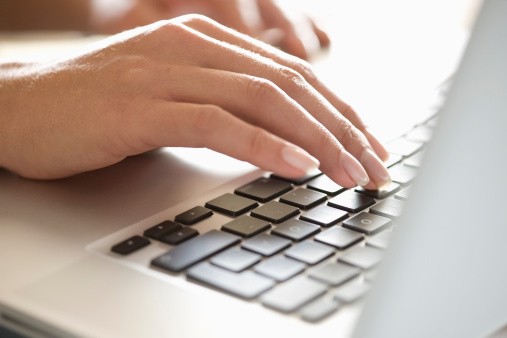 5 Common Resume Mistakes You Can Fix On Your Own
Next Up: Editor's Pick