Sympathy (of a Sort) for Aaron Hernandez

Goodbye to all that: Hernandez being arrested on June 25, 2013—his final day as a free man
George Rizer for The Boston Globe
Ideas
By Jeffrey Kluger
Jeffrey Kluger is Editor at Large for TIME magazine and the author of ten books, including Apollo 13, Apollo 8 and two novels for young adults. He has written more than 40 cover stories for TIME on topics ranging from space to human behavior to climate to medicine. Along with others at TIME, Kluger is an Emmy nominee for the web series A Year in Space.

Aaron Hernandez belongs in hell—literally. If the fiery pit really exists, the former New England Patriot who was just sentenced to life without parole for the murder of a friend, is awaiting trial for two earlier murders and is being sued by man whom he allegedly shot in the eye and left for dead, deserves a confirmed reservation in the lowest circle. What Hernandez and a lot of people like him don’t deserve, however, are the prisons in which they are serving their much-deserved sentences—at least in the conditions under which they will serve them.

The news stories that followed Hernandez’s conviction adhered to schadenfreudean form: watch as the man who used to wear number 81 dons the uniform of inmate W106228; watch as the one-time owner of a 7,100 sq. ft. home is locked inside a cell smaller than a parking space. There’s a certain understandable satisfaction in that: Criminal justice is at least partly about retribution—civil society venting its anger at its most uncivil members. And a killer like Hernandez has a lot of anger coming to him. But when does a lot become too much, especially if civil is the way a society wants to remain?

Just how Hernandez will do his lifetime of time is not yet set; a lot will depend on his behavior, his safety, and how much humbling the administrators of the Souza-Baranowski Correctional Center outside of Boston believe he needs. But at best he can expect to remain inside his cell 19 hours out of every 24. Solitary confinement is a possibility—and that will mean 23-hour-a-day lockdown with an hour outside in a small, caged recreation area. He will eat his meals alone in his cell.

If Hernandez does wind up so deep in the correctional hole, he won’t be alone. Roughly 2.3 million people are incarcerated in the U.S. and an estimated 80,000 of them are either in solitary confinement or some other kind of segregated housing. That includes the more than 3,000 inmates on death row, most of whom remain there for years or decades. That once included too the 151 inmates who have been released from death row since 1973 after wrongful convictions were exposed and overturned. In many states, 23 hours in the cell also means no TV, radio, books, music, magazines, or any other distractions.

Conditions like that may be designed to break the spirit, especially in the case of gang members or other violent prisoners, but they also wreck the mind—and fast. As TIME reported in 2007, electroencephalograms show that it takes only a handful of days in isolation for prisoners’ brain waves to shift to a pattern indicating isolation and delirium. As long ago as 1890, the U.S. Supreme Court condemned solitary confinement for its tendency to leave prisoners in a “semi-fatuous condition,” a form of punishment some investigators now call “no-touch torture.”

Suicide rates are disproportionately high among the punitively entombed, as are hallucinations, violent episodes, panic, paranoia, and self-mutilation. And since it is underlying mental disorders that often land inmates in prison in the first place, the time they spend in the hole only exacerbates the problem.

Not only is this inhumane, it also perverts the criminal justice system. When Jose Padilla, the so-called dirty bomber now serving 21 years on terrorism charges, was preparing to stand trial in 2007, his lawyers challenged his fitness to do so, arguing that the three and a half years he had spent in solitary had rendered him unable to assist in his own defense. It was an argument that availed Padilla little, but it provides a credible avenue for other defense attorneys involved in similar cases.

Worse, inmates who are not serving life terms and are eventually released to the streets after long stretches in segregated confinement are likelier to re-offend violently—a combination of rage and lack of social contact destroying whatever self-regulatory faculties they once had. In 2013, Colorado prison director Tom Clements, who had begun reforming the state’s solitary confinement policies, was gunned down by a former prisoner who went straight from solitary confinement to freedom, a sudden trip across dimensions he was clearly not able to handle. His successor, Rick Raemisch, has continued the reforms and even spent nearly 24 hours in an isolation cell as a way of both sampling the experience and demonstrating his commitment to limiting its use.

Pressure for reform is coming as well from prison staffs—who live every day with the dangers that accrue when violent criminals are driven systematically mad. Last year, the Texas prison guards’ union wrote a letter to the state’s department of criminal justice asking that the use solitary confinement be curbed, that even some death row inmates be integrated into the prison population and that such sanity-preserving privileges as TVs, tablets, and the option of a prison job be more widely offered.

According to the Houston Chronicle, the state had already made impressive progress, reducing the solitary confinement population by 25% since 2006. But that still leaves 7,100 inmates—2,400 of whom have diagnosed with psychiatric illnesses or mental disability—locked away alone. A handful of other states including New York, Colorado, and Mississippi have also begun reforming their solitary confinement policies.

Compassion for monsters is not easy to achieve—and the slope gets slippery fast. Hernandez is one thing, but what about Boston Marathon bomber Dzhokhar Tsarnaev, who is still waiting to see if he will be sentenced to death or life? What about Oklahoma City bomber Terry Nichols or 9/11 conspirator Zacarias Moussaoui? Your pure evil may be different from my pure evil, so how do we decide? The only thing all of these criminals have in common is that they once had lives, freedom, and, in the case of Hernandez, fame and great wealth too—and they forfeited it all. We can punish them and pen them without forfeiting an important part of ourselves as well. 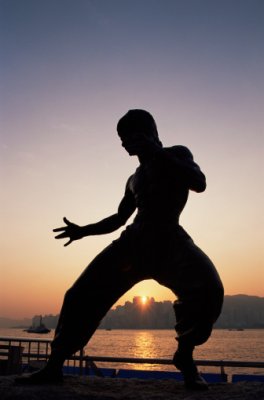