A new study shows a type of sugar found naturally in fruit may increase cravings for high-calorie foods.

In a small study of 24 people published in the journal PNAS, researchers found that fructose — which we primarily consume as an added sweetener in processed foods — was associated with activity in some areas of the brain that process rewards.

MORE: This Is the No. 1 Driver of Diabetes and Obesity

The researchers gave the volunteers cherry-flavored drinks that were sweetened with fructose on one day and drinks sweetened with glucose on another day, and asked them to report their hunger levels.

Neuroimaging scans of the participants showed more activity in the orbitofrontal cortex and visual cortex of their brains, which are involved in reward processing, when they looked at images of food after they ingested fructose compared to glucose.

The researchers also showed the men and women images of high calorie foods and asked if they would like to have food now, or if they would like a monetary bonus later on. When drinking fructose, the individuals were more likely to say they wanted the food reward right away rather than money later on.

“These findings suggest that ingestion of fructose relative to glucose results in greater activation of brain regions involved in attention and reward processing and may promote feeding behavior,” the study authors write. It’s possible, they suggest, that fructose has less appetite suppressing effects compared to glucose. As TIME has previously reported, the two types of sugar are metabolized differently in the body.

The findings are still preliminary and the study sample was small, but this isn’t the first time that fructose has been linked to possibly unhealthy effects. A previous 2015 study published in the Mayo Clinic Proceedings showed that, when compared to other types of sugars and sweeteners, fructose was linked to worsening insulin levels and glucose tolerance—a driver for pre-diabetes—and it was linked to harmful fat storage and markers for inflammation and high blood pressure.

So does that mean you should give up eating fruit? No, says study author Dr. Kathleen A. Page, an assistant professor of clinical medicine at the Keck School of Medicine of the University of Southern California told the New York Times. “It has a relatively low amount of sugar compared with processed foods and soft drinks,” she said. 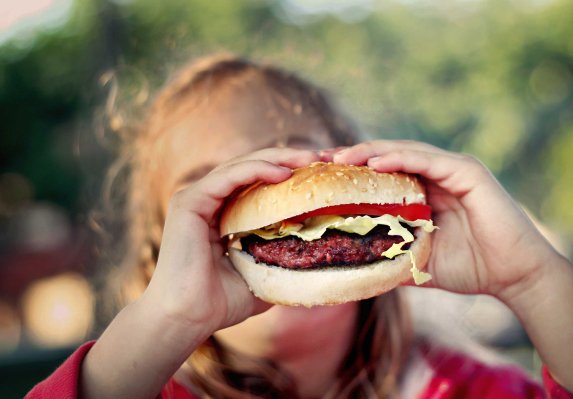