See This 'Superhero' Kid Get an Obama Fist Bump

President Barack Obama greets Luca Martinez, 4, with a fist-bump as he walks from the White House to board Marine One in Washington on May 2, 2015.
Carolyn Kaster—AP
By Sam Frizell

Royal babies get all the attention in England, but what’s the perk of being the son of a press photographer? A once-in-a-lifetime fist-bump with the President.

On Saturday, four-year-old Luca Martinez accompanied his father, Associated Press photographer Pablo, to the South Lawn to see President Obama’s helicopter up close. Luca wore superhero clothes and goggles to protect his eyes during takeoff and covered his ears against the noise, according to CNN.

The President strode out and saw Luca, and gave him a pound for the ages, complete with exploding fist.

It was fun, Luca said when reporters asked him about it. 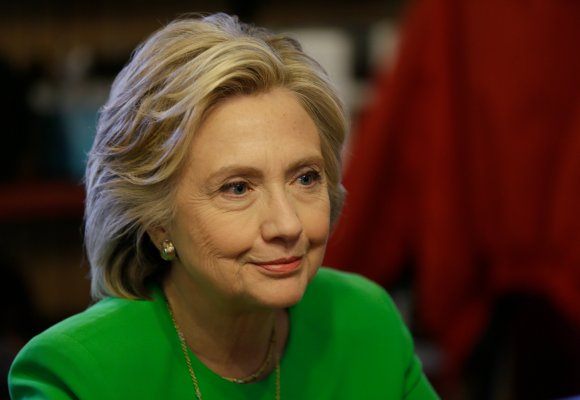 Veep Creator on Hillary Clinton and the Intense Pressure to Say Nothing
Next Up: Editor's Pick