Jimmy Kimmel can add another title to his resume – hype man.

The comedian and host of Jimmy Kimmel Live joined Manny Pacquiao’s entourage on Saturday, walking out behind the boxer before Saturday night’s big match in Las Vegas. While Pacquaio may have lost the “Fight of the Century” to opponent Floyd Mayweather Jr., he was definitely lucky to have Kimmel in his corner.

In what appeared to be a nod to Mayweather supporter Justin Bieber, who walked out alongside the champion, Kimmel donned a Bieber-esque black track jacket and wide-brim hat, as well as two gold chains. His shirt featured a Pac-Man logo eating tiny images of Mayweather.

The late-night host, who Tweeted a pic of his ensemble before the fight, trotted and bounced behind Pacquiao as he entered the ring at Las Vegas’s Grand Garden Arena, drawing laughs from audience members.

Kimmel, 47, is a self-professed big fan of Pacquiao, 36, and asked to join the Filipino boxer’s entourage during his appearance on Jimmy Kimmel Live on April 23.

Mayweather’s entourage, in addition to Bieber, included someone dressed as the Burger King fast-food restaurant mascot. Despite being the richest fight in boxing history, it’s clear both athletes weren’t afraid to inject some humor into their entrances. 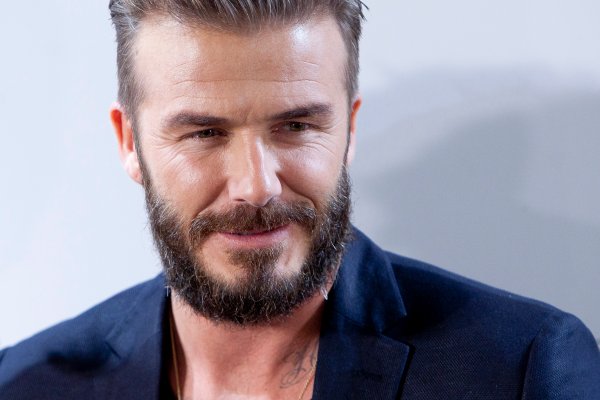 See the Spice Girls Reunite at David Beckham's Birthday
Next Up: Editor's Pick