Marvel and Disney’s Avengers: Age of Ultron pulled in a whopping $187.7 million at North American theaters over the weekend, scoring the second biggest in domestic box office history.

Even though Age of Ultron seemed on track to claim the title—it had edged out the original film with an opening day gross of $84.5 million—potential moviegoers might’ve instead tuned into the Kentucky Derby, NBA playoffs or the Mayweather-Pacquiao boxing match.

But it’s a victory nonetheless for Marvel Studios, which now lays claim to the top three biggest domestic opening weekends in history. Marvel’s Iron Man 3 (2013) rounds out the top three at $174.1 million, with Warner Bros. Pictures’ Harry Potter and the Deathly Hallows: Part 2 (2011) in fourth at $169.2 million.

Read next: This Map Shows How All the Future Marvel Movies Are Connected 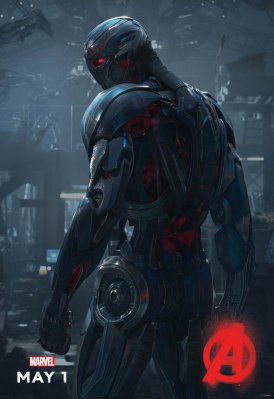 Avengers: Age of Ultron Brings in Nearly $85 Million on Opening Day
Next Up: Editor's Pick