William and Kate’s new baby will grow up with a life that most people can only dream about: the life of a princess. But what is that really like today?

Growing up in the British royal family used to be a stiff, formal affair. As Prince Philip once complained, “I never see any home cooking—all I get is fancy stuff.”

But recent generations have tried to make the princes and princesses have more normal childhoods. Charles and Diana especially subscribed to this new way of raising royals with William and Harry, The Atlantic reports. The young boys went to McDonald’s and waited in line to see Santa at a department store.

Still, Prince Harry recalls the tedium of being a young prince: “To be honest, dinner conversations were the worst bit about being a child and listening to the boring people around me.”

So far, it looks like the Duke and Duchess of Cambridge will try to be normal parents to George and his new sister. Kate does her own grocery shopping, takes George on group playdates and brings him to local pubs in her hometown, according to PEOPLE.

George has clearly had some top-notch media training, though: the little prince gave an expert wave to the crowd as he arrived to meet his new sister.

According to Queen Elizabeth, however, the royals aren’t so different from the rest of us: “Like all the best families, we have our share of eccentricities, of impetuous and wayward youngsters and of family disagreements.”

Read Next: How Birth Order Will Shape the New Royal Princess 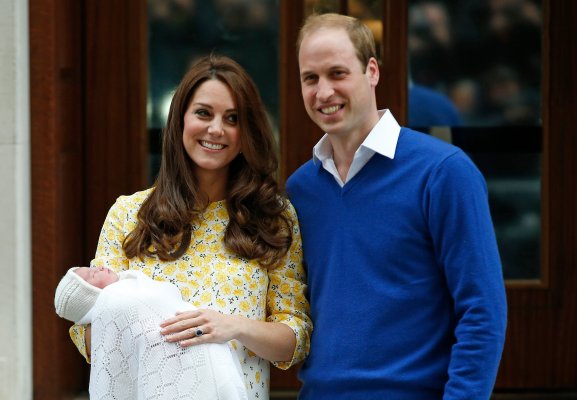 Royals Welcome a Princess
Next Up: Editor's Pick