Has Amazing Spider-Man 2's Promo Spoiled the Movie for Fans?

The Amazing Spider-Man 2, the unimaginatively titled sequel to 2012’s The Amazing Spider-Man, is still six weeks away from release — but you could be forgiven for believing that it’s been out for awhile, given the amount of promotion that the movie’s enjoyed. To date, Sony has released multiple trailers (and teaser trailers) for the movie, as well as online-only sneak peaks of scenes, featurettes with exclusive footage and more — including Instagram videos showing off some of the more eye-catching action sequences of the hero jumping around Manhattan.

In itself, this is nothing new; the amount of footage released for any big summer movie ahead of the film’s actual release has been creeping upwards for some time, as has the desire to harness the power of the Internet to sell old-school media. What is different about the promotion for The Amazing Spider-Man 2 is the seeming willingness of the studio to reveal the movie’s big secrets ahead of time in an attempt to grab the audience’s attention.

It’s not just that we’ve seen enough promotional footage to be able to piece together the origin of Jaime Foxx’s supervillain Electro, or discover that Norman Osborn, a childhood friend of Peter Parker’s, returns with some revelations about his father’s company in tow. It’s also been revealed that Osborn returns as a result of his father’s death and becomes the new Green Goblin (a supervillain whose presence in the movie had been a secret until it was revealed on a poster). These two plot twists feel as if they belong relatively far into the movie itself.

Trailers and promo featurettes have also been making much hay of the relationship between Peter Parker and his girlfriend, Gwen Stacy, while also featuring her plummeting from a great height and being caught by Spider-Man before the two fall through a plate-glass ceiling. Whether or not that counts as a reveal is open to question, but it’s certainly relatively unsubtle foreshadowing and arguably a dog whistle for fanboys familiar with the Spider-Man comic book canon.

It’s difficult to try and guess what was behind Sony’s decision to release so much information about the story ahead of time. Is it overconfidence in the movie? A sign that there are even more surprises that nobody will see coming? Or — potentially more likely, and more worrisome — proof that story is increasingly unimportant to big summer event movies, and that studios are willing to drop any pretense otherwise in favor of showcasing the special effects set pieces that audiences are paying money for.

As much as we may wish otherwise, after all, few people really pay that much attention to the writing when it comes to evaluating whether or not a summer blockbuster is worth watching or not. Sure, there may be complaints about plot holes or lackluster, but it’s rare that poor writing manages to derail a big summer movie that’s successful in all other ways. Disney’s John Carter may fall into that category, but it’s arguable that the reason for that movie’s failure had more to do with audiences’ lack of interest in the central concept than any specific failures with the screenplay.

The number of advance peeks at The Amazing Spider-Man 2, and the amount of the movie that seems to have been revealed in terms of both runtime and plot, may prove to test this line of thought: it’s one thing for the special effects to have the larger appeal, but the notion of being told a story (however flawed) has always been present.

What The Amazing Spider-Man 2’s promotion may end up revealing is whether or not effects and performances are enough to draw a sizable audience when traditional ideas of narrative tension have been removed almost entirely. Barring the possibility of the various official spoilers acting as misdirection in service of larger revelations not yet hinted at, the only thing that’s really been left to the imagination about the plot of the movie isn’t an “if,” but a “how”: we all know that Spider-Man will defeat the various bad guys, but we don’t know what form that defeat will take.

That one missing piece may be enough to draw in the crowds, at least until word of mouth about the movie — positive or negative — kicks in and starts to skew results. But if it’s not, and Spider-Man fails to hit whatever box office heights Sony has targeted for him this time around, then that too will have turned out to be an educational (if costly) lesson about how important story is in today’s cinema. Spider-Man may be fighting for more than just New York City this time around: he might be unknowingly saving story for future summer blockbusters. 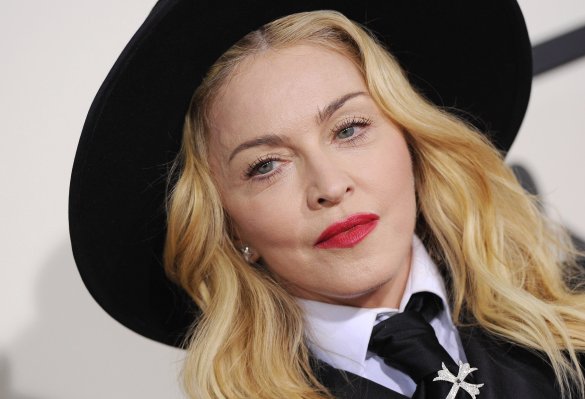 Madonna To Give Directing Another Go with Adé: A Love Story
Next Up: Editor's Pick