New Jersey Gov. Chris Christie spent Friday morning at a roundtable with technology executives in a suburban Washington Ritz-Carlton in the latest stop on his pre-presidential campaign tour. But 200 miles away in Virginia, those aspirations were being dealt their latest blow, as a former ally turned state’s evidence, implicating two top aides in a conspiracy to close approach lanes to the George Washington Bridge.

The long-stewing scandal began in 2013, when the bridge lanes were closed, but it did not end at Friday’s press conference with U.S. Attorney Paul Fishman. Instead, the federal prosecutor refused to address more than a dozen questions about Christie’s knowledge of or involvement in the lane-closing scheme and said he would never declare Christie cleared of wrongdoing.

Even more problematic, Christie’s former deputy chief of staff Bridget Anne Kelly, one of the two aides indicted, suggested that others in Christie’s office knew of the scheme. “For the indictment to suggest that I was the only person in the governor’s office who knew about the bridge issue is ludicrous,” she said in a press conference Friday afternoon. And Alan Zegas, the attorney for admitted Bridgegate conspirator David Wildstein, repeated the claim that “evidence exists” to prove that Christie was aware of the bridge closures as they occurred.

“Based on the information that is currently available to us, we’re not going to charge anybody else in this scheme,” Fishman told reporters, emphasizing ‘this.’ At least one other investigation has been launched stemming from the bridge investigation. “I am not going to comment whether anybody is going to be further investigated in this or any other matter,” he added. “Ever.”

Christie and his aides maintain that Friday’s proceedings changed nothing about his long-held position that he knew nothing of the plot.

“Today’s charges make clear that what I’ve said from day one is true, I had no knowledge or involvement in the planning or execution of this act,” Christie said in a statement. “The moment I first learned of this unacceptable behavior I took action, firing staff believed to be accountable, calling for an outside investigation and agreeing to fully cooperate with all appropriate investigations, which I have done. Now 15 months later it is time to let the justice system do its job.”

But questions remain about Christie’s handling of the situation — and it may not be possible to answer them to the satisfaction of voters. How could Christie, whose national political action committee is called “Leadership Matters for America,” be blind to the actions of some of his closest aides? And how, when faced with complaints and questions from constituents, elected leaders, and the media, did he so easily shrug them off without investigating the situation?

Christie has long denied any knowledge of the lane closures at the time, but he is now faced with the impossible task of proving a negative. The best his team has been able to muster is that there is no evidence to prove his knowledge.

Christie and Wildstein met briefly on Sept. 11, 2013 — the third day the scheme was in operation — at a memorial event for the 2001 attacks. According to an investigation conducted by the lawfirm Gibson, Dunn & Crutcher on behalf of Christie’s office, former Christie spokesman Michael Drewniak recalled a conversation with Wildstein in which he said he spoke to the governor about the lane closures at that time. But no corroborating evidence has surfaced to that effect, and Christie has said he has no recollection of the exchange.

Wildstein, a senior Port Authority of New York and New Jersey employee, admitted to being a part of the conspiracy to close the lanes on the first day of school, allegedly in retaliation for Democratic Fort Lee Mayor Mark Sokolich’s refusal to endorse Christie’s re-election. A nine-count indictment against Kelly, Christie’s former deputy chief of staff, and Bill Baroni, the former deputy executive director of the Port Authority, who are alleged to have helped carry out the payback scheme, was unsealed after the plea.

After a state legislative investigation unearthed damning text messages and emails between Wildstein and Kelly, including the infamous “Time for some traffic problems in Fort Lee,” Christie fired Kelly.

“David Wildstein’s guilty plea and role in the traffic problems in Fort Lee have everything to do with Chris Christie despite his statements to the contrary,” said Democratic National Committee spokesperson Kaylie Hanson. “We continue to learn how closely connected the two men were before, during and after the George Washington Bridge lane closures, yet there are still so many questions that Chris Christie has left unanswered.”

The bridge scandal has taken an extraordinary toll on Christie’s presidential plans. In 2011, Republican operatives and financiers begged him to challenge Mitt Romney, promising he’d have the backing of their pocketbooks and donor networks. Now, many of the same have abandoned his likely candidacy for the likes of Jeb Bush and Marco Rubio. His poll numbers have collapsed at home, and nationally he is viewed more negatively than positively.

Yet by all accounts, Christie is proceeding with his delayed presidential plans. He’s continuing on an aggressive fundraising blitz for his political action committee, and next week will hold his third town hall in New Hampshire, the state that is at the center of his primary plan. 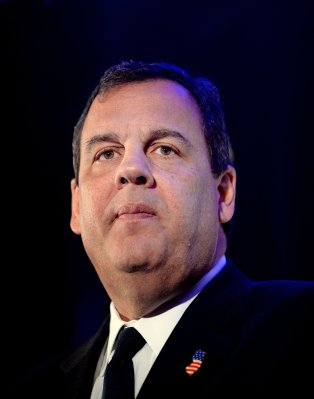