Why I'm Giving Into My Feelings This Star Wars Day

In the 2009 comedy Fanboys, a group of estranged high school friends reunite over their shared love of all things Star Wars, then set off to steal a pre-release copy of The Phantom Menace because one of them, it turns out, is expected to die of cancer before the movie’s release. Their mission is semi-successful: Director George Lucas lets the sick friend see the film, while the others have to wait until May 19, 1999—release day. As one film ends with another’s beginning, a friend turns to another in the theater and mutters: “What if the movie sucks?”

With 228 days to go until Star Wars once again graces the silver screen, that’s long been the fear in the back of my mind. Us Star Wars fans have been here before, after all. Phantom is widely regarded as the worst of the Star Wars films, while the following two installments aren’t much better. The litany of complaints runs long: Reducing Darth Vader, the most menacing figure in the galaxy, to a whiny brat. Midi-chlorians. The entire existence of Jar-Jar Binks.

Should we give in to the Star Wars hype, this time amplified millions of times over by the power of the Mouse House? Or should we ready ourselves for another disappointment, because nothing can ever live up to that first time we were kids and watched Luke barrel down the Death Star trench before getting a Force-text from Obi-Wan, turning off his targeting computer and blowing the evil Empire’s hideous creation into smithereens?

This Star Wars Day (May the Fourth Be With You!), I’m giving in to my feelings. I think this movie is going to be fantastic. Just look at the first two trailers for The Force Awakens. Badass new villain with a three-bladed lightsaber! The Empire is still around! BB-8 looks adorable! Hi, Han and Chewy!

But my faith doesn’t come from trailers alone. It’s rooted in the film’s director, J. J. Abrams. His work on Star Trek shows he knows how to resurrect a moribund film franchise. And even if some hardcore fans didn’t dig his approach, those two movies got a whole new set of people to care about Trek—not exactly a no-win scenario, but a tough feat nonetheless.

Now Abrams has been given the same opportunity with a universe far, far away. Everything he’s said about the movie so far—especially his disdain for overusing computer graphics and his willingness to drive the fanbase a little bit nuts—gives me cause for confidence, not doubt. Ultimately, the trick will be staying true enough to the original films while introducing us to a whole new cast of heroes, villains, aliens, droids and ships. But if anybody’s the right person for the job, it’s Abrams. 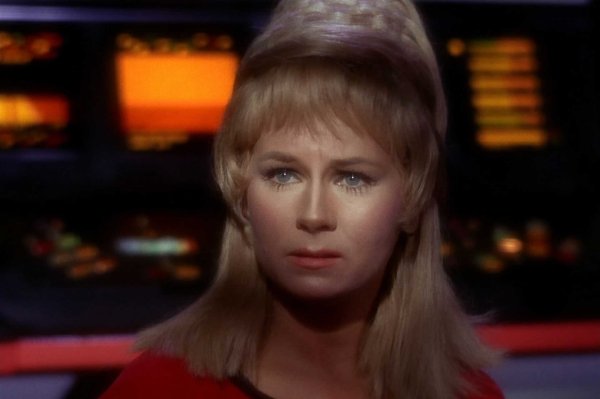 Star Trek Actress Dead at 85
Next Up: Editor's Pick