This Free Music Site Is Shutting Down Forever

In the heyday of too-good-to-be-true free music streaming services, Grooveshark was one of the most popular. But on Thursday, the company said it was shutting down completely.

In a post on Grooveshark’s website, the streaming platform’s leaders apologized “without reservation” for offering free access to songs without securing licenses for the music from rights holders. The company is shuttering its site and deleting all music from its servers as part of a settlement reached with the major record labels.

Grooveshark users uploaded millions of songs to the website over the years and were able to stream them on-demand. The company’s business model drew the immediate ire of the music industry. A group of major record labels sued Grooveshark for copyright infringement back in 2011, and last week a New York federal judge ruled that the streaming service could be liable for more than $700 million in damages.

Grooveshark had tried to argue that its service mimicked YouTube, a platform where users upload unlicensed songs constantly. But YouTube has protocols in place to flag copyright-infringing content. Meanwhile, courts found Grooveshark was compelling its employees to upload popular songs to fill out the service’s catalog.

The death of Grooveshark illustrates how much the digital music landscape has changed this decade. Piracy has been tamped down considerably, while the most popular on-demand streaming service, Spotify, is owned in part by the record labels themselves. But with megastars like Taylor Swift and record label executives questioning the value of Spotify’s free, ad-supported tier, the days of easily accessible (and legal) free music could be numbered. 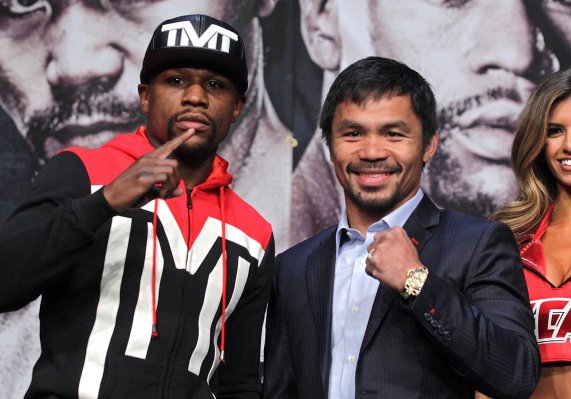 HBO and Showtime Made An Unprecedented Move to Block Illegal Mayweather-Pacquiao Streams
Next Up: Editor's Pick