An ally of New Jersey Gov. Chris Christie responsible for closing approach lanes to the George Washington Bridge before his 2013 reelection pleaded guilty Friday, with indictments unveiled against a pair of former top Christie aides.

David Wildstein, the former Port Authority of New York and New Jersey official who supervised the lane closures, entered a guilty plea at the Newark, N.J., federal courthouse on a pair of conspiracy charges after an 18-month investigation. Nine-count indictments against Bridget Anne Kelly, Christie’s former deputy chief of staff, and Bill Baroni, the former deputy executive director of the Port Authority, were unsealed after the plea.

Wildstein, who is cooperating with prosecutors, was charged with conspiracy to knowingly misapplying property that receives federal funds and conspiracy to violate civil rights. The lane closures were allegedly in retribution for Democratic Fort Lee Mayor Mark Sokolich’s refusal to endorse Christie’s reelection bid. Kelly and Baroni were charged with similar conspiracy charges, as well as multiple counts of wire fraud as part of the scheme.

Christie has denied knowledge of the lane closures, and for months afterward mocked the notion that the lanes closures were anything but a traffic study. But a legislative investigation revealed emails and text messages from Wildstein and Kelly—then one of Christie’s top aides—about the lane closures, including the now infamous note from Kelly, “Time for some traffic problems in Fort Lee.”

The scandal sent Christie’s presidential ambitions into a tailspin that he is only just emerging from. Christie began a series of town halls in New Hampshire just weeks ago in an attempt to revitalize his prospects. The indictments threaten to set his hopes back yet again. 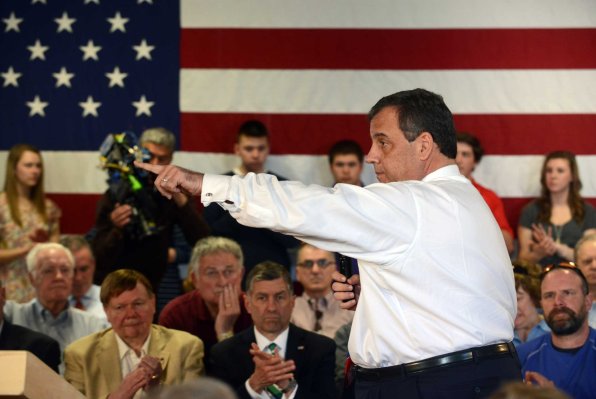