What Is 'Depraved Heart Murder'?

Baltimore City State's Attorney Marilyn J. Mosby announces that criminal charges will be filed against Baltimore police officers in the death of Freddie Gray in Baltimore on May 1, 2015.
Andrew Burton—Getty Images
By Lily Rothman

On Friday morning, Maryland state’s attorney Marilyn J. Mosby announced that the police officers who were involved in the arrest of Freddie Gray will be prosecuted for Gray’s death. The charges faced by the six officers include assault, manslaughter — and one that may be unfamiliar to many observers: one of the officers faces a charge of second degree depraved heart murder.

To put that in layman’s terms, the charge of second degree depraved heart murder means that the prosecution thinks that the officer in question displayed “wanton indifference” to Freddie Gray’s life, and did not care whether or not the way he was being treated would result in his death. It is a heavier charge than negligent or involuntary manslaughter — depraved heart murder suggests that the perpetrator knew the act in question was dangerous and didn’t care.

As the Maryland Court of Special Appeals noted in 1991, the malice involved in that charge can be either an act of malice (using the example of driving a car into a crowd, not specifically intending to kill a particular person but with complete disregard for the fact that it was likely a death would result) or of omission (not doing something, such that you knew that failure to do so would likely kill someone).

In that same 1991 opinion, the court noted that those cases are often traced back to a British prosecution in 1857, in which one Lord Campbell stated that “it has never been doubted that if death is the directed consequence of the malicious omission of the performance of a duty (as of a mother to nourish her infant child) this is a case of murder. If the omission was not malicious and arose from negligence only, it is a case of manslaughter.” British case law is the source of much of America’s common law.

Despite the charge’s long history, its definition remains subject to debate. As has been pointed out by many legal scholars, the line between negligence and malicious recklessness can be a fine one—but it’s one that at least one jury in Maryland will likely have to walk in the near future. 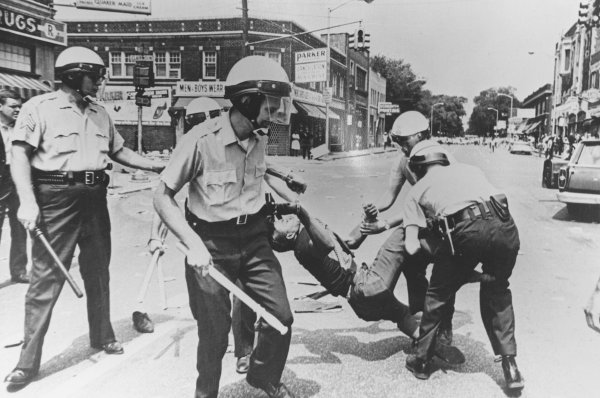 Lessons for Baltimore From 1968
Next Up: Editor's Pick