In the April 1886 issue of The Atlantic Monthly Julian Hawthorne, son of Nathaniel, reviewed his father’s The Scarlett Letter. Towards the conclusion of his stunning, 9,000+ word essay, the younger Hawthorne reflected on the moral irony of Hester Prynne’s world:

This [the scarlet A] is her punishment, the heaviest that man can afflict upon her. But, like all legal punishment, it aims much more at the protection of society than at the reformation of the culprit. Hester is to stand as a warning to others tempted as she was: if she recovers her own salvation in the process, so much the better for her; but, for better or worse, society has ceased to have any concern with her.

“We trample you down,” society says in effect to those who break its laws, “not by any means in order to save your soul,—for the welfare of that problematical adjunct to your civic personality is a matter of complete indifference to us,—but because, by some act, you have forfeited your claim to our protection, because you are a clog to our prosperity, and because the spectacle of your agony may discourage others of similar unlawful inclinations.”

But it is obvious, all the while, that the only crime which society recognizes is the crime of being found out, since a society composed of successful hypocrites would much more smoothly fulfill all social requirements than a society of such heterogeneous constituents as (human nature being what it is) necessarily enter into it now.

Likely as we are as 21st century Americans to congratulate ourselves for not behaving the way our Puritan ancestors did, things aren’t as different as you might think. Millennials may be an urbane, diverse and “tolerant” generation, but they are also caught in a vicious cultural mire of shaming, vindictiveness, and postmodern puritanical preening that rivals their 17th century ancestors.

Owing largely to the recent publication of Jon Ronson’s well-reviewed book So You’ve Been Publicly Shamed, some light is being shed on the cavernous world of social media “shaming,” a merciless phenomenon that is more common and more serious than many—perhaps most—believe. Of course, few people would be surprised to learn there are dark corners of the internet or that digital anonymity can bring out the worst in people. But the problem of public shaming goes beyond meanness. In its worst manifestations, shaming is a weapon wielded by volunteer morality gatekeepers to, as Julian Hawthorne put it, “trample you down.”

Ronson’s work has resulted in the publication of several frightening stories, such as what happened to Justine Sacco. Yet few commentators on this social phenomenon–including Ronson–seem willing to explore shaming’s causes or offer a serious moral worldview of public confrontation. Listening to shaming stories is important, of course, but we are not likely to overcome this vicious trend if we cannot speak in clear and objective language about it.

Julian Hawthorne’s insights into his father’s novel might be helpful in remedying our deficient understanding of contemporary public shaming. Hawthorne is on to something when he identifies the public shaming of Hester Prynne as non-redemptive and merely the removal of a “clog” from the engine of the culture. The hypocrisy of the moral authorities of Puritan Boston was not only that they were guilty of sin as well, but that they turned sinners away from the society and the hope of redemption under the pretense of holiness.

In the case of online shaming, this is even more apparent. What happens in social media is far from the reconciliatory purpose of confrontation as taught by Jesus in Matthew 16. As Ronson notes in his chilling accounts, the purpose of social media shaming seems to be to deluge an offending person(s) with enough derision and scorn that they are forced to disappear from the public eye in a kind of enforced penitence. Social media shaming is not at all meant for reconciliation or personal healing; quite the opposite, in fact—the more offense and outrage can be generated, the better. Exacerbating all this is a communication medium that rewards participants not for temperance, patience and forbearance, but for immediacy and cleverness. If outrage is the currency of social media, shaming is a blue-chip stock.

As Hawthorne writes, the impulse behind the shaming of Hester Prynne was not a desire for moral rectitude but removal of a cultural wart. If the sinner is removed from the public square, the people can resume trusting in the merits of their membership in society. This contra-benevolent desire to keep the community free of anything that disturbs a narrative of cultural holiness is remarkably descriptive of much of our culture-warring today. Consider the astonishing absolutism with which some proponents of same-sex marriage engage those who disagree with them. In many cases, the motivations are made explicit: Opinions which contradict a majoritarian view on sexuality must be exiled out of the public square. What is this, if not a Puritanical impulse to keep society “pure” and maintain the citizenry’s religious faith in it?

The Scarlet Letter’s context was, of course, a Christian-Puritan one. That is not the case in our American culture today. Instead of an assumed, civic Christianity, the country is embracing an assumed, civic secularism. Traditional religious beliefs are welcomed as long as they are not exposed to the population at large. Keeping certain beliefs isolated from the mainstream of culture–thereby maintaing a sort of doctrinally “pure” public square–is often peddled under misleading language about “separation of church and state.” What is really happening is the substitution of one culturally-ruling philosophy for another.

In other words, we still have Puritanism today, only of a secular kind.

Our progressive sensibilities have not, alas, resulted in a genuinely compassionate culture. We no longer have the kind cruel civic Christianity that The Scarlet Letter depicted, yet we still have the shaming scaffolds (they’re called social media now) and we still have ineffable moral codes that must not be trespassed. These codes may not be Levitical but they are indeed legalistic: laws about privilege, sexual autonomy, “trigger warnings,” and much, much more. Violation of these laws can and do result not only in public shame but legal prosecution.

It surely must befuddle those on the inside track of our transforming culture—just as we seem to be learning what true progress is, we rebuild the shaming scaffolds of our Puritan forefathers. Can we not have a culture that embraces the moral equivalence of all forms of sexual expression, the existential (read: non-transcendent) nature of love, and the casting off of ancient beliefs about God and the universe, while simultaneously widening the margins of civic life to include all kinds of beliefs, even those that discomfort us? Cannot we live out the promises of the Sexual Revolution while saving a place in our midst for those who opt out?

No, we cannot. The reason is simple: A broken American conscience cannot be trusted. Compassion is a class that secularism doesn’t offer. Exchanging the Puritanism of Arthur Dimmesdale for the Puritanism of Alfred Kinsey is not progress. Cultural elites may say we are becoming a better people because we break with human history on the meaning of marriage or the dignity of human life, but a glance outside suggests otherwise.

Samuel James serves as Communications Specialist for the Ethics and Religious Liberty Commission (ERLC) of the Southern Baptist Convention. In addition to his main blog on Patheos, Samuel’s writing has also been featured on The Christian Post, World Magazine, The Gospel Coalition, Canon and Culture, Mere Orthodoxy, Real Clear Religion, Commonwealth Policy Center, Jesus Freak Hideout and other places. Samuel is a lifelong resident of Kentucky and is a member of Third Avenue Baptist Church in Louisville. A longer version of this essay first appeared at samueldjames.net. 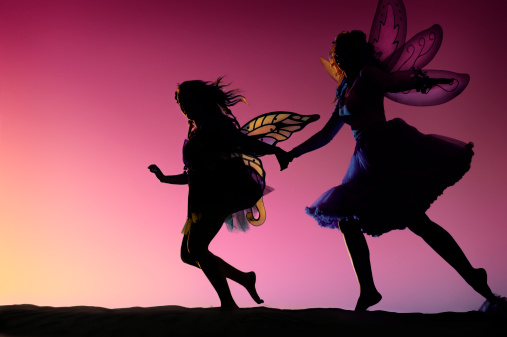 The Dark Origins of 11 Classic Nursery Rhymes
Next Up: Editor's Pick