Baltimore’s state’s attorney announced Friday that there was probable cause in the Freddie Case case and that charges will be filed against six police officers in his death.

“I assured his family that no one is above the law and that I would pursue justice on their behalf,” Marilyn Mosby said in a press conference on Friday.

The charges against the officers include second-degree murder, manslaughter, assault and misconduct in office, among others.

These are Mosby’s first public comments on the case. Her announcement that her office’s investigation had determined Gray’s death was a homicide was met with cheers from Baltimore residents, who have held protests and riots demanding justice for the 25-year-old.

See Protests Against Police Violence Across the U.S. After Freddie Gray's Death 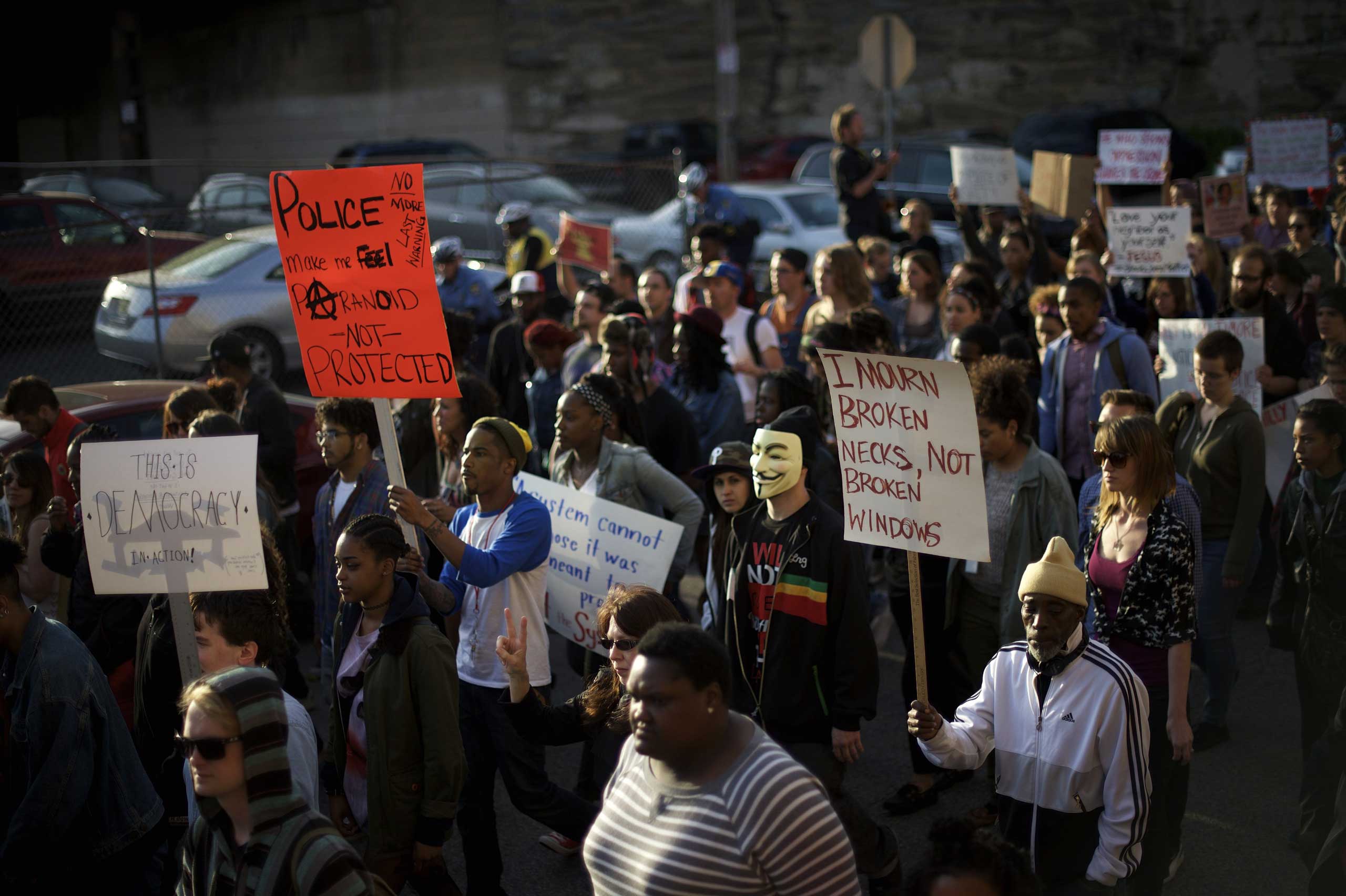 Demonstrators march to protest the death of Freddie Gray, in Philadelphia on April 30, 2015.
Mark Makela—Getty Images 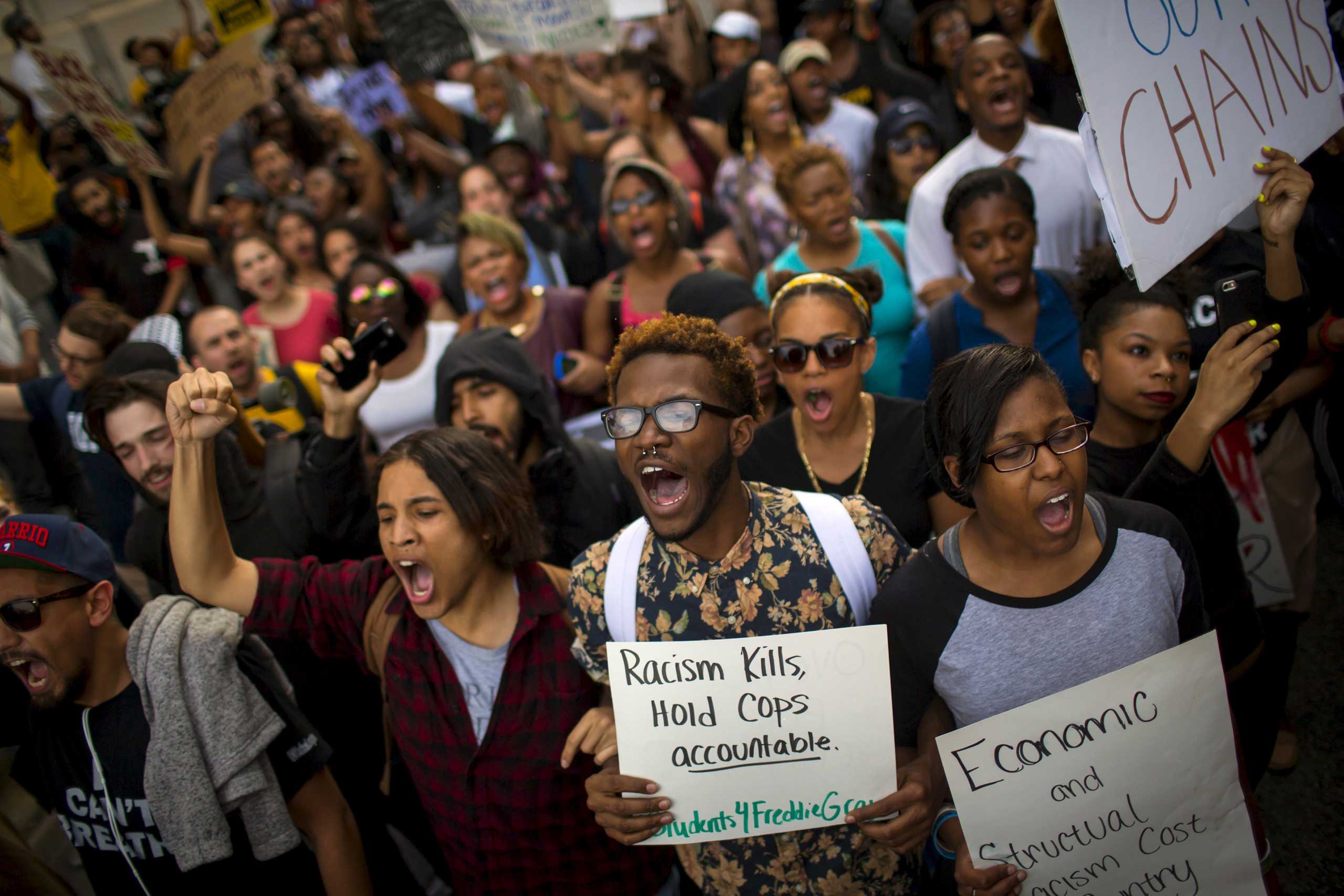 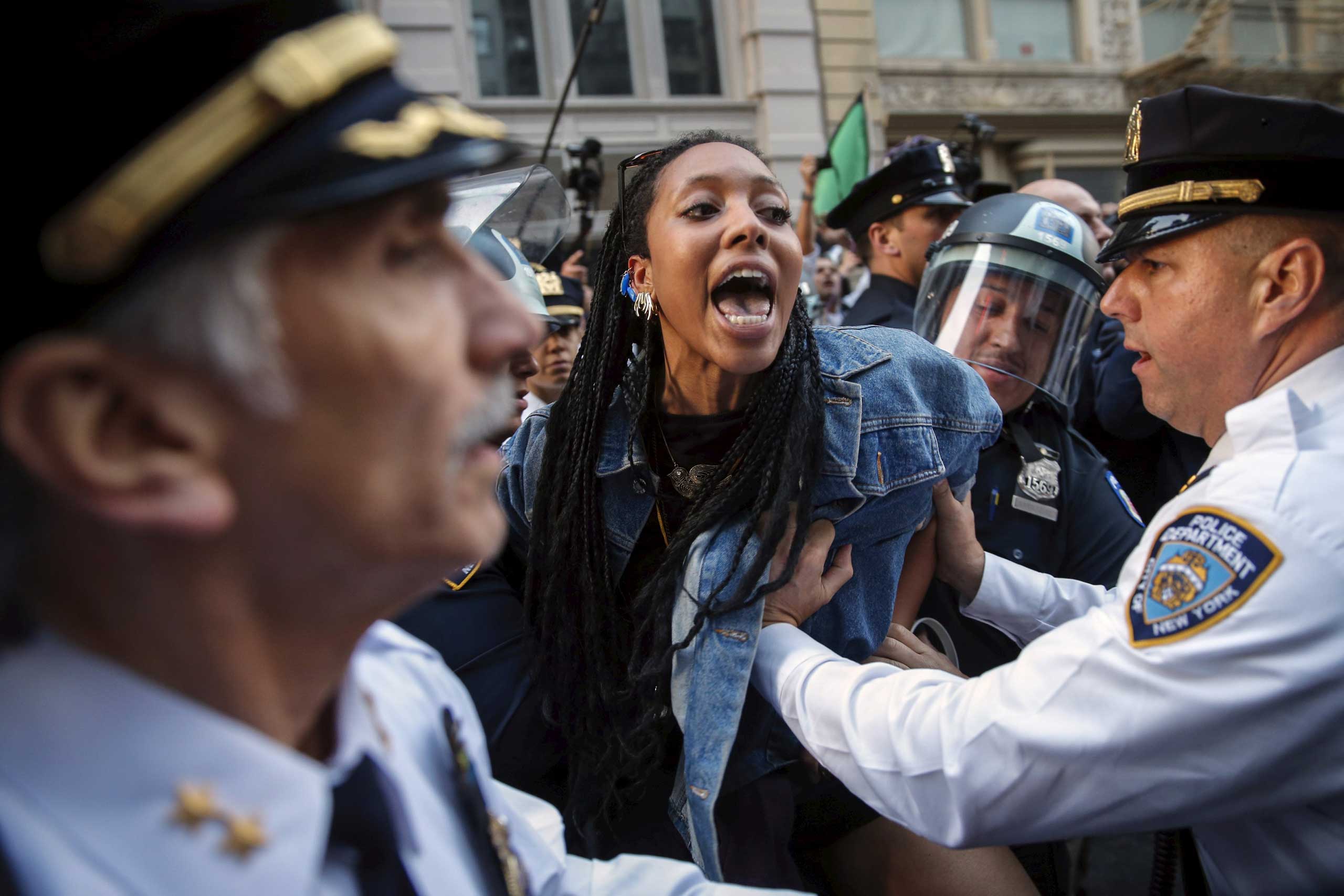 New York Police Department officers detain a protester during a march through the Manhattan borough of New York City on April 29, 2015.
Lucas Jackson—Reuters 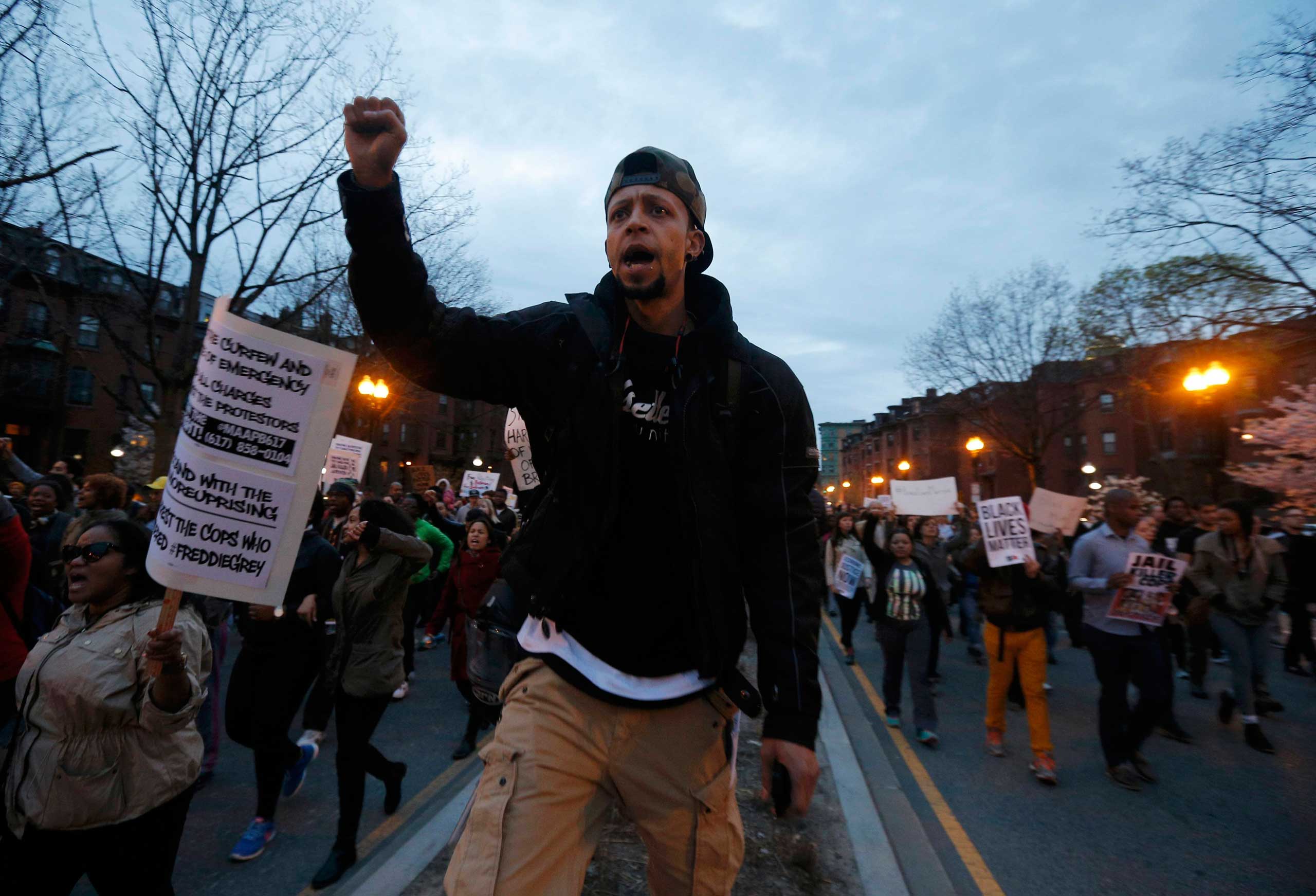 People march in protest against police violence in Boston on April 29, 2015.
Brian Snyder—Reuters 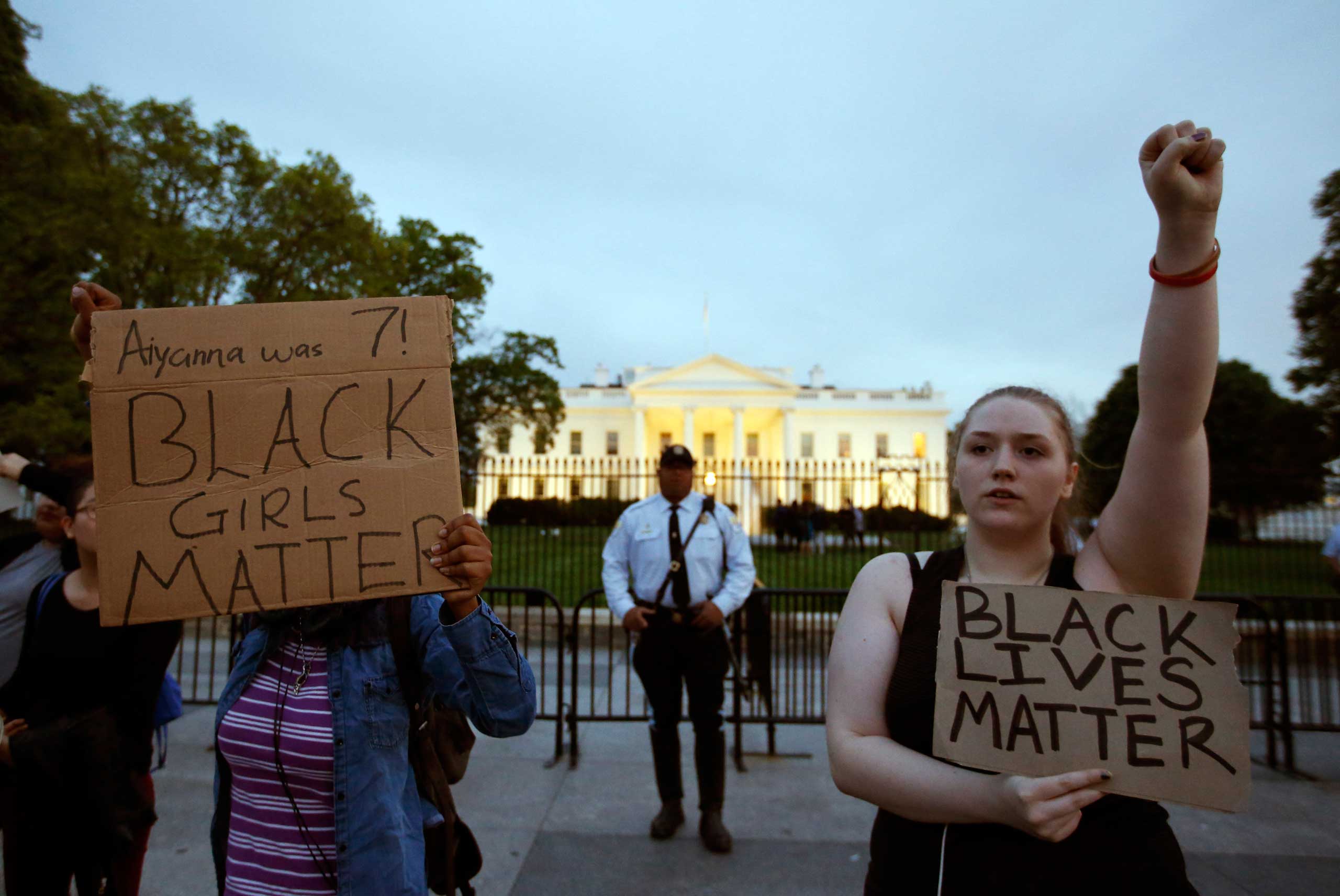 Protestors hold signs during a protest to support the rallies in Baltimore, in front of the White House in Washington on April 29, 2015.
Alex Brandon—AP 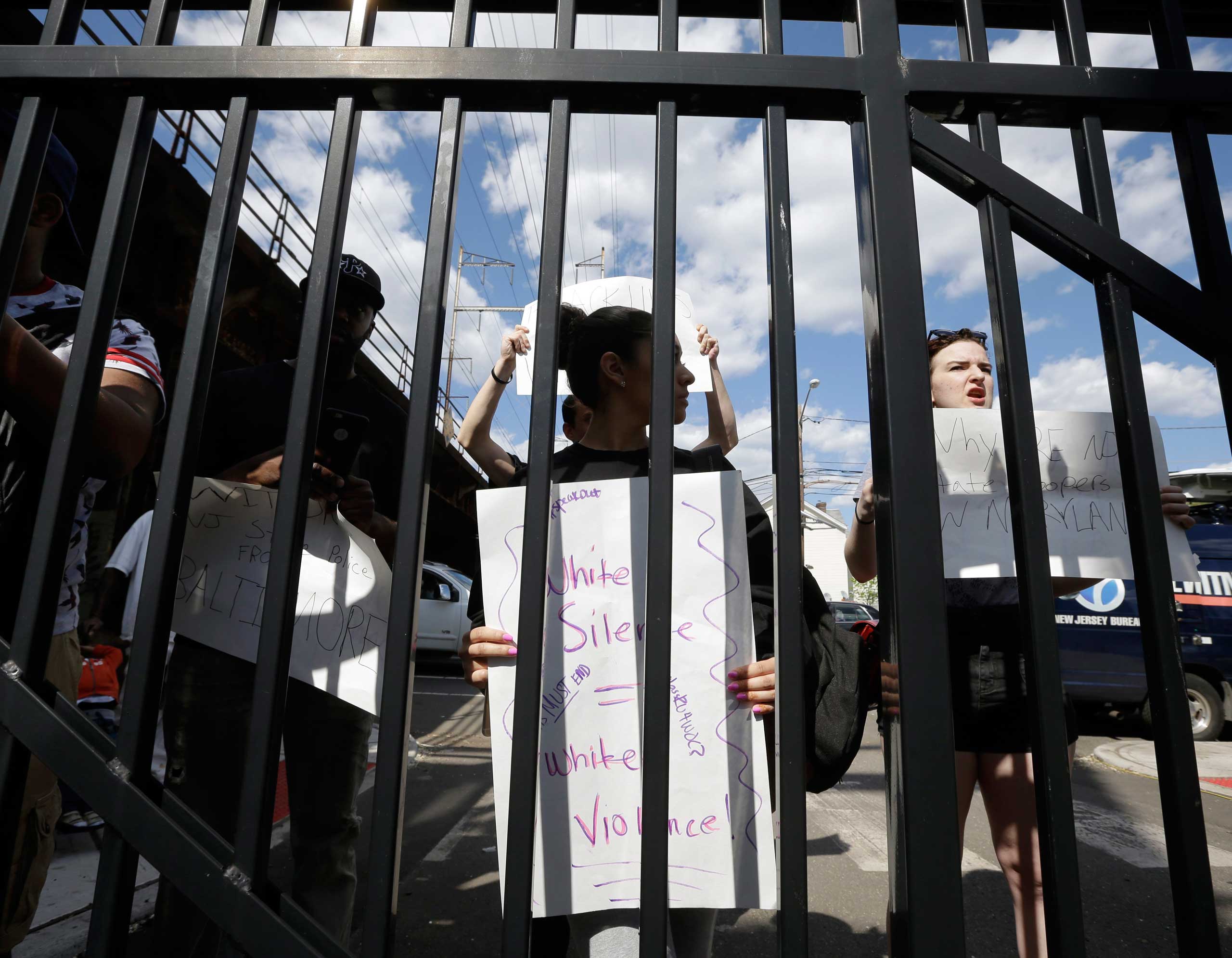 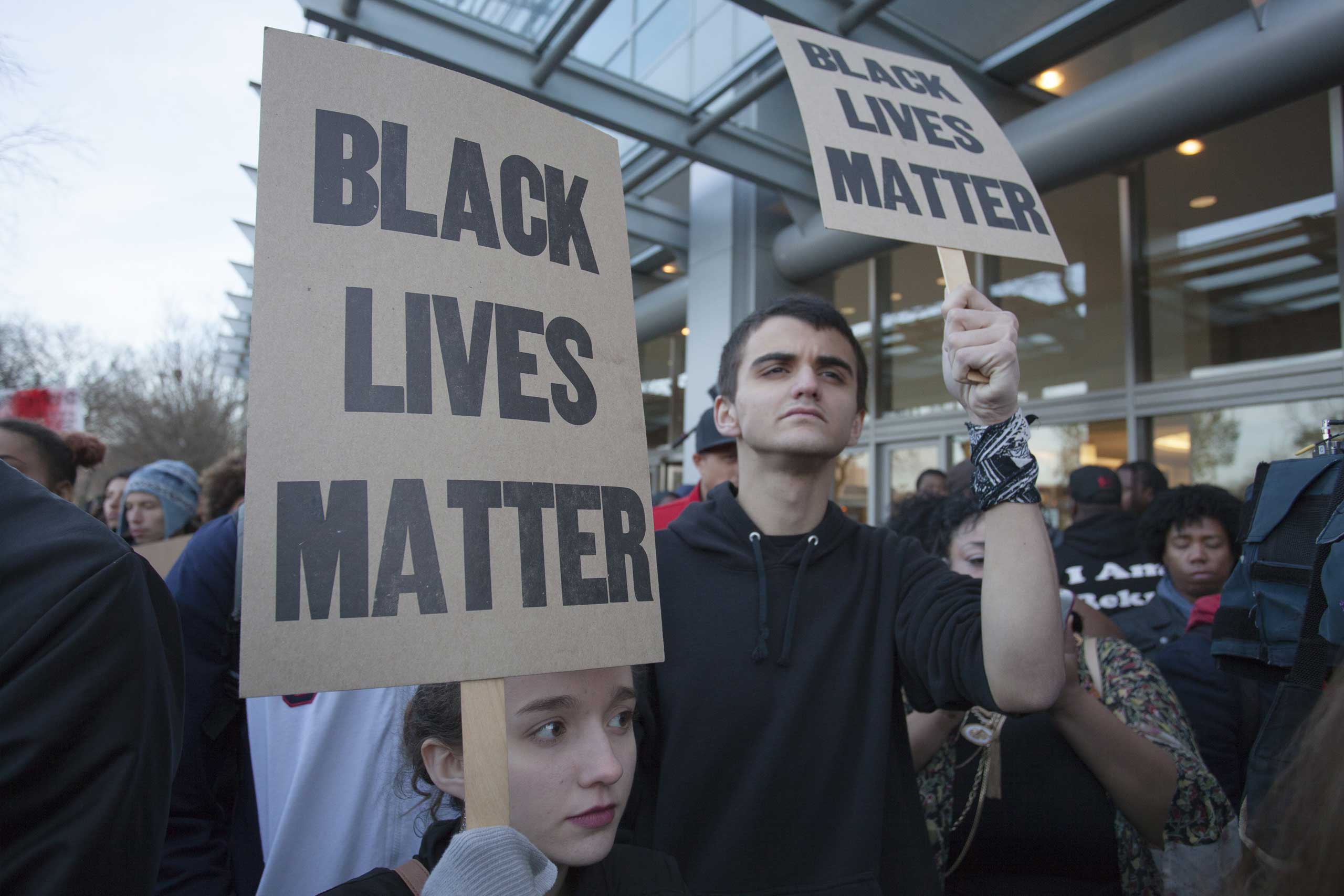 Protestors and activits hold a rally in front of Chicago Police Headquarters in Chicago on April 28, 2015.
Rick Majewski—Sipa USA 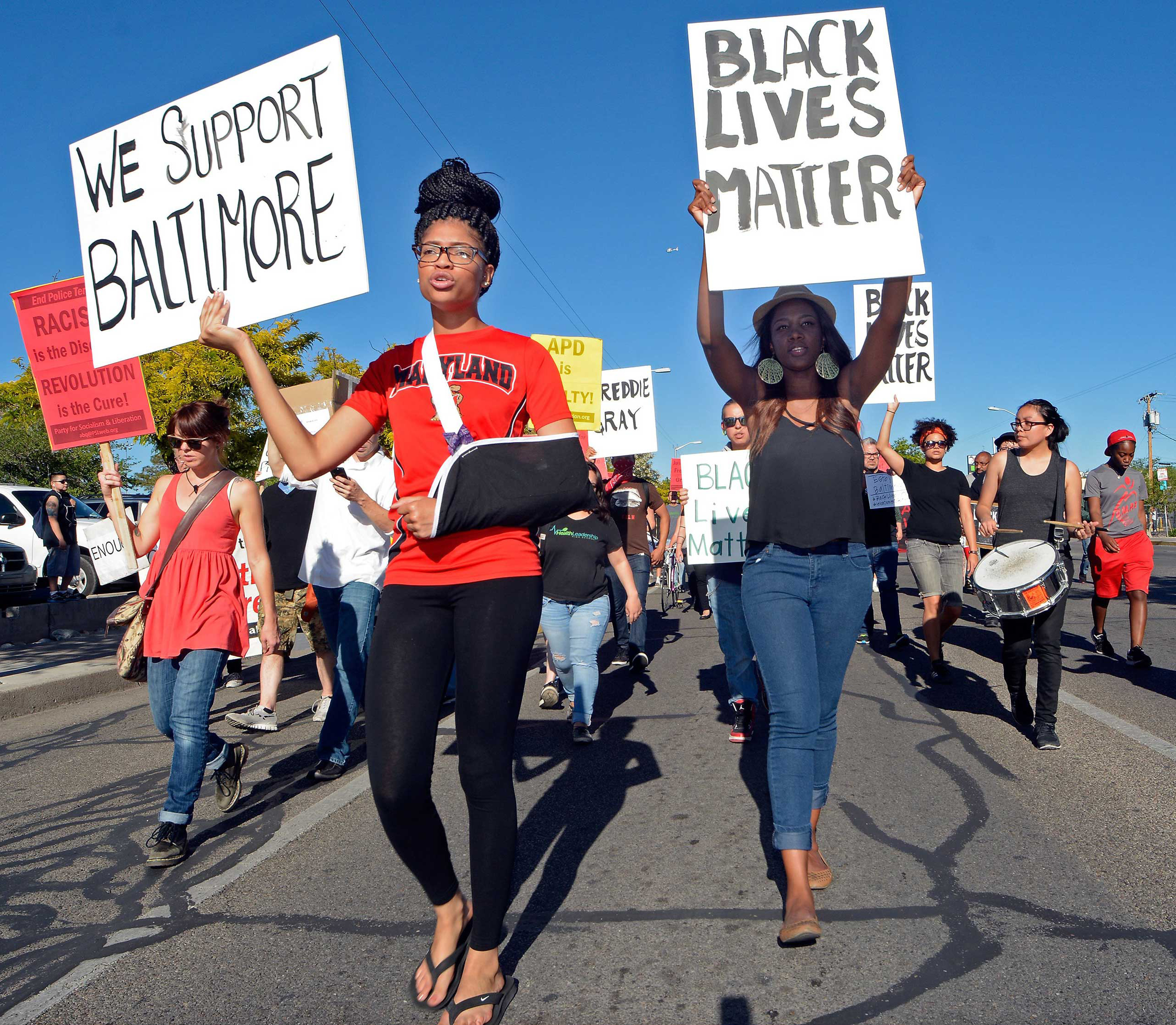 Cinnamon Burton and Skye Johnson join protesters, in solidarity with Baltimore, marching in front of the University of New Mexico in Albuquerque, N.M. on April 29, 2015.
Jim Thompson—Zuma Press 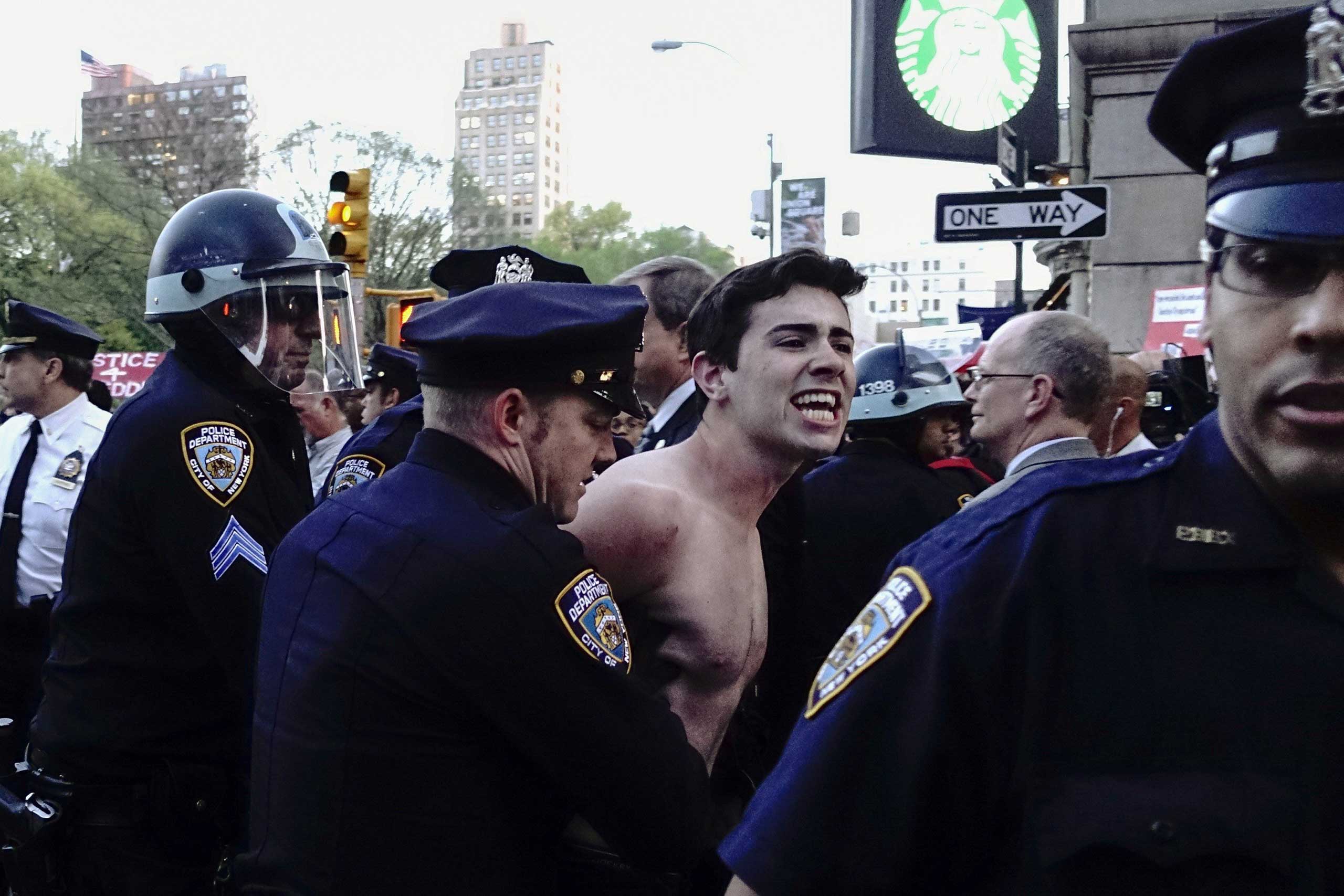 A demonstrator is arrested by NYPD officers during a protest at Union Square in New York City on April 29, 2015.
Eduardo Munoz Alvarez—AFP/Getty Images 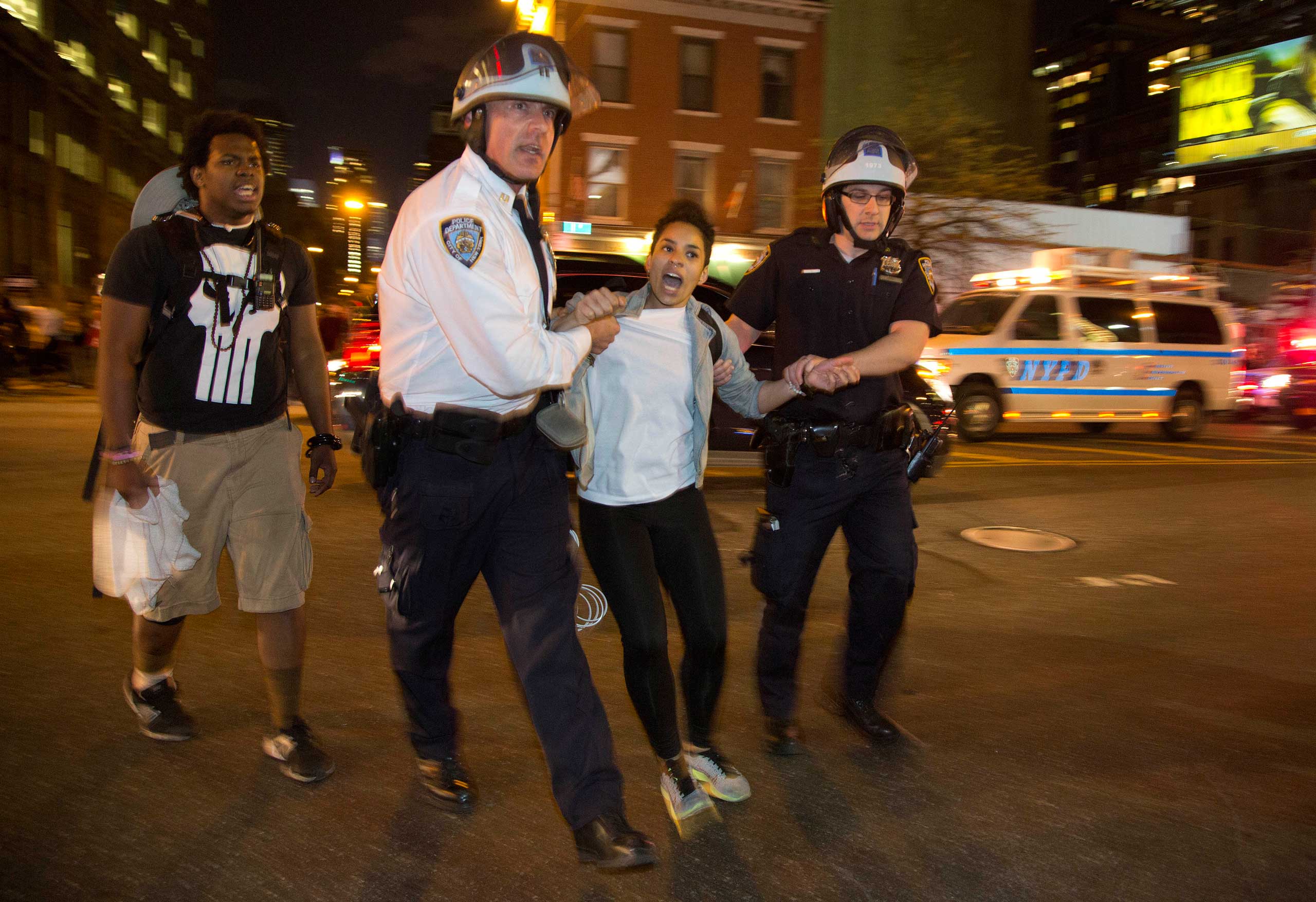 New York City police escort a woman off the street and back onto the sidewalk where she was released during a protest in New York City on April 29, 2015.
Julie Jacobson—AP 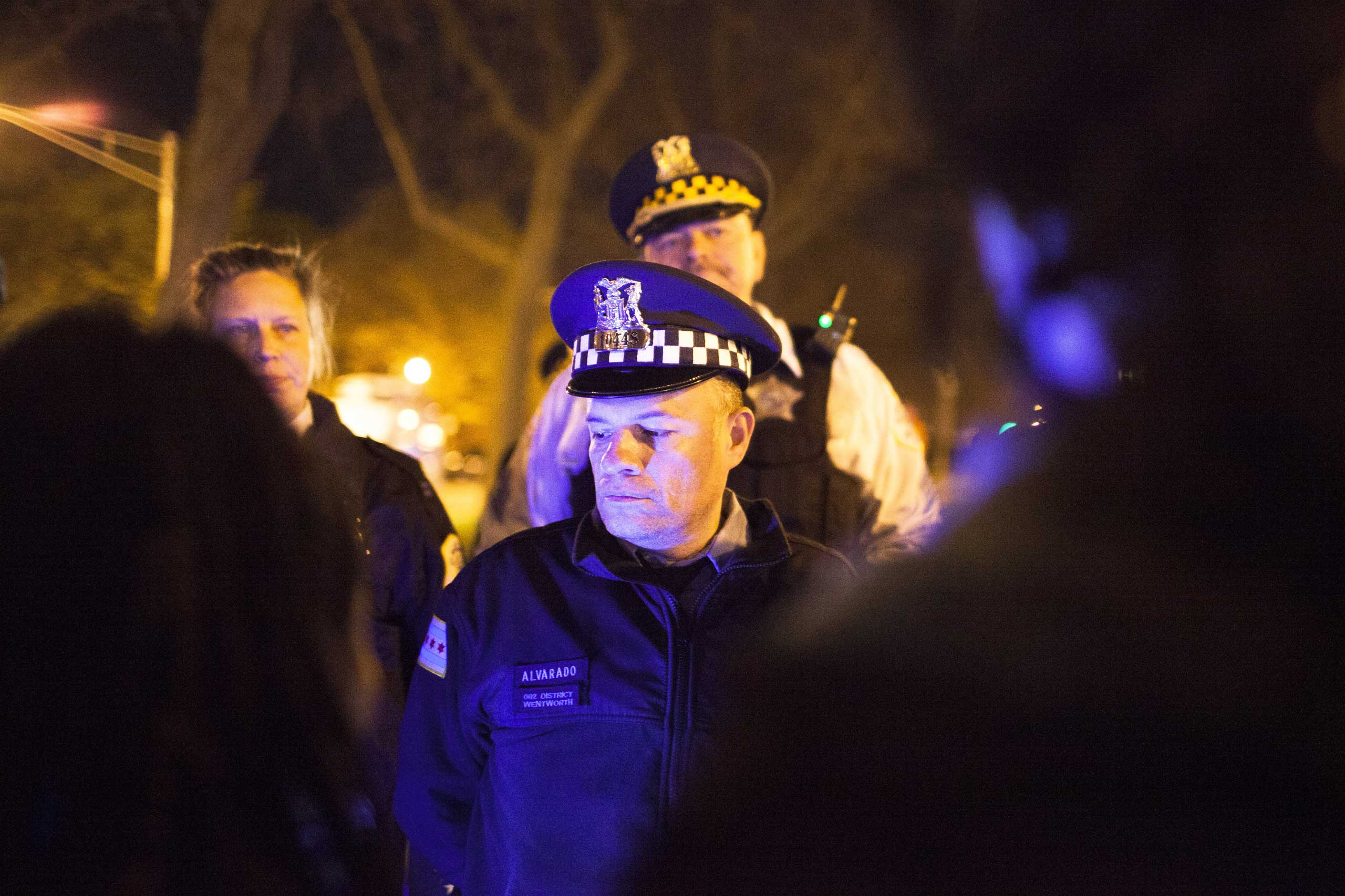 Protestors and activits hold a rally in front of Chicago Police Headquarters to show support for Baltimore in Chicago on April 28, 2015.
Rick Majewski—Sipa USA
1 of 11
Advertisement