The Obama Administration will launch a $20 million pilot program awarding body cameras to police agencies in an effort to improve the relationship between law enforcement and the communities they serve, officials announced Friday.

The announcement follows riots in Baltimore sparked by the death of Freddie Gray, who died in police custody. Later Friday morning, Baltimore authorities announced that Gray’s death had been ruled a homicide and the six officers who arrested him would face criminal charges.

Body cameras have become a popular policy response to ease distrust between the police and black communities following high-profile police-involved deaths of Gray, Walter Scott, Eric Garner, Michael Brown and others. This week, Gray’s attorney and Hillary Clinton both advocated for the use of body cameras.

The Department of Justice pilot program aims to provide 50 awards to police agencies across the country. Federal officials would purchase body cameras, train the authorities on how to use them and develop tools to evaluate best practices. DOJ said the program is part of President Obama’s proposal to invest $75 million over three years to purchase 50,000 body-worn cameras for police agencies. 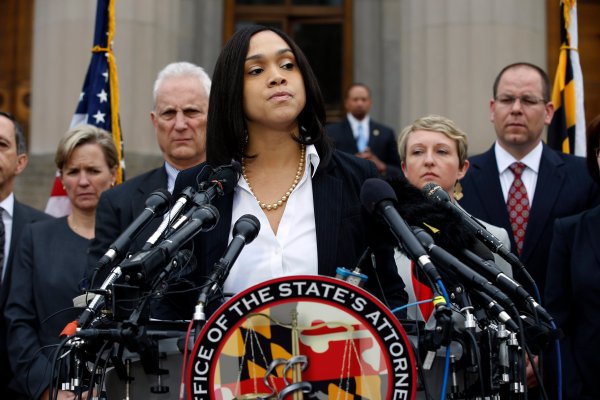 'I Have Heard Your Calls'
Next Up: Editor's Pick