Microsoft’s whopping $2.5 billion acquisition of Mojang, the game maker behind Minecraft, left a few analysts scratching their heads last year, but that was before they had laid eyes on — or in — Microsoft’s HoloLens, an augmented reality headset that can transform Minecraft’s virtual worlds into eye-popping 3-D holograms.

Microsoft offered a second demonstration of the game in holographic form at its annual Build developer’s conference this week. It revealed how easily players can take a landscape or a building they’ve already designed in the the game and convert it instantly into a 3-D floating hologram. Microsoft employees showed how one such design, a replica of Seattle’s Space Needle, made the leap to 3-D without a hitch, enabling them to scale the hologram to any size, turn it in the air and rest it on a real-world shelf, Business Insider reports.

The demonstration showed how Microsoft could convert Minecraft’s die hard fan base into HoloLens addicts. With more than 100 million active users, each with their own pre-fabricated designs, that’s a mighty big pool of potential customers for the new platform. Little by little, Microsoft’s vision for the $2.5 billion Minecraft acquisition is snapping into focus. 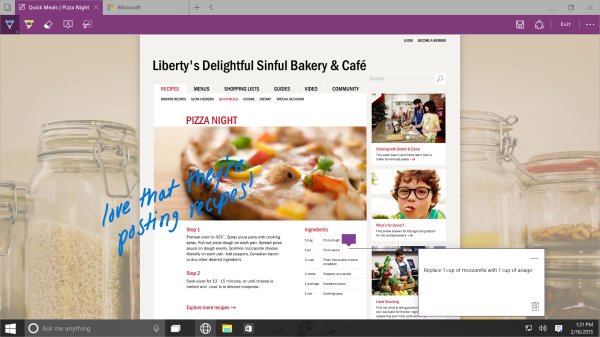 Here's the Official Name for Microsoft's Internet Explorer Replacement
Next Up: Editor's Pick