The largest outbreak of pneumonic plague in the U.S. in 90 years started with an infected pit bull, according to a new government report.

The Centers for Disease Control and Prevention announced Friday that four adults contracted the plague last summer after a middle-aged man’s 2-year-old American pit bull terrier fell ill with a fever and was coughing up blood. The man had the dog put down but a few days later he developed similar symptoms and checked himself into a hospital. After his condition worsened, he was transferred to another medical facility and spent 23 days hospitalized in all before recovering.

Researchers contacted 114 people who had come in contact with the dog or his owner and found three others who had gotten sick. Two were employees of the vet clinic that euthanized the pit bull and the other person had “close contact” with the owner and got the dog’s blood on her hands after it died. All of them reported getting a fever but none became as sick as the owner.

If the fourth case, the woman who had close contact with the owner, was caused by the man and not his pet, it would be the first time someone has contracted the plague from another human since 1924, according to the CDC, and the Colorado cases compose the largest outbreak since then. The illness is very rare in the United States; only 74 cases were reported from 1900 to 2012. 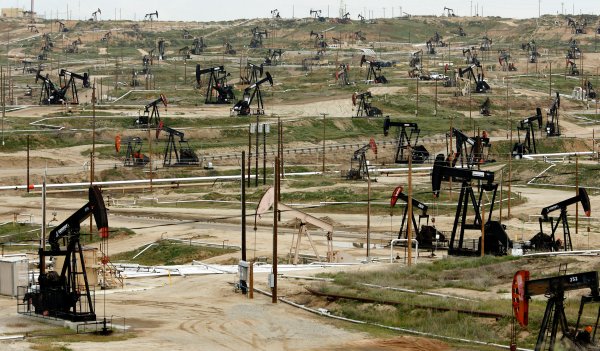 These Are America's Most Polluted Cities
Next Up: Editor's Pick