Heleine Tchayou, second from right, the mother of Charly Leundeu Keunang, a homeless man who was shot and killed during a confrontation on Skid Row by Los Angeles police, speaks at a news conference outside LAPD headquarters in Los Angeles, Thursday, April 30, 2015. The family of Keunang has filed a $20 million claim against the city. (AP Photo/Tami Abdollah)
Tami Abdollah—AP
By Noah Rayman

The family of a homeless man who was shot and killed during a scuffle with Los Angeles police in March is suing the city, attorneys said Thursday, and seeking a $20 million for wrongful death.

“He did not have to die!” said Heleine Tchayou, mother of 43-year-old Charly Keunang, through a French translator, Reuters reports. “Charly was a thoughtful and caring son.” Keunang, originally from Cameroon, was shot and killed on March 1 after police say he reached for an officer’s gun as they tried to arrest him for suspected robbery.

The family’s claim labeled Keunang’s death “a cop-created killing in which six heavily-armed, highly-trained law enforcement officers initiated a conflict with an unarmed homeless man and then less than three minutes later, shot him six times in the chest, killing him as they held him down on the sidewalk.”

The incident, which was caught on video, came amid greater scrutiny of police tactics nationwide and sparked protests in Los Angeles. 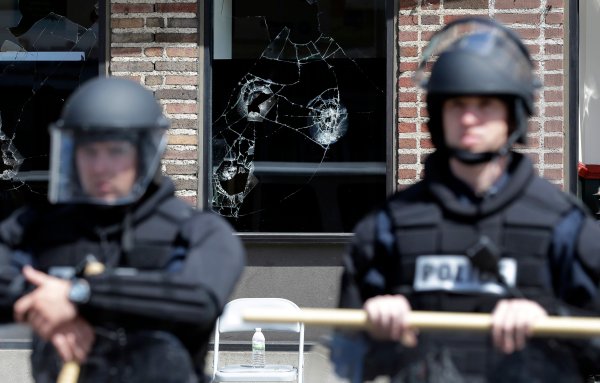