This article was originally written for Billboard.

I witnessed and was a part of the ’92 riots in Los Angeles, and you know the damage that did — not just to Los Angeles, but Watts, Compton, South Central and those areas. That happened when I was 11 years old. I remember looting and throwing bottles and jumping on bottles, jumping on police cars and just being angry. At the moment, it felt great. I felt like, you always hate the police for whatever reason. It all seemed cool for the moment, but now I’m 35. Looking back at what we did as a collective, a young black collective, we ruined our own neighborhood. Those stores which were in our neighborhood were no longer there and the other stores were 5 to 10 miles away, and it crippled our parents to have to venture out even further. I feel like we’re seeing the same things happening in Baltimore.

I’m not there [in Baltimore] to gauge the balance between now and the ’92 riots, but I understand the anger. I understand people wanting to be heard and being tired and fed up. I feel what happened to Freddie Gray was just another reminder of the neglect of the African-American youth in America and us as people. Look at how long we’ve been victims of the world. From slavery, from not being able to vote, up until our children. Young black men in general are targets. People [are] using unlawful force to take our lives. We’ve seen kids shot [and] beaten. We’ve seen everything. At the end of the day, we get fed up.

I’ve watched CNN the last few days, and they’ve called those kids “thugs” and “animals.” Everybody’s not a thug, man. We’re calling these young black kids and our youth “animals” and “thugs,” and it makes them more angry. We’re doing that when you’ve got thugs and animals that are police officers, firemen [and] congressmen. In Jeezy‘s voice, you’d call that “corporate thuggin’.”

The last time there were riots in Baltimore were in 1968 when Dr. King was killed. It’s not like people are walking out of their houses on a regular Tuesday or Wednesday and setting buildings or cars on fire. It’s always in a state of unrest and people are tired. I’m not taking away from any other race, white or Latino, but I’m talking African-Americans, just black people in general. The struggle and strive of black people just to get to an equal level. I’m not talking about Obama being in office [because] that’s amazing. That’s great. It’s another item we’ve accomplished; it’s something we can put on the walls and in the history books. But that’s minute compared to the struggle we’ve fought just to be looked at as an equal race for hundreds of years.

We’re living in 1984 when it comes to how force is used during these situations. In Mayor Stephanie Rawlings-Blake’s defense, there’s always something you can expect. As a mayor, as a city with your police departments, you can semi-prepare. I don’t think she knew the rioting would get that bad that fast. But one mayor and a few precincts in Baltimore cannot outnumber and outweigh the people who live there, the people who come out of their houses and take it to the streets how they see fit. I’ve seen politicians and others on TV trying to tell her what she could have done. Then again, this is a black mayor. It’s no different from a white mayor, but these are her people. She grew up there and could relate. What was she supposed to do? Unleash the police department? Have them shoot, kill at will and beat on kids? No. She stepped up and owned up to her comments, and as a black woman who decided to run for mayor in one of the deadliest cities in America, that’s bold of her.

I understand the anger of our African-American youth, but I also understand the outcome of what rioting does in your own neighborhood. Coming from the ’92 riots after we burnt everything down and f—ed everything up, we were pissed off because what we were used to wasn’t there.

I don’t like to think I can foresee anything, but I would hope she foresees how these kids are acting out, how they want their voices to be heard, because if there’s no indictment or charges of those officers, things could get even crazier. The police really killed Freddie Gray without reasoning and provided no excuse. As a people, we’re just tired. The words “animal” and “thug” [are] being tossed [around] in reference of our people, and I don’t like it. When our people have been oppressed, neglected, [with] poor education, unaffordable housing, lack of resources, [lack] of rights, [fought against] police brutality [and] racism… to be looked at as “thugs” and “animals” only shows that reaching out for help and change may be the wrong thing to do.

Baltimore hasn’t burned like this for 40 years plus. We’ve had the NAACP for over a hundred years. What have they done to prevent these things from happening? To show our youth that they’re in power and strength? Some change has been implemented, but the most the NAACP, churches and community leaders have done is exist. So as a young African-American man, what are we supposed to do when all the black organizations in place have apologized and tried for change but it hasn’t done much? After a while… when that doesn’t work, things get crazy.

—As told to Brandon Caldwell 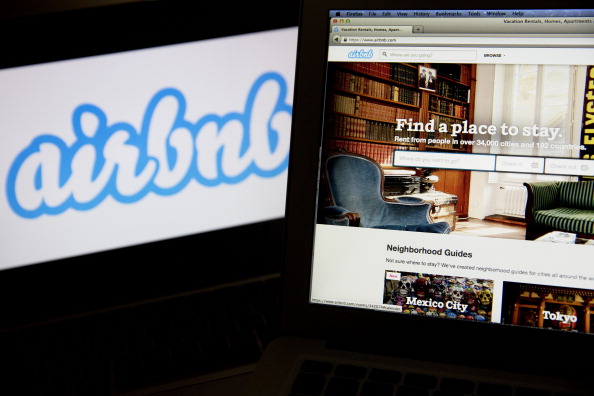 This House Was Totally Trashed After Being Rented on Airbnb
Next Up: Editor's Pick